They’ve got this genetic test they can do now so you can find out if your child is likely to excel in athletics. This test is particularly useful if your own observational skills are meager. They look for some kind of gene marker for speed and springiness. You can swab the inside of your child’s cheek and send in the DNA to the testing lab and for $160 they’ll let you know if he’s got potential for zip and is just being lazy, or if you should plan to spend the next eighteen years rolling him over on the sofa to prevent sores.

I suppose this kind of information helps parents with their day-to-day child micromanagement. With one tissue-culture they can find out if they should be pushing the soccer drills and saving up for a genuine Rumanian coach, or just buy the kid a clarinet and hope for something better next time.

My parents would have had it easy collecting my DNA, because I move slow and drool. But it would have been a giant waste of time. Testing me for athletic prowess would be like thumping a bowling ball for ripeness. I’ve never had any skills. If I were ever to excel in an Olympics, it would have to be a special one just for me, featuring trudge-scotch, stationary jumprope, tether-feather, and Red Light Red Light. One thing that was probably a plus for my mother was that she only needed to check on my whereabouts every half hour or so, because I couldn’t have gotten far. 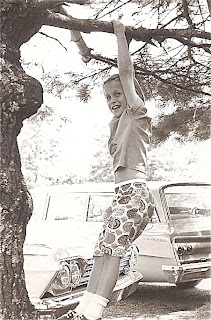 It was awful in grade school. Every day at recess the two kids who usually got to be captains chose their teams, and it always got down to me and the kid with flippers. I didn’t feel bad for myself. I had no part of my self-worth tied up in sports ability, but I felt sorry for the captains. I wouldn’t have picked me either. They’d stand there, shifting their weight from foot to foot, all anguished, and finally one would say “oh, I guess I’ll take him,” and the flippered kid would hitch on over, and the remaining captain would close his eyes in resignation.

I was exciting to watch in softball games, although it put the coach on edge. If I was on second base, there was always the possibility the batter would lap me before I made it home, and technically you’re not supposed to score the fourth run before the third. I read an article about the genetic differences between good athletes and us more torpid specimens, and took some comfort in it. It turns out that muscles are made up of slow-twitch and fast-twitch fibers. “So the sprinters naturally have a greater proportion of quick-twitch muscle strands,” I read to Dave. He looked at me and said, eschewing the minced word, “you don’t have any of those.” 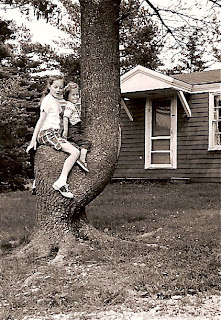 He has plenty. He runs bases like he’s an electron, and it’s a good thing, too, because the boy has a mouth on him. I, on the other hand, have had to develop my powers of ingratiation. Pokiness helps hone a sense of humor. You might be just as mean and opinionated as the next guy, but if you can manage to be adorable about it, people let you get away with stuff.

So I can’t see my parents shelling out for a genetic test for athletic ability. I can see them watching me execute a crumpled cartwheel or throwing a ball at my own feet and thinking: maybe she can draw.