I always have a reality show going on right outside my writing-room window, and these days I’m watching my soaps. It’s fun all year, but now it’s spring, when the new season gets underway, and they’re pulling out all the stops. Things are getting tense. The music swells. So do the testes. There’s pathos, and there’s romance, and there’s aggression.

The Windowsons are back. Or possibly the Windowsons’ grandchildren. I have no idea. The Windowsons and their kin have been nesting in the chickadee house one foot outside my window for six springs now. That gives me an exceptionally intimate view of them, and yet in all that time I have not been able to detect a jot of difference between them. As far as I’m concerned, if you’ve seen one Windowson, you’ve got a good idea what all the rest of them look like. 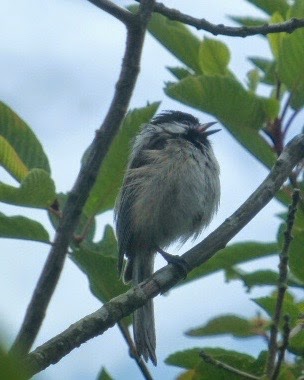 There are people who would know. My friend Julie Zickefoose would be able to rattle off their lineage down to the third-cousin level. She would be able to do this because she will have already noted a familial tendency to shrug the left shoulder upon perching, and further narrow it down to an individual because of a cowlicked nape feather or the quirk of an eyebrow. Even though chickadees do not have eyebrows, which is one reason I so relate to them.

Nevertheless, even though I am a shitty birder, I have enjoyed many an hour doing nothing but observing birds. Whilst simultaneously not writing. That’s right: I can do both at once. And this time of year is the absolute best time to watch birds. Everyone’s strutting a shiny new suit and everyone  has an agenda. And they do not suffer from my brand of confusion. Finches are busy pairing off with finches, and pine siskins are pairing off with pine siskins, even the ones I think might be finches. Meanwhile, they’re establishing boundaries. The Windowsons are particularly proprietary, because they claimed the birdhouse. They have lots to say beyond “chickadee-dee-dee.” They have voices they use only with each other. One of them will be inside the house working on putting the mattress together. The other will perch just outside and emit enough noise to be heard only by his or her mate (who the hell knows which it is) and one procrastinating writer. He or she will be all “how’s it coming in there?” and “if you wanted to fetch me a grub, I’d eat it” and generally just keeping the connection going.

But then someone else will show up. There’s a suet feeder a couple yards away. The itty bitty bushtits like it. But no sooner does a tit show up on the suet than one of the chickadees, easily twice its size, bombs in scolding like mad and knocks it off. BOOM.  And another shows up, and BOOM. BOOM. BOOM.  Then a big-ass flicker lands on the suet, and the chickadee is right on it, BOOM.  And the flicker, completely taken by surprise, falls off the suet and perches on a nearby branch to think about things. The chickadee, meanwhile, even more surprised, snaps onto a distant branch and is suddenly uncharacteristically quiet. Holy shit, the chickadee is thinking. I totally didn’t mean to do that. Holy shit. Dude is huge. And the flicker shakes it off and goes back on the suet, and the chickadee doesn’t say a word. Not until the flicker falls bloated off the suet, and then the chickadee makes some parting shot about its mama and shoots into the birdhouse. 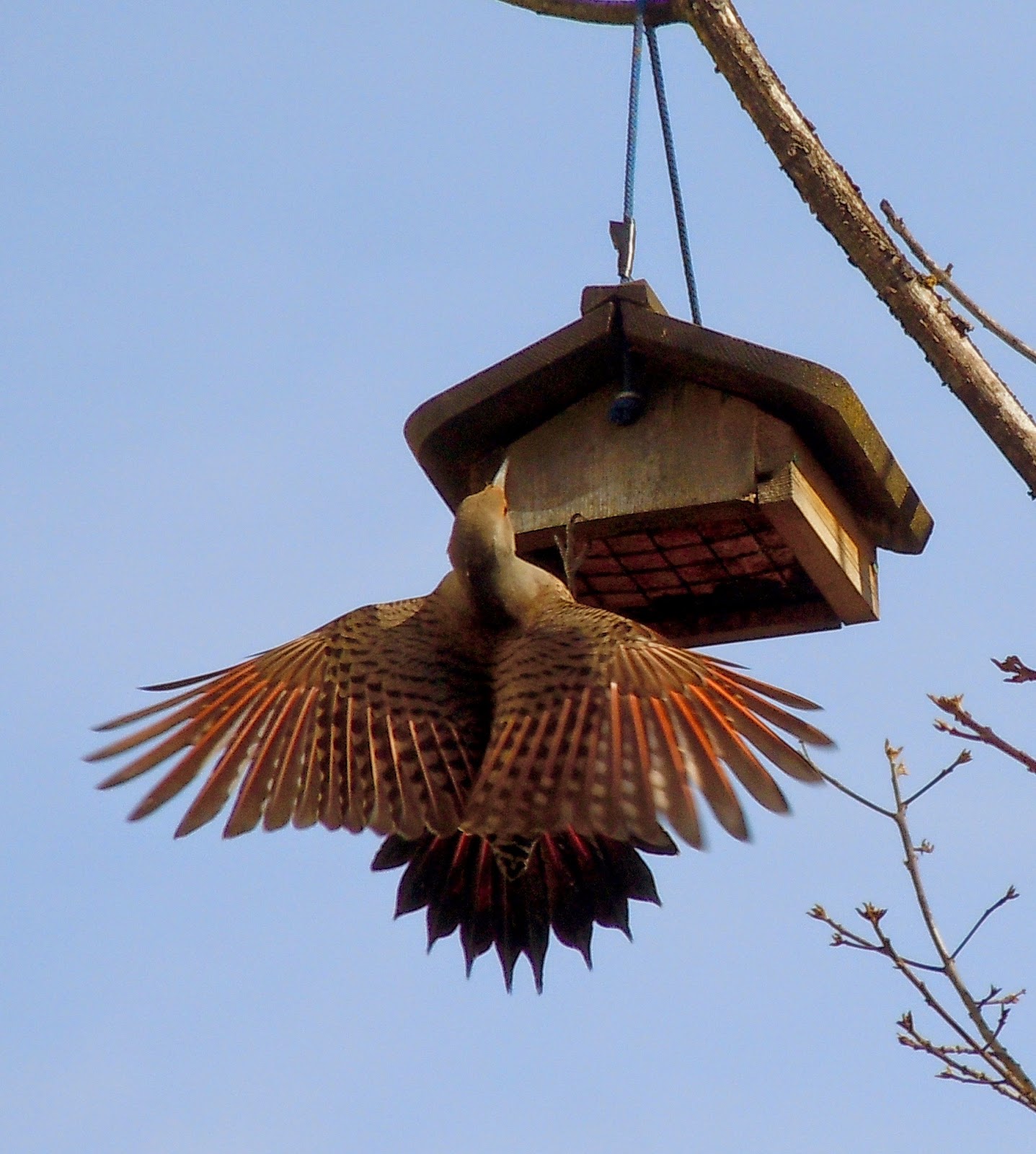 And I observe it all. So it cannot be said that I’m unobservant. It can be said that I don’t know one species from another, beyond the basic backyard set. And even those I’m a little foggy on, especially if they do not arrange themselves in the same position as the birds in the field guide. Could you turn and face the right? It’s like I’m running the line-up down at the police station.

In spite of my limitations, I am once again going to humble myself by getting in a van with a bunch of real birders and hold down the stupid end of the back seat. These are people who can reliably assign a dot in the sky to a species before I have ruled out “eyeball floater.” They can pull one single thread out of a blanket of birdsong and drop it right into the correct slot on the check-off list.

I can’t find the splinter in my underpants even though I know exactly where it must be.

Songs, hell. They also speak Chirp. “Hear that? Savannah sparrow,” they say, pointing into the grass.

They frown. “More like tsip, tsip,” they say, helpfully.

How can real birders do this? A number of reasons. They’ve put a lot of time in. They have made a study of it. And, most important, they’re complete freaks. 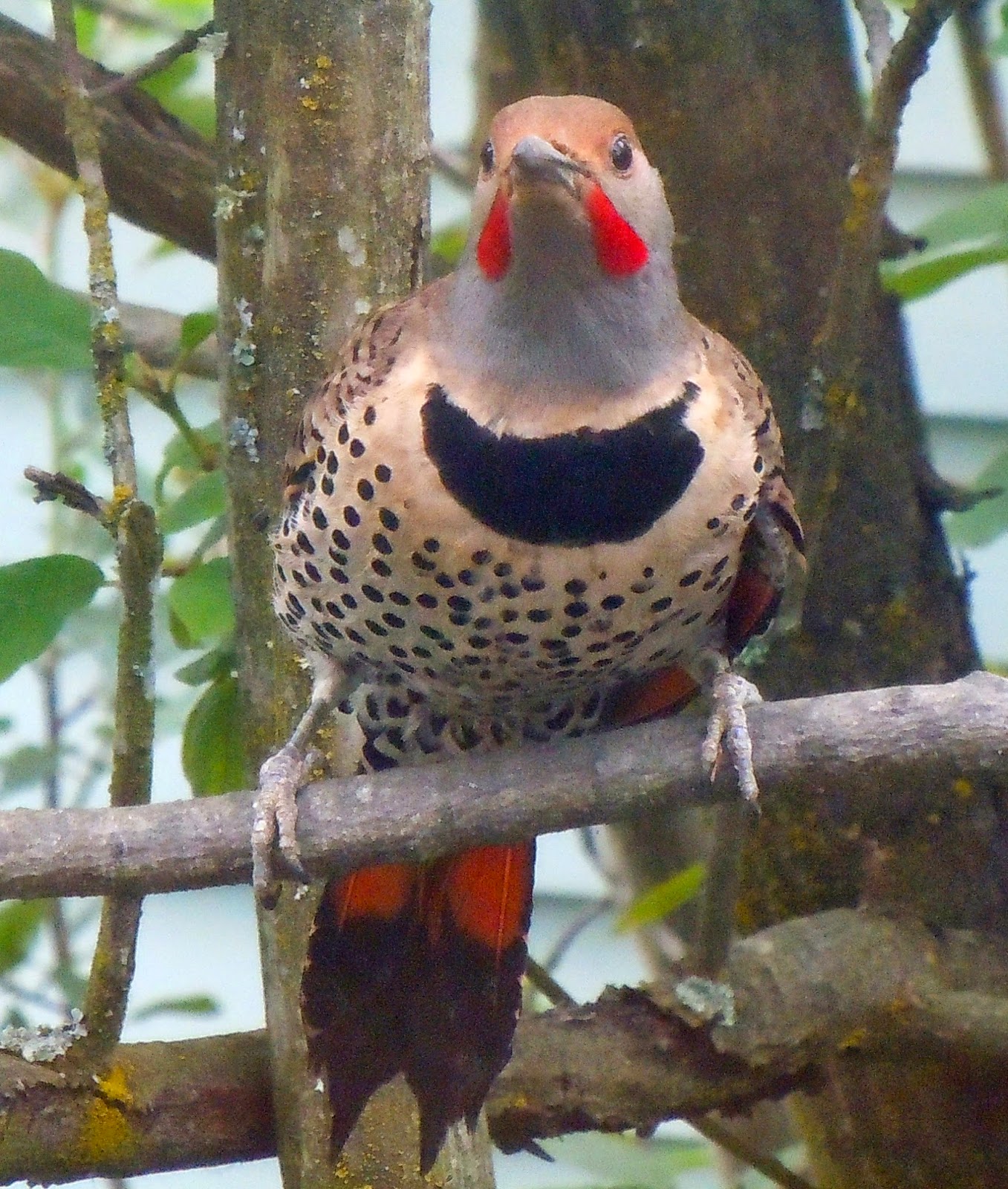 Well, I’m not afraid of getting in a van with freaks. I used to do that in the old days all the time, when the van was guaranteed to break down and nobody had any money or a phone and all we’d brought was some pot and a bag of Oreos. It worked out.

So as you may have surmised (speaking of writing checks for random people at the door), it’s the annual Birdathon fundraiser. The twelve of us are going to try to make a little money for Audubon. Audubon does many wonderful things like conservation and advocating for wildlife but my personal favorite is outreach and education for kids. Audubon Society is in the business of teaching kids to give a shit.  Eventually that produces voting adults who give a shit. Giving a shit is good. If you do, I’d be plenty honored if you wanted to sponsor me. It’ll get you a Portland Audubon membership, too.