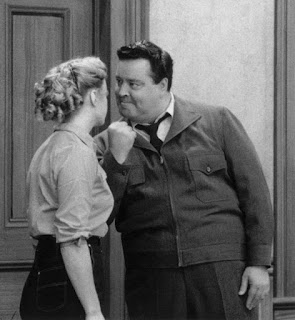 Good news for anybody who thinks we haven’t dumped quite enough carbon in the air! Now, thanks to Mesoloft, you can drop a nice wad of it all at once, if you have enough scratch. Specifically, you can dump your mom, say, or anybody else who has shuffled off the mortal coil and been baked up tidy. You can have cremains sent way up on a weather balloon and released, and conceivably float burnt bits of your loved one all over the entire planet, as long as the trade winds cooperate–and as a bonus, you can add the trash of the balloon itself after it explodes due to low air pressure and drifts back down to earth, hopefully not into the gut of a turtle. I’d call the whole project a waste of helium, but tastes differ.

Mesoloft says your loved one will drift serenely over the oceans and mountains and eventually come back down to earth in the form of raindrops or snowflakes, even if they’re Republicans. Thus the dreadful earthbound experience of scattering ashes into a breeze that suddenly turns on you will be replaced by the tantalizing possibility of exposing everyone on the globe to little bits of dead person.

This is indeed a lower-cost alternative to blasting your loved one into space, but of course you don’t quite get all the way to space. You get to the Edge Of Space–there’s probably a sign–about fifteen miles up, or down, depending on your perspective. There are other outfits that can get you farther, into Earth orbit, say, or to the moon, or even outside of the solar system. It all depends on how much money you have and how much you loved, or hated, the deceased. Some people are intrigued by the idea of having earthly remains circulating among the stars. Of course, we all will do so eventually, in a few billion years, so this is just a way of getting the jump on things. The space people describe their package as “environmentally benign,” which is so, I guess, if you don’t take the rocket fuel and such into consideration.

The deep space option will set you back over twelve grand, though, so it’s a good thing the homeless have been housed and the hungry fed. Still, it seems a pity that for all that bacon they’re only taking a smidgeon of Mom with them, an amount they have branded as a “symbolic portion,” and you still have to find a stream to pollute with the rest of her right here on Earth.

This makes the Mesoloft balloon the low-cost version, plus you can get rid of all the cremains if you want. With your basic package you will get a video of the release of the ashes at the edge of space, something, the proprietors insist, you can enjoy over and over again, but I for one did not find the footage as enjoyable as one might. One has visions of a sprinkle of stardust swirling over the big blue marble, but even in the advertising video the reality looks much different. It looks like a sea urchin taking a dump. Boom, blap. Once the video has been recovered, you can have the whole show on a USB drive, which you can totally put a price tag on–it starts at $4,500–and then, if you allow yourself to think about it a little too much, you have now ruined the experience of letting a snowflake land on your tongue for the rest of your life.