Staying Up For The Game 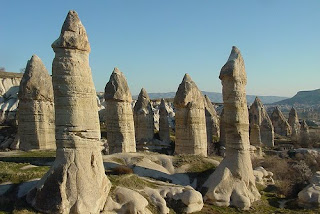 The World Series got me in front of a TV again, which is good, because I’d been falling behind in my pharmaceutical ad consumption. I can’t always tell what the pharmaceuticals do, but that doesn’t mean I don’t need them. I loved the one a few years back about the little blue pill you can take that sharpens up your athletic ability. Before the pill, the fellow couldn’t hit the broad side of a barn with a football, but afterwards, man, he was just poking that baby right through the center of a swinging tire, just drilling it, wham wham wham. Hell of a pill.

So they have to mention all the side effects, too, which is how we’ve all learned that four hours is about the limit for having an erection, after which you should see your doctor. I don’t think they mean eighteen-year-olds, who should see somebody else. The first hour of the erection is the one you’re interested in, the second and third hours are for display purposes only, and then you’re just sort of counting down the last hour with your doctor on speed dial. Of course, you’re not going to be able to just pop in on your doctor, so you’ll have to go to the emergency room. I’m thinking there is probably a way to make a grand entrance into the ER that will get you right at the head of the line and into a private room in front of the gunshot wounds and heart attacks.

They don’t say what the doctor is going to do about it. The problem, as I see it, is that there is too much blood in one place, and it needs to be encouraged to go somewhere it’s in short supply, such as the brain. The four-hour erection happens when the brain feels neglected and goes into a complete pout. “Don’t bother sending any of that blood back up here,” the brain sniffs. “I still have no idea what you were talking about with that betting system that’s guaranteed to beat the casino. As far as I’m concerned, you’re on your own, Big Boy, and God forbid you should read me a little Jane Austen once in a while.” 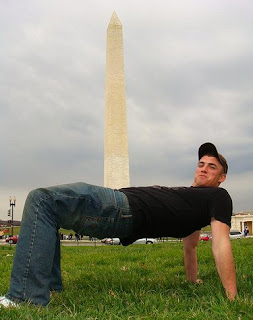 . I got my windshield wipers stuck in the “up” position once, and it just turned out to be a matter of loosening the nuts. But I do remember a particularly obstreperous Jeep from my early days as a letter carrier that might shed some light on this condition. It was hell getting that Jeep to start. You had to pump it for a half hour. Once it finally got going, it had an idle set to about 8,000 RPMs, and you drove it standing on the brake. Darn thing wouldn’t shut off, either. You could turn it off, take the key out, walk away, and it would still be going when you came back five minutes later. What we figured out how to do was to cut the engine when it was still in drive, stomp on the gas, and then it would backfire like mad and shudder to a halt. It’s worth a shot for the four-hour erection, too. So that’s cut it, stomp on it and plug up your ears. I’m pretty confident about this suggestion because it’s not my penis.

There’s a lot of good free advice on those ads about when you should see your doctor. I generally keep my own counsel. I had some little totally unauthorized thing growing inside of me at one point that was supposed to be harmless, but which had begun to slouch against my bladder to the point that–under certain conditions–it sort of clamped down on my urine flow. I was on the horn about that to my doctor right away, and mentioned the problem, right after asking if Crestor, Spiriva, Prevacid, Levitra, Rituxan, Aredium, Actonel or Evista was right for me. She told me that it was probably all right as long as urine was still coming out, but if it shut off completely, I should get in to the hospital right away. No, really? Let me jot that down.