Strangled By The Arms Of Morpheus 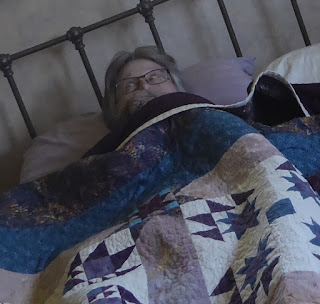 I’m weirdly pumped about our big earthquake. We haven’t had it yet but everyone promises, absolutely promises, we will. We’ve got an ancestral rip going on under our feet that is just itching to cut loose and there won’t be anything subtle about it, either. So most people are afraid of it, with good reason.

Not me. And not because I am a brave person, but because I have only the shallowest acquaintance with reality.  Let me give you a quick tour of my brain. You can pretty much take in the whole thing from the front door.

You know those people who spend a lot of time worrying about stuff? People who anticipate the future so as to make plans and forestall disaster? You know, prepared people? I’m not one of those. I have a vivid imagination and tend to use it in a way that makes me feel better instead of worse. 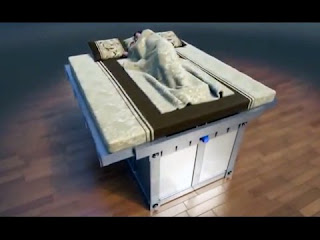 For instance, I always envision our big earthquake happening when I’m asleep. I do assume it will be terrifying. Apparently there is complete unanimity on that, but the actual nature of the terror is difficult for me to imagine, so I don’t. Much of the house will come tumbling down and I will somehow end up on the ground floor surrounded by dimensional lumber and sheetrock dust, but not in a pinning sort of way. It will be shocking, but I will be on a nice pillowtop mattress at the time. I might have a broken bone or two, but–as I picture it–it won’t hurt much. I will crawl out from under the rubble dragging my useless but somehow pain-free leg, and I will be able to locate the peanut butter in the ruined kitchen, even without my glasses. It will be at a time of year it is not too cold or rainy. Friends and neighbors will emerge here and there, dusty but with a renewed faith in the goodness of humanity and newly appreciative of the important things in life: friendship, love, and the sharing of potable water.

I have read enough about our particular situation to know that we’ll get shooken but good. Most of the ground beneath our house was deposited as a big gravel bar during the Missoula floods and in a major earthquake (the kind they absolutely promise we will have) it will turn into pudding. We’re on a plateau, so we don’t have to worry about our house sliding down a hill with the mud, but we shouldn’t count on it staying upright, either. The house will be a wreck but after all we’re way too wedded to our material goods already, and it will no doubt do us good to remember that.

So. That’s what I imagine.

But that’s before I heard of the new Earthquake Bed, which I actually can imagine. The new earthquake bed looks like a regular bed, but when it senses an earthquake the mattress suddenly plummets four feet and a metal box flings up and slams shut over you like a Venus fly trap, leaving you entombed in the dark whilst the planet thumps violently. It’s like being dropped into a tyrannosaurus face. Fun!

It comes equipped with emergency rations and water and such, but I don’t anticipate using any. There’s probably something in there that will record for posterity the precise moment my heart blows up. The good news is I’ll be pre-casketized.