Summer’s Just Around The Corner, But It’s A Very Long Block 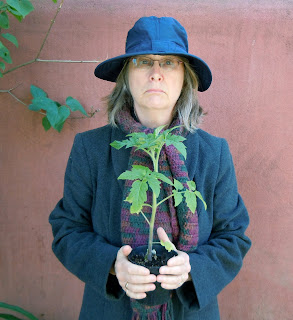 It’s coming up on Memorial Day, the day Portlanders traditionally begin to think about putting out their tomato starts in a few weeks, say, early June, which is our name for early July. At least the old-timers do. Newer immigrants have had their tomatoes out since the official date of the last expected frost, April 15th, and there they remain, precisely the same size a month and a half later, unchanged except for a morose aspect. By Memorial Day the plants will be overcome by gloom. Word might be getting out, however. Nurseries report a decline in tomato-start sales over the same period last year. Upon further analysis, it turns out that the people who believe they can grow a tomato before June in Portland are the very same people who believe the world will end on the 21st of May. We’ll miss them.

Nothing says “summer” like a tomato. They are born of heat; their very flavor recalls barbecues and beer, muffin-tops, shot-off fingers and the disturbance of the peace. Here in the Willamette Valley, too, even the smell of a tomato is evocative. We bite into its luscious flesh, seeds and juice streaming down our chins, and close our eyes–it speaks to us. It says “five minutes before winter.” It says “time to put the studded tires on.” There’s nothing like it. We quiver with anticipation as they begin to blush during the World Series. Tomatoes are Red Sox fans, too. 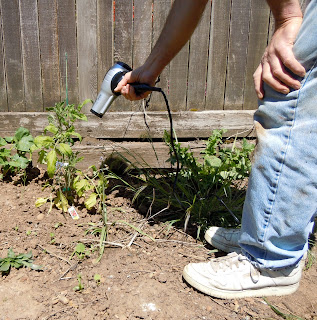 It would be swell to have them ripen a little earlier, and plenty of people try to make it happen. Heat is the key. We throw everything we have at it: black mats and heating pads and the Wall O’ Water and hair dryers and the Hanford Nuclear Reservation, just upriver. Even the neighborhood cats get in on the action, rumpling up the soil and depositing something warm, but it’s no use. We plant varieties like Early November Girl or Beefmaybe, anything advertising a ripening time of 65 days or better, and they’re as good as their word. The problem, of course, is that the 65 days are not necessarily consecutive.

There’s even talk of giving them a little boost with artificial growth hormones, but that’s a chancy proposition. No one wants a repeat of the recent exploding watermelon fiasco; on the other hand, their use in chickens did jumpstart the nugget industry.

We’re a sweet and silly bunch, we Portland tomato growers, a group that is all too easy to make fun of, but I salute this cadre of groundless optimists, disdaining the easy pleasures of this modern world and looking forward to our dubious harvest. We plant–yea, even unto the end of the driveway, with prayer, faith, reverence, and a little lime and eggshells, and bless our gullible hearts, we patiently await the rapture. Bacon and lettuce at the ready.