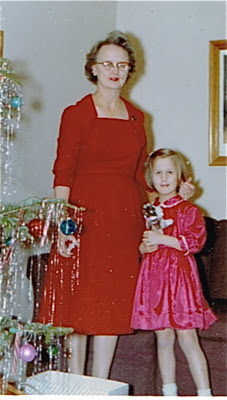 1958. I would have been wearing a dress, which wasn’t ideal. Even if it wasn’t scratchy, it limited what you could do, if you were brought up proper. Somersaults were out, and also dirt. Dresses enforced primness. So I would have been perched on the edge of a wingback chair. What Mommy and I were doing was “paying a visit.” It probably wasn’t longer than a half-hour, an eternity to an indulged little girl on a sunny day, but I was raised to be polite, which included practice in not having everything my way. Yes, I would have preferred being outside in my play clothes, but I understood my obligation to be on display. There would be a pot of weak coffee on and I would sit up straight and say yes ma’am and please and thank you, even for hard candies. This didn’t take much effort, but it thrilled adults no end. Especially the really old ones, like this one.

The old lady would beam at me, her face pleating up every which way, and extract basic information from me about age and grade level, and then I would be released to explore the apartment. It was a one-room apartment and it smelled funny: a sour kitchen odor from some kind of food we never had at home, face powder, and underneath it all a suggestion of decay, veiled in rose water. Dark furniture prevailed, bone-fragile, watched over by antimacassars and tatted linens. Porcelain dolls in satin frills stared out from behind glass. I knew these were expected to delight. While I pretended to admire the dolls, Mommy absorbed compliments about me and assured the old lady that I could be quite a handful at times, and when their conversation finally drifted into other areas, I edged over to the tray of captive African violets yearning toward the window light and petted their furry leaves.

“I’m so happy you dropped in, Hazel. My niece and her family are coming by Christmas Eve. They keep asking me what I want, but this is all I want. I don’t need a thing!” 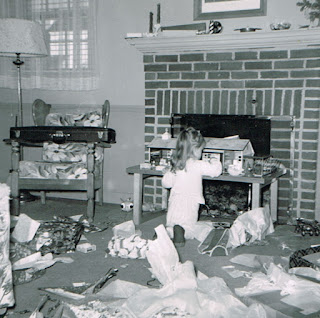 “I know just what you mean. There comes a time you just don’t want any more stuff,” Mommy said. It was incomprehensible. I loved my mom, but her annual answer to “what do you want for Christmas” was useless.  “World peace?” she’d shrug after a moment, and where does that get you? It’s not that Christmas was about the gifts, so much. If I got one good stuffed animal I was good to go. But the rest! Stringing the lights on the porch. Hanging paper snowflakes in the window and plugging in the electric candle. Frosting sugar cookies and shaking on the sprinkles. All of it filled me right up. Sometimes there was actual snow. Every year I’d lobby hard for more lights, but ours was not a house of excess. The tree would be paid for early on, but it had to wait propped-up against the outside of the house for a few days, learning how to be polite. Then just before Christmas we’d bring it in and Mommy would put on a record of carols and my sister and I worked on smoothing out the wrinkles from last year’s tinsel and Daddy would mutter at the light strings with an abridged dad-gum vocabulary, trying to find the bad bulb.

The old lady had a tree up too. I measured out my tour of the room, lingering at the sights so that I wouldn’t run out before the Visit we were paying was over, and I saved the tree for last. The base of it was at eye level, on a sideboard near the window. It was two feet tall. More of an amputree, really. And it was made out of tin foil or something, a sculpture of scarcity. Mommy was remarking about how nice it was, calling it a “table-top tree” as though that were a real thing, but it was the saddest thing I’d ever seen. Poor old lady. She couldn’t move fast enough to disrupt an antimacassar. She could wear a dress all day long and not mess it up. She might really have wanted presents, but there wasn’t any room for them under her little tree. “I like old people,” Mommy told me later, but it didn’t make sense. To be old was to have accepted a life of deprivation. It was sad. And the proof of it was, I was considered some kind of highlight just by showing up. 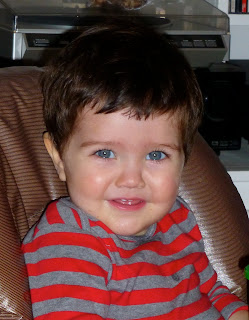 2012. The season has really merried up since we decided not to exchange presents anymore. We have way too much stuff already, and more would be an anchor on the heart. Dave’s making pounds and pounds of almond roca and will spray it all over the neighborhood, and the world. I’ll crank up the Messiah soon and see if I can score an invitation to go caroling. I’m sure we’ll get a present for the little boy in our life. We’re really looking forward to seeing him. All he has to do is show up and be himself and it will fill us right up. We might get a little tree. We might not.