The Brazilians Killed The Lice 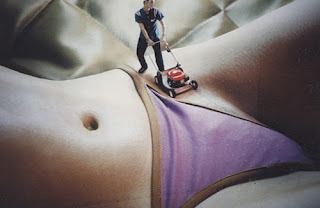 I was eating an ice cream cone the other day when I tipped it a little, to discipline a drip, and the whole scoop fell out of my cone. My immediate reaction was to cry like a little girl, but I didn’t. Get hold of yourself, I said. You’re a grown woman. Pick the scoop off your left breast and jam it back in the cone. Evolutionarily speaking, it is indeed the horror of dropped food that caused women’s breasts to swell and men’s bellies to jut out like a TV tray. There is no similar rationale for the development of pubic hair. That has nothing to do with us; that’s just something the lice cooked up.

The lice are suffering a terrible decline, we’re told, because of the usual culprit: habitat destruction. Critters get so well-adapted to certain niches that any disruption can have devastating impacts on the population. Mow down the milkweeds and Monarch butterflies are at a loss. Burn a jungle forest and lose the whole snake population. Slice off the entire Appalachian Range to get at the coal seams, and lose the mayflies, salamanders, squirrels, migratory songbirds, clean water, berries…stop me anytime…which is not to say we shouldn’t do it. Because gosh, weren’t we warm and well-lit for a little while there? And now the mountains are suitable for bocce-ball. Can’t hang a price tag on that. 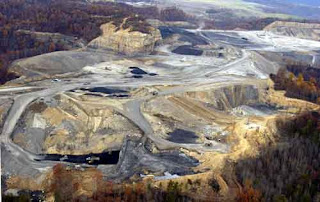 So the pubic lice are running into the same kind of problem. They’re specialists. There’s one place they’d like to be–same place a lot of us would like to be–and they don’t have another plan. They’re like folks on the Jersey shore. Hurricane comes in and rips away their homes, and all anyone wants to do is somehow put the sand back and start over. The real housewives of New Jersey are not moving to Iowa, and the pubic lice are not developing condos in Greater Metropolitan Armpit. So they’re in trouble. And why? Because enough people are landscaping their hoo-hoos now that they have nothing to hold onto. The boardwalk has blown away.

I found this startling. How could enough people be waxing their nethers to threaten a perfectly sturdy arthropod population with thousands of years of success? But apparently, in a certain age group, up to eighty percent of women AND men spend time and money tidying their personal scenery. Brazilians, Landing Strips, and the works. And that age group tends to coincide with the same group that likes to swap pubic lice on a regular basis. This is new to me. I came of age in an era in which we regarded each defiant follicle as a political statement. We liked to study eastern philosophy and read books by dead Germans and do twirly dances in the middle of the street, and we didn’t know how to weld or fix our own cars or hammer a birdhouse together but by God we could grow hair, and that’s what we did, like Chia pets with ambition. 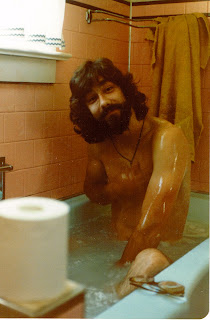 For women, that meant not shaving legs and armpits. Nobody shaved pubes anyway, except for the bits that straggled outside the bathing suit, which were considered more unsightly than the patch of raised red bumps we replaced them with. For ten years or so women strutted their leg hair, until the war went away and they were able to get credit cards in their own names and people quit paying attention and the Eighties came along and disco music and everyone started shaving again with a sigh of relief, because honest to God, they never really got used to all that leg hair.

Things have changed for me. I don’t hang out in the same neighborhoods as pubic lice anymore, and landscaping would be a redundant exercise for me anyway. Post-menopause, I couldn’t even achieve a landing strip without a combover.

Swear to God, I was planning to write about ice cream.