The Cow Shit Truck, And Other Stories 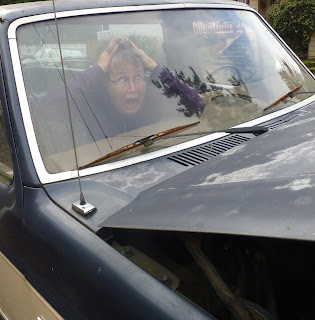 Every time we walk past that spot, I smile, thinking of the time, thirty years ago, the pickup truck we borrowed to get a load of manure broke down right there, and I sat in the cab as Dave popped the hood, had a look inside, and walked into the business establishment ten feet away. Five seconds later he was back out again with a fire extinguisher, and I shot out of the truck like a Heimliched meatwad, visualizing the tremendous explosion, the ball of flame, and the ensuing rain of Murr fragments mingled with aerosolized cow shit. I mean, come on. I’ve seen the movies.

“It was just a small fire on a wire. It had burned itself out by the time I got back. I just didn’t want to do any damage to Scott’s truck. I would never,” Dave says, with a bit of tension in his voice, every time I bring it up, “endanger you in any way.” 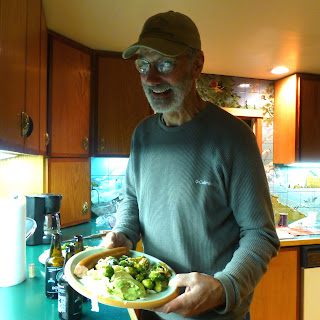 And that is probably true. After all, the man has made dinner for me virtually every night for forty  years, and if he’d been at all interested in doing me harm, he’s had plenty of opportunity. But he never poisoned me, except that once, and he didn’t feel so hot then, either.

So I’m sure he had assessed the situation correctly and I was never going to perish in a spectacular and yet comedic fashion that would have lived on in video to this day. But I can’t say his record for this sort of thing is entirely spotless.

There was that stormy night I lay awake listening to a gale-force wind slam into the thin old window directly over our bed. “Wake up,” I said. “I think that window’s going to come in on us.”

It’s hard to say if Dave woke up all the way. His mumbling seemed designed to maintain unconsciousness. “That window has been there for seventy years,” he slurred between snores. “It isn’t going anywhere.”

I’m easily comforted. His word was good enough for me, and besides, it made sense. Two seconds later an especially mighty gust hit the south side of the house and Dave launched himself horizontally into the air and on top of me like one of those safes that’s always falling out of buildings in the cartoons, to shield me from broken glass, and a minute later, when I could get my chest going up and down again, I thought it was sort of sweet. Plus it was an acknowledgement that I might have had a valid concern. To be fair, he was also correct about the window, which was still sound. 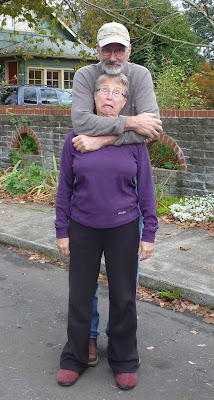 Then there was the time I broadsided a deer with my Subaru, and while the deer sprang up and bounded off to die courteously somewhere else, my hood was so crumpled that it wouldn’t shut. Dave tied it down tight with the only thing we had, a bungee cord, and we took off again. Later, at highway speeds, I looked nervously at the hood bouncing around with the wind getting under it, and said “I don’t like the looks of that. Do you think we  should pull over and do something about it?” and Dave said “It’s fine. It’s not going anywhere.” BLAM.


Really, it’s not often you get vindicated that fast. There we were doing sixty on the highway and the hood whacketed open and hit the windshield and folded back over the top of the car and we had to stick our heads out the windows to locate the shoulder, where we sat for a few trembly minutes, and Dave said “wire might be a better idea.”

As long as it’s not on fire.