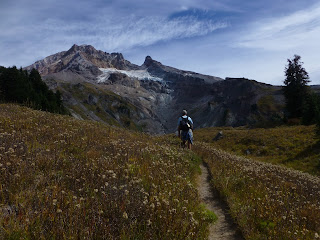 Not all that long ago if you had a baby, nobody knew about it except the folks in your cave, or the next farmstead over. Maybe some of your family took off for the hinterlands years ago and you’re lucky if you ever get a letter, scrawled out by candlelight and stuck hopefully in a passing saddlebag. You might not even want to write to them about your new baby because by the time they 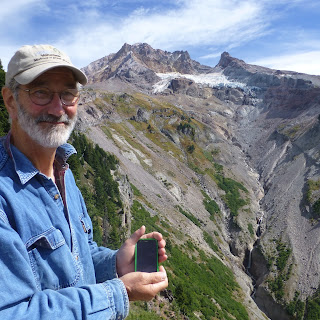 get the letter it could have been taken by the yellow fever, or one of the other colored fevers.

Even at the time I was born, and for quite a few decades after, people had to wait for the baby to hit air before anyone knew a thing about it. First thing anyone said, including the woman who’d been harboring it all those months, was “what is it?” Like maybe it could have been a badger or a hamster or something. Oh, some busybody might have made pronouncements about the nature of the baby in utero by dangling a threaded needle over it, and declaring it was a boy if it swung in a straight line, or a girl if it swung in a circle, but that’s totally in Ouija territory, and just as accurate. Mom would send out a batch of pastel greeting cards to her home-town friends with a big-eyed baby painted on the front and “It’s a girl!” or “It’s a boy!” printed inside, and the closer family members would get a black and white photograph tucked inside too, of a squinty and irritable-looking critter that in no way resembled the adorable infant on the front. 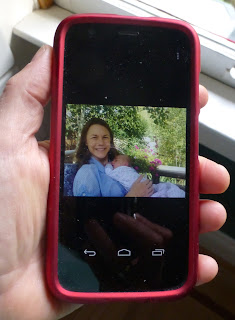 Yes, every now and then, but not that often, the question “what is it?” would be answered with a rumpled smile and a quirked eyebrow, because the answer was complicated and not that clear, and the infant would be handed back to the doctor with the instruction to “make it regular,” and there would be decisions and incisions, and maybe everything would work out, but not always. Hallmark failed to produce cards that proclaimed “We don’t know what it is!” But maybe they do now. Things is diff’rent.

Still, when I was born, mail service was quick and cheap, and Grandma and the relatives could rely on getting updates throughout the year and maybe another photograph at Christmas, but nobody expected to be kept apprised of all the details. That is how a child who would be over the moon to receive a stuffed animal, any stuffed animal, kept getting dolls and sweater sets from the aunts. Not enough information. But that’s just the way it was. 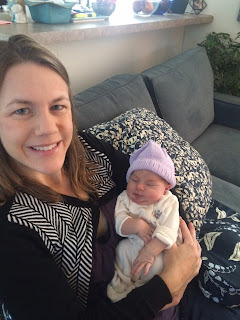 These days, there is nothing on this planet that doesn’t fit in our pockets. Not for Dave and me–we’re back’ards. We’re not as smart as our phones and we get back at them by leaving them behind most of the time. We live in a constant state of underinformation that would quake a younger soul. But let me tell you about this thing.

There we are on a mountain. We’ve hiked eight miles in from the nearest road. We’re peering over a ledge into a ravine at a river that threads all the way down from a glacier in a mighty peak, and there’s a tweedling coming out of Dave’s shorts, and it is a photo of our niece and her brand new baby, her beautiful much-anticipated much hoped-for actual baby girl, in pixels shot through the ether from a thousand miles away and reassembled in Dave’s phone in the wilderness, and we burst into tears at all the beauty, and all I’m saying is no matter what you think, that is the damnedest thing. It is.