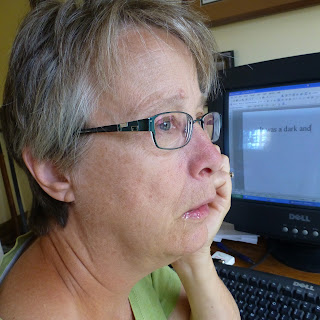 I’m indebted to my friend Jessica Morrell for alerting me to the words of poet John Ashbery, who declares that wasting time is a critical part of the creative process. And that the time must be well and truly wasted. There must be no laundry done. I seized upon this theory like a billionaire who hears about trickle-down economics for the first time and believes it with all his pea-sized heart.

And I want to believe it, because it certainly puts a shine on some behavior of mine that might otherwise seem untoward. I spend a lot of time looking sort of unfocused. My eyes haze over, my jaw drops a little, there might be a little drool, followed by–in time–some crustiness. I’d much prefer to refer to these episodes as the crucible of creation rather than something less sexy, like dunderheadedness, or rabies.

Besides, it sort of works. If you don’t know which synapses are going to go off in your brain at any time, and make which connections, it’s best to just leave the entire apparatus wide open. Keep it perforated like a box you’re storing crickets in, and listen for the chirping. Mine is well ventilated indeed. I can tell because stuff drops out of it all the time, but stuff also drifts in, and if I can sling a neuron over it before it hits the other side, I’m golden. 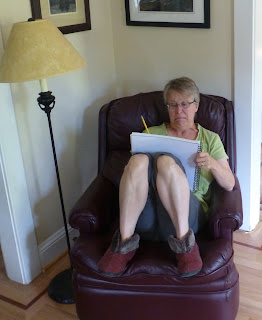 I don’t know which is worse: the moronic gaze of the writer, or the thing that happens when I draw. If I’m drawing something with a face on it, my whole face assumes the expression I’m trying to depict. That would be fine, socially, if I were sketching a Madonna, but it’s much more likely to be something like a constipated meerkat. It can be a little alarming to the casual observer. “Are you in pain?” the casual observer might ask, and he doesn’t get a response right away, because the act of drawing confuses the passage of time for the artist, and it takes a while for the question to filter in. “No,” I’ll say eventually, blotting a bit of drool off the paper, “it’s the meerkat,” and I’ll point helpfully at the sketchbook, and he will smile and back out of the room.

This is the main reason creative people wish to be left alone. And also the reason they’re likely to get their wish.