My insurance company sent me a card on my birthday, just like Grandma used to do, only instead of having a five-dollar bill in it, it had a home colon screening kit. I sent Grandma a thank-you note every year, but these folks want something different.

It’s pretty easy, but you do have to think about it. Weeks can pass by when you do what you’re used to doing and then go, oh crap. I forgot to do the kit again. And it’s a little problematic because most of the time when I’m on the toilet all kinds of things can happen. Well not all kinds, but one thing or the other. And in this case, you don’t want the One thing, you just want the Other thing.

But finally I remembered to get out the kit at just the right time, at the E.T.A. of the B.M., and I unfolded the tissue paper and laid it neatly on the water surface, and everything was going just fine. Then you get the little twiddle stick and twiddle it in your Issue Of The Residuum, pack it away, and mail it off. It’s a tiny twiddler. It looks like a toothbrush for a shrew. You only have the one shot at it, but I had a lot to work with, so I picked a particularly nice spot to twiddle. You don’t want to be sending off a corn kernel on a stick.

I packed off my nice sample, fine of texture and hue, and then I cleaned up per usual and gave ‘er a flush.

I will pause here to note that I have never plugged up the toilet I use regularly, as it were. My toilet and I are on the same page. Other people have plugged up the toilet. Or more often they make it run on and on. We have a toilet with a little handle in the center of the tank. I thought it was adorable when we picked it out but it has its drawbacks. You are supposed to pull it up gently, but for some reason guests like to reef on it like they’re starting up a lawn mower, and then the little chain gets overexcited and bunches up, and the toilet runs on and on. And because you can’t just take the tank lid all the way off, because the chain is attached to it, you have to try to fix it blind with your arm jammed under the lid.

But I have never plugged up my toilet. Until now. 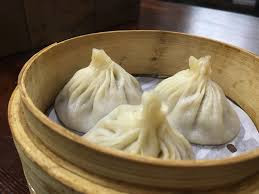 I flushed gently, and watched the perfectly centered tissue paper fold up neatly around my production like a Chinese bao–oh, let’s go ahead and call it a Dumpling–and wedge itself in the go-away hole. And there it sat, a big toilet bolus. It wasn’t awful to look at or anything–it was very neatly wrapped indeed. A bow wouldn’t have been at all out of place.

I’ve certainly plugged up a toilet before. Not mine. Notably, I once visited a world of hurt on the spotless bathroom belonging to an obsessively tidy gentleman who threw himself off a bridge shortly after the incident, and I’m not even kidding. But my record with my own toilet is clean. So this was a situation. Several flushes served only to send the water level to the uh-oh zone. I was not at all inclined to sacrifice a barbecue fork, although I believe a simple perforation would have done the trick. Finally I annoyed the bolus with a plunger and it slipped the swirly bonds. No harm done.