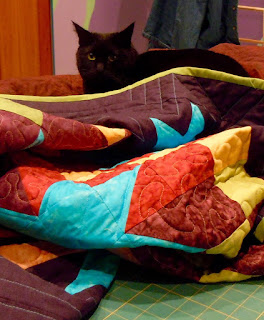 It’s quiet at first. Tater the cat has been swatted off the keyboard or plucked off the newspaper or punted from the quilt-in-progress or otherwise discouraged from expressing herself inconveniently. Minutes slide by.


It is important to not reward this activity by running into the dining room waving your arms and yelling “Potato Brewster, get down from there.” There’s nothing Tater would love more than to see you do that. That would be the highlight of her day.

There is a pause and then a new sound. The soft thub thub thub of a felted sculpture plummeting from the second shelf. Another pause. Then the scraping of a heavier item being relocated toward the front of the shelf. An ominous thunk and clatter.

At this point the human is no longer working. The human is mentally reviewing the contents of the hutch, and plotting the trajectory of the cat. Then a disturbing rattle is emitted from the dining room, its provenance sussed out, and the next target in line identified as a Steuben glass bud vase. No! The human vaults into the dining room waving her arms and screaming.

This is how I thought the Trump regime would be. In wave after heartsick wave of insomnia, I visualized the losses, totting up the horrors that would soon enough be coming our way: the demonization of entire segments of our society, the sharpening of the divisions among our tribes and creeds, the erosion of women’s rights, the denial of science, the stripping of regulations from the financial sector, the accelerated transfer of wealth to the wealthy, the privatization of schools and public lands, the despoilment, the isolationism, and–the sharpest arrow to my aching heart–the withdrawal of the United States from the Paris Climate Agreement and the resumption of headlong investment into a fossil-fuel economy that will undo us all. I imagined each horror as another wooden chicken falling to the floor while the evil agenda churned inevitably through a Congress with an inadequate opposition, and periodically we the faithful would turn out to holler as the next beloved item hit the floor.

I did not think the soulless son of a bitch would clear the whole hutch in ten days. 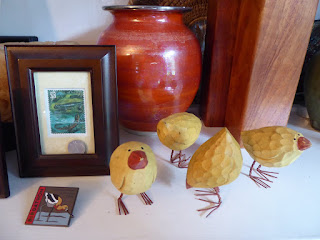 But in ten days all of that was set in motion. A woman who made her millions undercutting public education is proposed to oversee education. Sheer fiction is employed to encourage Americans to fear each other: Muslims, Latinos, immigrants, protestors, and–oh, let’s call them “inner-city types” and wink at Ben Carson. Innocents are scapegoated, assuring future carnage that will then be used to justify war or a police state. A former CEO of Exxon is installed as Secretary of State and already working on easing sanctions on Russia, allowing Exxon to drill the last oil in Siberia. The infamous abortion gag bill is reinstated with repercussions for the health of women worldwide including, not coincidentally, a spike in abortions. Diplomacy is abandoned for belligerence. Oil pipelines are approved and the military marshaled to quash dissent. Any constraint against Wall Street rapaciousness is to be repealed. The Stream Protection Rule is tossed out. Oh, let’s slow down and have a look at that last one, shall we?

Coal mining is dying a natural economic death fast, due to better alternatives. The Stream Protection Rule, which prohibits the dumping of coal mining debris in waterways, is the only tool in the bucket for preventing companies from blasting entire mountains into oblivion, burying natural streams, and ruining watersheds for all time. The precious coal itself is all burned up by the time the coal companies haul up stakes and move on, stranding their workers and leaving residents to contend with poisoned water and a lifeless moonscape. Putting the Stream Protection Rule on the chopping block in the first two weeks is not about jobs: it takes far fewer men to dismantle a mountain than to mine it conventionally. It’s not about energy, which is cheaper and cleaner any other way. It’s certainly not for the health and safety of populations either local or worldwide. It is for the enrichment of a select few who can scrape out that last smudge of filthy energy and turn it into private fortune, and the hell with absolutely everybody else. And it’s to give Mitch McConnell the woody of his dreams. That’s all. 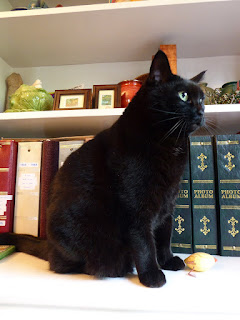 But none of that was enough. There was also the gratuitous assault on the separation of church and state. There was the transparently specious vilification of refugees for no reason other than to invent a class of enemies and grease the rails for the war machine. There was–could we possibly have made this up?–the elevation of an actual authentic fucking Nazi to the National Security Council–a man who is on record as being devoted to tearing down government and advancing the cause of white supremacy.

The hutch is empty. I don’t know where Tater is, but I smell gasoline.