In July of 1969 Neil Armstrong became the first man to plant a foot on the moon. By most accounts he was just the dude for the job but it’s not like they exhausted the possibilities. John Kennedy had made the call to put a Man on the Moon in 1961 and I was not even in the running. I might have had a shot at being an astronaut’s receptionist. Which is not fair. Also, I was eight. Which, the way I see it, meant I was all potential.

By 1961 Neil Armstrong had been a test pilot flying faster than the speed of sound for several years, and I was still asking the kickball pitcher to roll it Slow and Smooth so that I would not be knocked over at home plate. It is worth noting that prudence is a virtue in space travel. I was already beginning to sense my powers. For instance, merely by stepping up to the plate, I was able to make the entire outfield come forward ten feet. 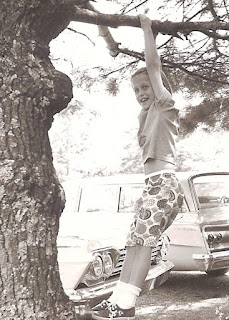 Kennedy worried that, as a nation, we were not most of us astronaut material, and were instead heading toward doughiness. At the time, you could count on finding one roundish kid in every class of thirty, and not the 25 you see today, but for him that was one roundish kid too many, and he vowed to get us off the green bean bake and marshmallow salad and out into the playground. The President’s Council on Physical Fitness got us all out there doing sit-ups and chin-ups and shuttle runs and the 600 Yard Dash, later renamed the 600 Yard Walk And Run because of kids like me, who disturbed a minimum of dust for 300 yards and then straggled to the finish line gaping like a landed guppy. Girls didn’t do chin-ups. We hung from the bar for as long as we could, in my case approaching five seconds. It is worth noting the the ability to do chin-ups is of no value in space. 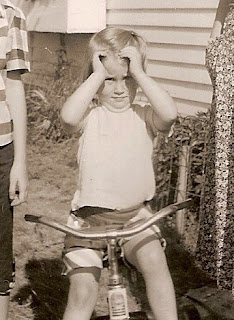 Meanwhile, Neil Armstrong got slotted right into the astronaut lineup before anyone even got my phone number, which even NASA didn’t want to dial because it had two zeroes. He did well. Armstrong had lightning reflexes and a cool, clear head in moments of crisis. He once coaxed a spaceship out of a death spiral by reaching over his head and flicking all the pertinent switches in a precise order whilst tumbling end over end once a second. I feel woozy if I look up into a tree too long, I still listen for a dial tone on my cell phone, and sometimes I tip over while putting on my sock because it never occurs to me to let go of the sock. It is worth noting that I have never been given the benefit of astronaut training.

On the fateful day or possibly night of the moon landing, Neil Armstrong held off near the surface looking for a good landing spot until he had only fifteen seconds of fuel left. I do not play the odds. If I went skydiving, I would pull that ripcord in the first second out of the plane. I leave so much space between my car and the one I’m following that people keep moving into the gap, until eventually I’m going backwards and discover I haven’t left my driveway yet. 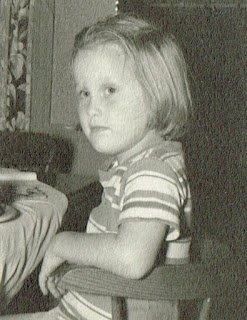 Assuming I had been allowed to be an astronaut, which might have occurred as long as they didn’t winnow people out by popping a paper bag behind them and seeing who levitates, I could have made a significant contribution. I could have been the first person to test the on-board computers with a variety of bodily fluids. I could have demonstrated the potential of harnessing the propulsive power of panic diarrhea. It is worth noting that more is learned from the mishaps than when everything goes smoothly.

Neil Armstrong was gracious and glib when speaking publicly but ultimately retired to his farm in Ohio, preferring it to the demands of fame. That is exactly what I, astronaut-like, would do if I were famous. But the similarities stop there. I would never have left the “a” out of the “one small step” speech. Never.