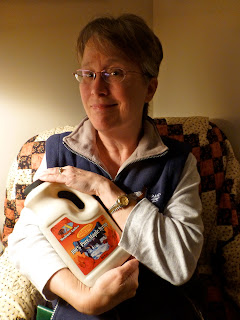 Being an old hippie on a pension allows me to float above the trivial mercenary concerns of my fellow man. Money? A trap for the soul, and nothing to aspire to (please buy my book). Gold? Oil? Coal? The extraction of these and other minerals is an assault on our future (please charge my batteries). No, I have an appreciation for the true riches of life: clean water, shelter, music, and love (please like me on Facebook). I am not afraid to annoy anyone with my airy rejection of false riches. I am not a grasping, greedy soul.

Until now.  Until I found out that there is a giant honking reserve of maple syrup in Quebec. 80% of the world’s supply of real maple syrup is there. Holy crap! Step aside! Get out of my frackin’ way! I’m drilling a sidewell in from upstate New York. Try and stop me.

My adoration of maple syrup dates back to age four. My favorite breakfast was Bisquick waffles with Log Cabin syrup. I didn’t think it could get any better until we traveled to Maine to visit my aunt, and my cousin Jim brought us breakfast in bed: French toast with real maple syrup. The earth experienced a momentary hitch in its rotation that still confounds geologists decades later (“The Butterworth Event of 1957”). O epiphany! O peerless bliss! I instantly developed a fervor of the same intensity that leads pubescent boys to volunteer to do their own laundry. Jim doubled down with the further revelations of maple sugar and maple cream. It’s a fact that a honey badger eating maple cream will roll over for a belly rub; and pure maple sugar, in a phenomenon science cannot fully account for, actually crystallizes in the form of tiny little maple leaves. My life had changed forever. To this day I can feign ambivalence about chocolate if there’s a maple hit to be had, and my favorite direction is North. 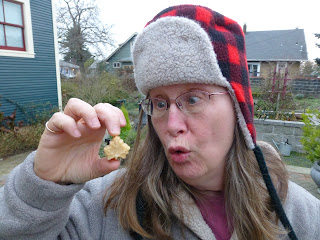 And no sooner do I learn that there exists a golden, gleaming aquifer of maple syrup than I find out that someone has stolen a whole bunch of it. Dastardliness and scoundrelation! I studied their methods, purely out of curiosity. A sidewell was not only not involved, but the International Strategic Reserve is actually a warehouse filled with barrels of syrup. The heist was an inside job and not, as you might expect, a stick-up. There were 10,000 barrels of syrup involved, or six million “pounds,” which is a Quebecky measure of weight corresponding to our “pounds.”

And all of it is under the control of the Regie Des Marches Ou Est La Bibliotheque Atricoles et Alimentaires Je Te Plumerai La Bec Du Quebec, which never gets much done at its annual meetings because the quorum has started to file out before the flag gets unfurled all the way. The Regie is described by disgruntled maple wranglers as a legal cartel with invasive powers, and is even known, using techniques honed by airport security agents, to visit maple farmers unannounced to check on their holes. The number of holes in one’s maples is expected to match up to the reported output of exudant, much as it is in humans.

Maple syrup is produced when starch inside the maple tree is turned into sugar and rises in the sap, as opposed to in humans, where it just sort of fluffs out the thighs. There is an annual springtime event to celebrate the happy occurrence called “the running of the sap,” and thousands of revelers participate, even though a few each year stumble and are overcome by goo. That’s how I want to go. In a few million years, I want to be discovered preserved and smiling broadly for eternity in a blog of maple amber.

Meanwhile, some of the purloined syrup has been recovered and a perpetrator identified. The suspect was wired to a lie-detector machine and given a series of simple “ayuh” and “no” questions. Preliminary results suggest he was waffling.