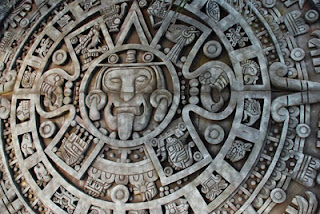 The Mayans are well known for their advanced civilization, their devotion to corn, and their scary-ass calendar. That last is getting a lot of press this year because it appears to be predicting the end of days, or at least the end of the calendar. Christmas isn’t even on it.

It’s an odd thing about ancient knowledge: many people assume it is more dependable than the modern. If the state of modern science reflects everything that has been learned before, it’s somehow not as good as if we’d just stopped figuring things out when the goatherds were in charge. This isn’t sensible, but the fact is, there are people who would read something dire into their printer running out of ink.

So let’s look at the Mayan calendar. There were several. There was a short one that just ran about 52 years, or what would be considered a normal lifespan. That’s about all anyone really needs, but then they discovered that it isn’t long enough to really flesh out hope and regret, so they developed a long-count one to go with. This is the one currently twisting the panties of the gullible.

The long one is presumed to have begun at a mythical starting point of August 11, 3114 B.C., which is even longer ago than some other culture’s goatherds thought there had been a world. Of course the August date is a modern extrapolation; they didn’t even have an August that long ago. August was Caesar Augustus’s personal month, and he made damn sure it was at least as long as Julius’s month. Nobody minded if February was short, because the weather was bad. September through December were named after the numbers seven through ten, although they are the ninth through the twelfth months. Really, these people shouldn’t have been entrusted with time measurement. Anyway, back to the Mayans, who, being more mysterious, are presumed to be more reliable, prognostication-wise. They got their calendar started in 3114 B.C. where it could coil down to zero and snap back again, gaining great momentum to slingshot it forward, but all that juice is running out now after a couple thousand years. 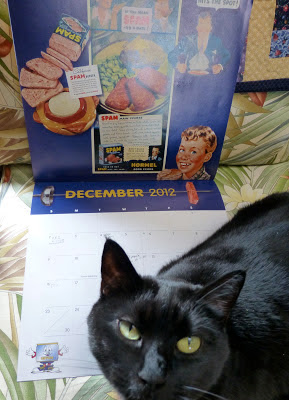 Which means that at the very least we could use a new calendar, and there is a movement afoot to do just that. We have a perfectly serviceable one going, the Gregorian (or “regular”). But the Hanke-Henry Permanent Calendar would reform it to make every year identical, with each given calendar date always falling on the same day of the week.

There’s a certain kind of person that is attracted to orderly things like that, but they’re the same kind of people who can’t go to sleep until they’ve made sure their pictures are hanging straight. You can’t live with them. They alphabetize their spice shelf. They make spreadsheets. They are not well people. They’re engineers.

If you do want to make up your own calendar, and you like cake and attention, you could always make every eighth day your birthday. Only then you’ll find yourself 300 years old in no time, you’ll have a frosting layer at your midsection, you’ll sweat sprinkles, and you’ll find your house filling up with ceramic hippopotamuses because someone saw that first one early on and word got around that you collect them. Really, you’re better off with the Gregorian.