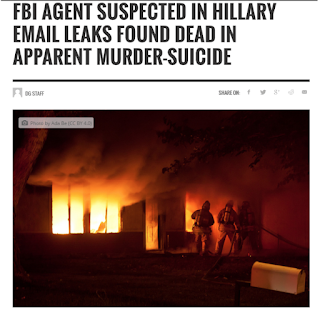 Maybe you saw it. The week before the election, a news story went viral. “FBI AGENT SUSPECTED IN HILLARY EMAIL LEAKS FOUND DEAD IN APPARENT MURDER-SUICIDE,” it read. The story was from the Denver Guardian, which does not exist; the newsroom address is that of a tree in a parking lot; the accompanying photo was of a 2010 house fire; and, in short, the entire thing was grade-A star-spangled horseshit from start to finish, which did not prevent it from being stretched from one side of the internet to the other and back again.

I figured somebody had to be behind this plague. I imagined boiler-room operations under the direction of the Republican National Committee or MoveOn, busily churning out lies that people eat right up because they really piss them off, and it feels good. Yaaas. It makes them feel outraged, and righteous, and aroused. Ooh baby, baby!

When you see all this stuff being shared so promiscuously, you have to wonder: where is this coming from? And now we know: Macedonia.

Macedonia? Well bless my soul. Better yet, rock it in the bosom of Abraham. Enterprising kids in Macedonia with mad graphics skills are pasting these things up out of stock footage and thin air and the open-source bullshit commons, and flinging them onto the internet, where the ad money piles up with each view. Yes, most of them were targeted to Trump voters. The kids don’t care one way or another, except that those are the ones that really sell, because the liberal elites are more likely to check their sources before they share, I guess.

So, Macedonians! The Abysinnians are all Dude, and here I am slaving away in these call centers, and the Phoenicians can’t even with this. Where the hell is Macedonia?

In fact, when is Macedonia? 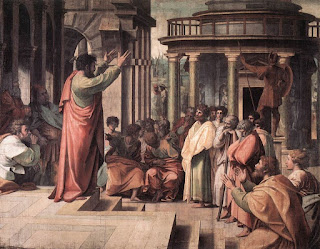 Honestly, I had no idea. Last I heard of Macedonians, the apostle Paul was telling them that Jesus was the Messiah, and to spread the word. Maybe they told the Galatians, first, and second, some more Galatians. So spreading the word, any word, seems to be a national Macedonian pastime of long standing.

Anyway, my bad. I was never all that good at geography. You put me in the room with a bunch of piss-pants kids who know all the rivers in the world, and I’ll, well–I’ll challenge them to a spelling bee.  So I don’t know where Macedonia is. Or, I do, because I just looked it up, but in another couple days I won’t again.

I’ll just go back to imagining that a bunch of goatherds with too much time on their hands put brush to papyrus and wrote stuff so compelling and prescient that it baffled a gullible society and brought down an empire two thousand years later. It makes as much sense as anything else.