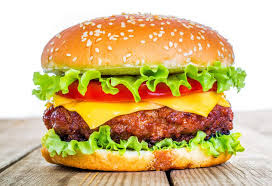 I hate to be an alarmist, but y’all are going to be hearing a whole lot about hamburgers now. More than you really want. It’s already started.

That is because about ten years ago the libertarian billionaire squirrels sitting on their massive piles of nuts noticed that they weren’t getting the affection they deserved from the little people, who had been waiting in vain for their nuts to drop. They realized if they were going to be successful in their plan to get almost all the nuts, they’d have to repackage their message, because their actual message was self-serving bullshit that even a nitwit could see through. The nitwits needed to be softened up by appealing to their core values.

The focus groups and think tanks and libertarian institutes got to work on the project and finally concluded that unregulated free-market piracy that has resulted in extremes of wealth and poverty would sell only if it were recast as freedom. People like freedom. Especially people in America, which has a long-standing devotion to the concept of freedom. Just the concept, of course, not any kind of actual freedom, which is why there was such a big to-do over the freedom to own slaves. Shit, man, people used to argue that one without any sense of irony at all.

So now everything from union membership to vaccination to fair taxation is pressed through the filter of sweet, American liberty. By gum, we’ve got people all cranked up about their fundamental right to earn less and less, but save on union dues; or to be able to choose which health insurance giant should scrape the profits off their medical care, without questioning why the insurance industry exists at all. And now, friends, it’s hamburgers.

Yes, fellow Americans, “they” want to take away your hamburgers. 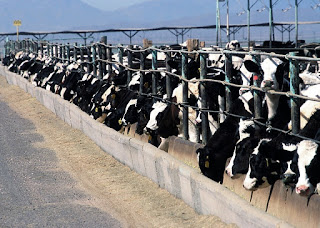 Who are these dreadful people who want to confiscate our hamburgers? Well. “They” are people who support the Green New Deal. But their primary motivation is not actually to make life miserable for meat-eating Americans and bring on an era of mandatory arugula. They have a much broader perspective, a common side-effect of education. They understand that the carbon-sink forests of the Amazon are being razed for soybean farms to fatten hogs and cattle. And that the factory farming of animals and modern food production, with its manure lagoons and synthetic fertilizer and soil depletion, is a greater contributor to global warming than even cars and coal plants. And that a pivot in favor of smaller, more diverse farms that employ more people and sequester more carbon is not only sound policy–it’s crucial. Crucial to our way of life, our freedom, and our continued survival on this planet. Because our current path is utterly unsustainable. [That means we can’t keep it up, Mister Man.]

But people so morally beggared that they can’t see past their own nuts are now actively rewriting reality for us. They say the Green New Deal is a threat to our liberty and our hamburgers, when what they mean is it’s a threat to their money. And that’s all they ever cared about.

Two questions, America: in the face of this, are we really going to burn down the house for a cheap hamburger? And, if so: are we two-year-olds?