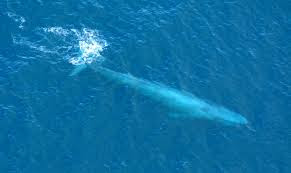 Could a blue whale’s gas bubble contain a horse? That, apparently, is the question.

I admit to being culturally illiterate. For instance, I have never seen a Star Wars movie, which means I’ve been this oblivious for over forty years now. I don’t recognize anyone on the covers of the magazines in the checkout line. I’m vaguely aware of internet memes, such as when some people clearly see a gold dress where other people see a spiffy Tartan plaid. Or some people hear the word “Laurel” and others are just as adamant it is “Wankle Rotary Engine.”

Evidently, the possibly equine contents of a blue whale’s poot, however, is of enough interest to the general public that it was referred to the fact-finding site Snopes for verification. So. That’s where my friend Bill found it and shoveled it over to me, correctly surmising that whale flatulence is right up my alley, as it were.

I’m not even sure I understand the question. Is it a particular blue whale and a particular horse? Did somebody see something? Somebody, say, whose oxygen tank is almost on empty? Or is it being proposed that somewhere a blue whale has in fact swallowed a horse whole and pooted him right out? Because I know that can’t be so. The whale’s mouth is large enough for a horse but the throat is too small. And even an itty bitty horse wouldn’t be able to get past the baleen, so it would have to just stay in the mouth like a bolus of dry turkey. There’s no swallowing it.

Eventually it came to me that the horse was being used as a measure of volume that we can relate to: a blue whale’s fart is large enough, in other words, to surround a theoretical  horse. Which is stupid. A side-by-side 26.2 cubic foot refrigerator/freezer would be a much more apt choice; the horse is all pointy and liable to disrupt the bubble. He’s not going to shoot out all compact and tidy. (He’ll be rearing.)

Anyway, the Snopes investigation was, sadly, a disappointment. It suggested that (A) whales might not fart at all, and (B) if they did, they might do it out their blowhole. Baloney on both, I say. Some “expert” weighed in that whale sphincters are on the loose side because sea animals don’t need to be so careful about where they poop, so they can let it all dribble out willy nilly. According to this nonsense, there’s liable to be a sort of constant jet propulsion going on and not enough gaseous buildup to produce a real boomer. Somebody spent too much of his childhood watching that string hanging out of a guppy butt. Because whales are known to do much of their feeding at depth and coming to the surface to cut loose, resulting in a rich nutrient transfer that supports the lower end of the food chain. The whale poop pump, in fact, is a vital piece of the marine ecosystem, in a way whalers are not. Dribble out, my ass. So to speak.

And if our whale did have a gaseous buildup, he’s not going to send it out his blowhole regardless. He’s got that baby shut down while he’s underwater. He can send a geyser up thirty feet once he’s at the surface, but why bust in the porthole just for a little belch? No. It’s just for exhaling and inhaling. And there’s no connection between his windpipe and his digestive system anyway. If he’s got gas and it gets into his lungs somehow, he needs surgery, and probably won’t get it, not in this country.

All of this makes me deeply suspicious of Snopes at a time I need it most. Does this mean Hillary really did dice up children for pizza toppings after all?