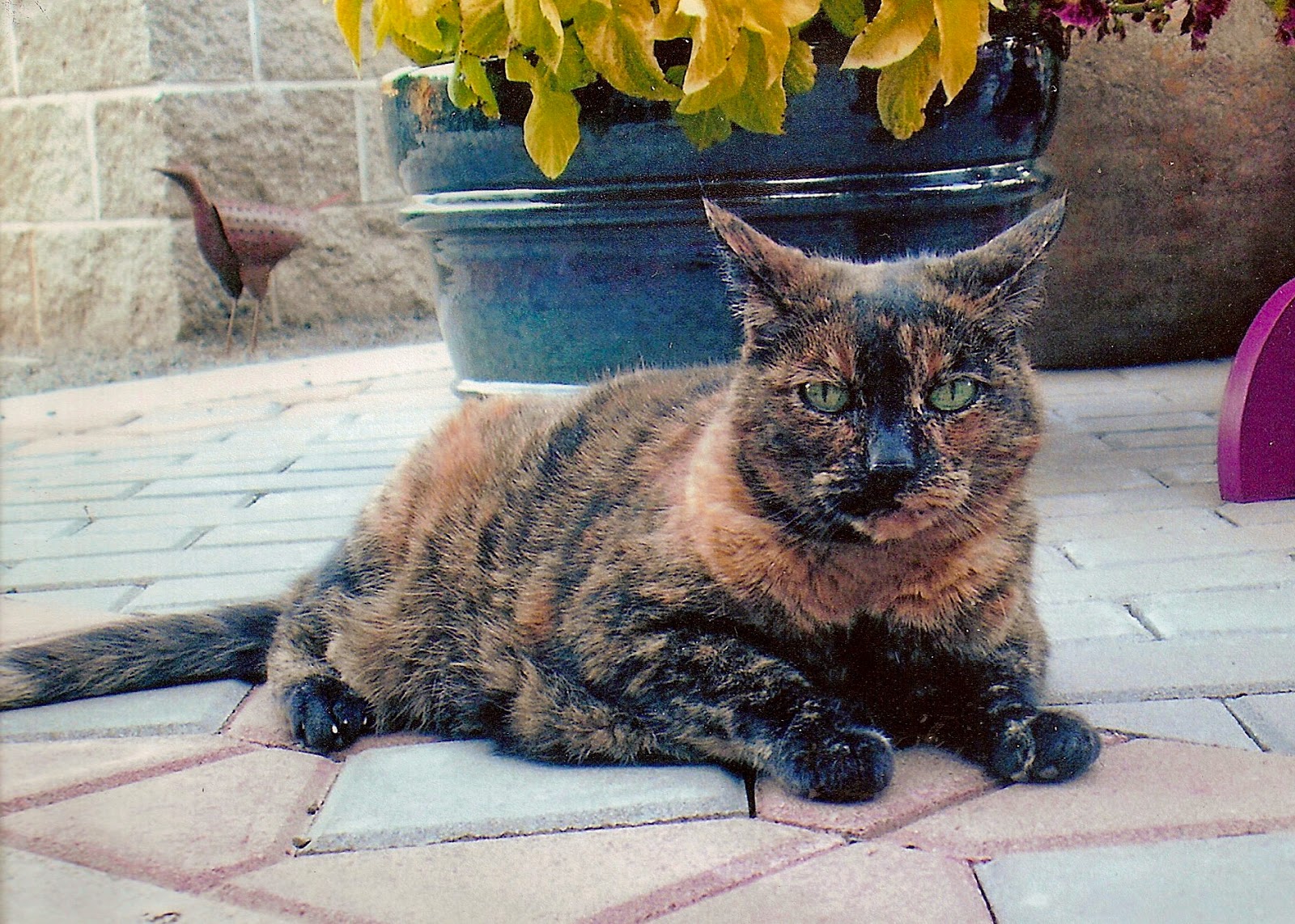 I kinda got how Dave trained our old cat, (Saint) Larry. She was more or less willing to do any old thing, as long as there was still a prospect of a lick of someone’s ice cream cone, or a plate of chicken left in a nabbable location. Just the thought of such things put her in a biddable mood. Also, she was raised like an Amish child with no television: she had no access to the list of privileges that accrue to a cat simply by being a volatile mammal with pointy fingers. When her claws emerged the first time she saw a mouse, it was probably a huge surprise to her. So when Dave taught her to roll over, and shake hands, and tell time, and monitor the phone for solicitations, it seemed kind of normal. 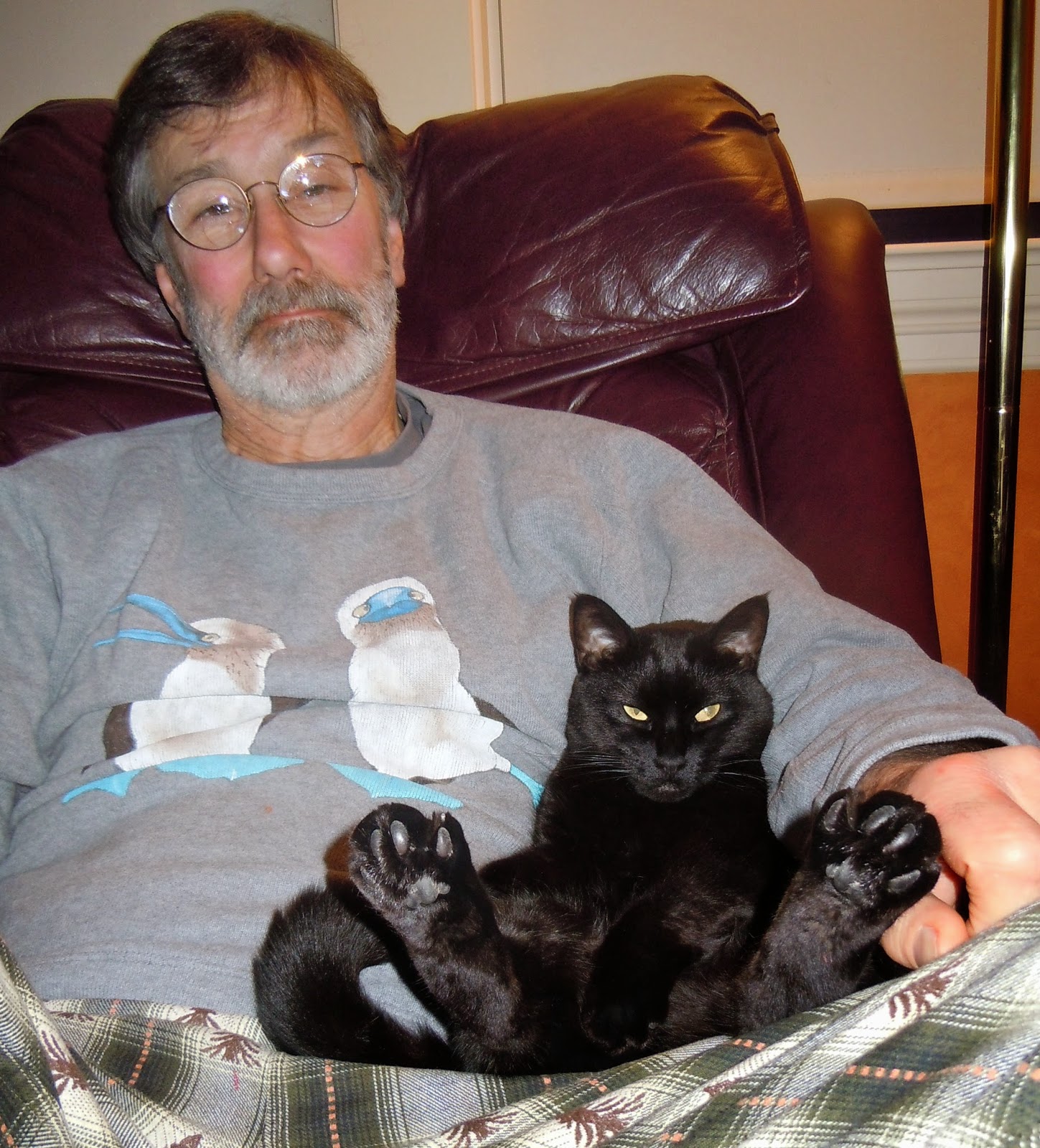 The outdoor-cat privileges came later. First she was only allowed out on the porch when Dave went out to smoke a cigarette. After a bunch of years of that, she was permitted to meander on to the patio, and no further. Sparrows could line up along the perimeter in sturdy confidence. Larry was pretty much a perfect cat, except for that pooping-any-old-where thing, but even that just showed how laid-back she was.

But Dave quit smoking long ago, and Tater is a whole different cat. She’s a rolling vat of verve. When she gets a notion to verve all over the house, she registers on a seismograph. She’s also been raised Amish, but she seems to have more of a direct line to her instinctual heritage than Larry did, and that can only be bad news. Sure, she rolls over when you tell her to, but you can’t get her to shake hands for anything, she never RSVPs, and she does not give one shit about ice cream or chicken. But, twitchy and avid at the window, she certainly gives the impression that the only thing keeping her from extinguishing a raft of birds is us, and our doors. Minus our intervention, the entire bird population of the back yard would be reduced to pillow stuffing and a gnarly pile of guts. 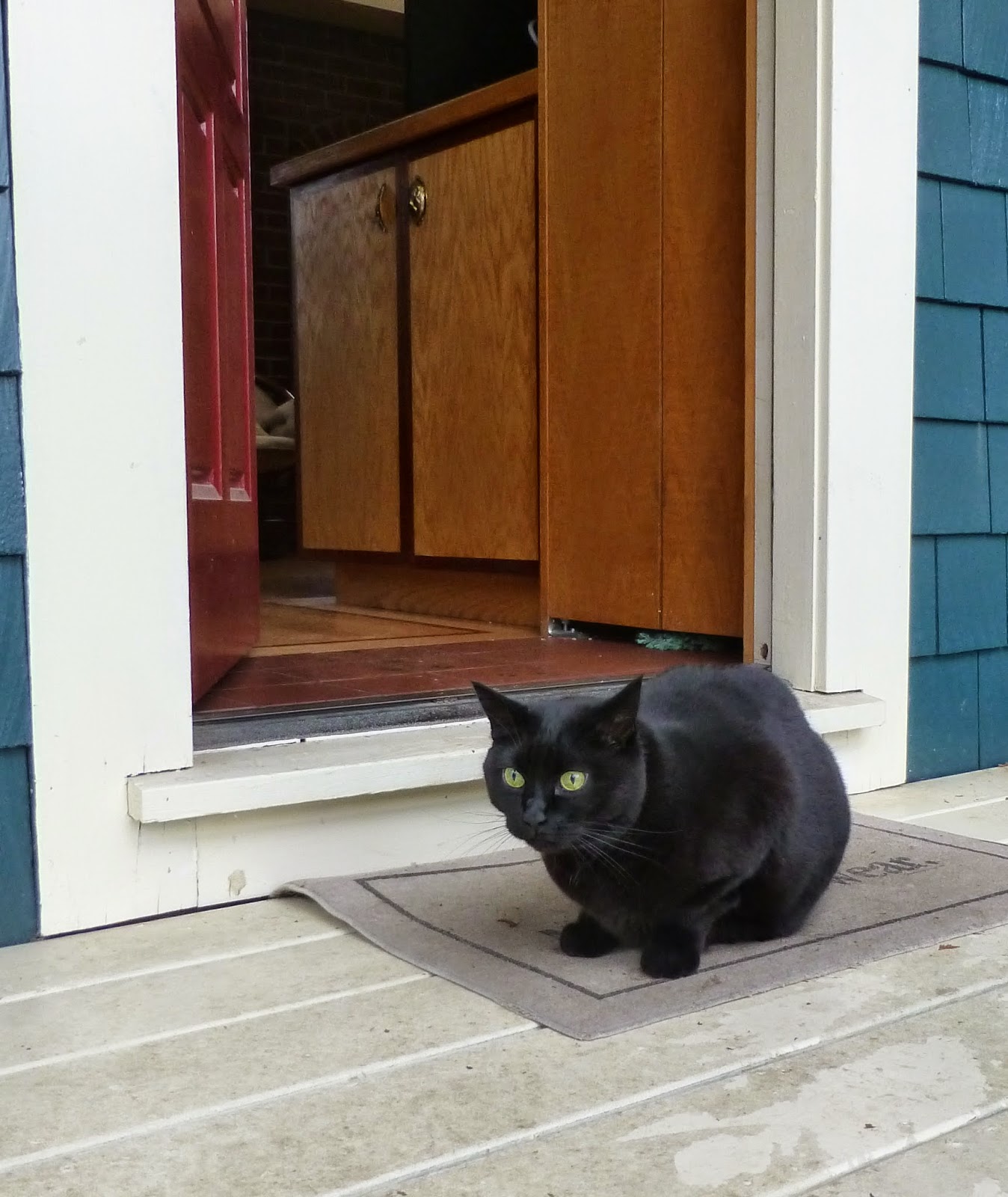 So I hollered the first time I saw Dave leave the back door open. Tater strolled out on the instant. Dave looked calm. “Sit,” he said, and she sat on the welcome mat.

“Mat Cat,” he said to me in explanation, and I began to object, and then I realized: he’s going to do it. Later we sat out on the patio at beer-thirty. After about five minutes, Tater affected a long stretch and repositioned herself a few sly feet away from the mat. “Mat Cat,” Dave said, using a tone, and pointing, and she circled back to the mat. “Sit,” he said. Tater sat.

I don’t know how he does it, but he does it. Hell, I haven’t strayed in years.