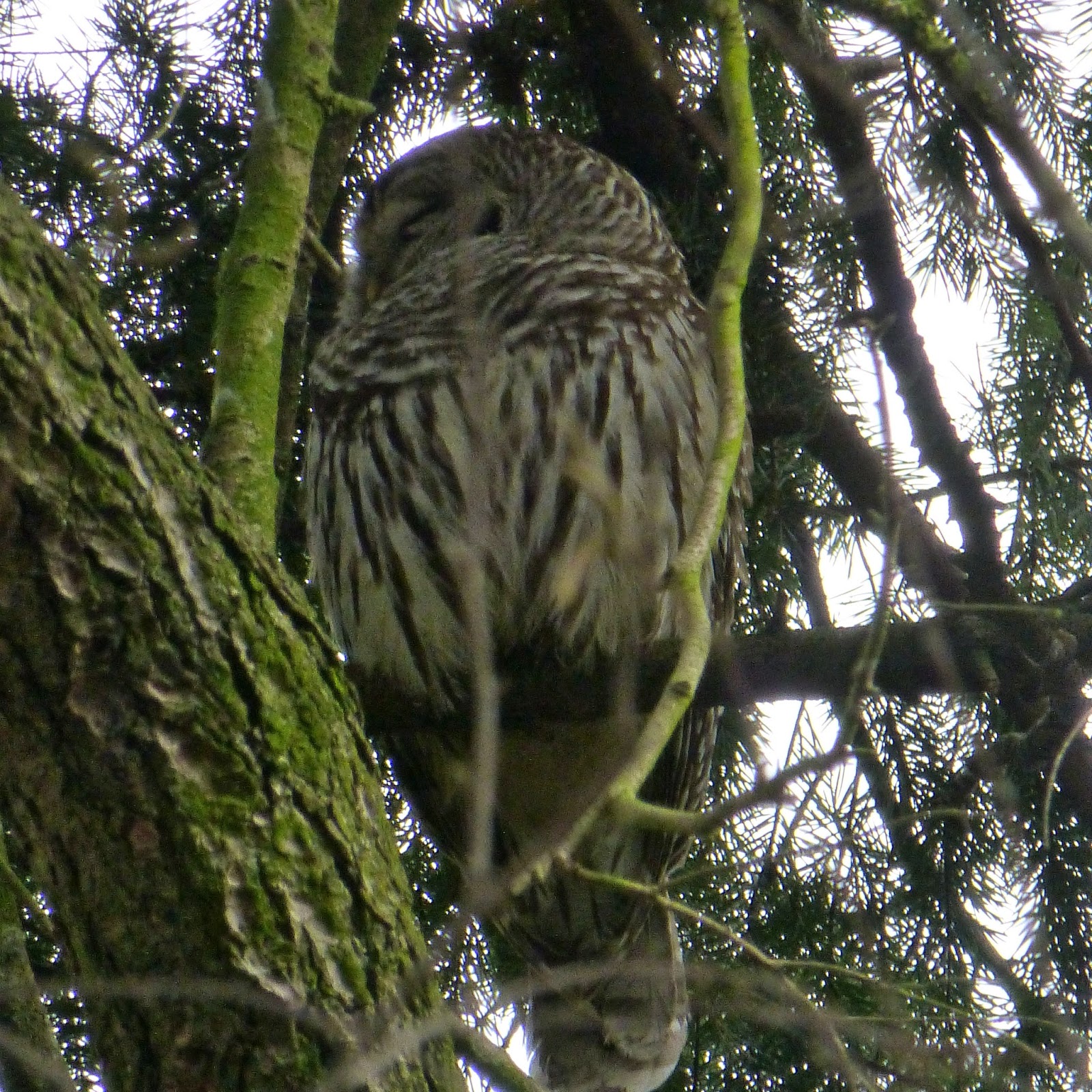 We’re right in the city, but there is a Douglas fir not far from our house in which a barred owl was spotted. Ha ha! That’s a little birder humor, there. Spotted owls and barred owls are different. They look similar but the spotted is more petite, and endangered by the encroachment of the barred owls. Field biologists are so worried about the demise of the spotted owl that they are even trying to see what happens if they can manage to shoot a bunch of barred owls, through their tears.

A barred owl is not your little button of a bird. It doesn’t perch so much as it hunkers. It occupies. It’s substantial. So you’d think it would be easy for us to spot, but then you’d be underestimating our depths of oblivitude. It’s not that we don’t notice things. Personally, I’m capable of noticing everything about a little bug without noticing that it is crawling up Sasquatch’s foot. If I’m bent over a bush picking huckleberries and blunder into a bear doing the same thing, I’d probably wonder who upholstered the berry bush. 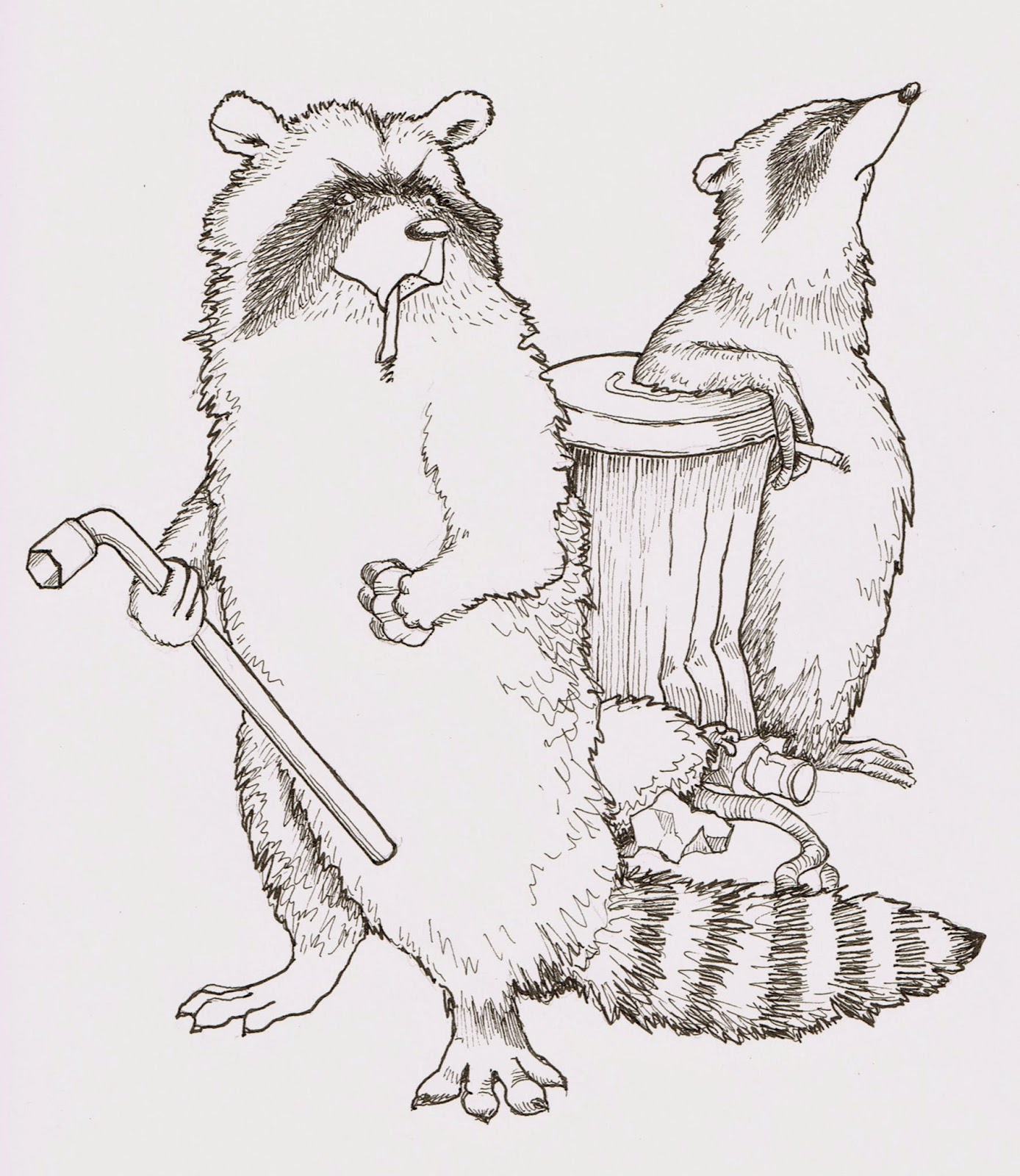 We’ve got a massive cedar tree that is home to at least one family of raccoons and a number of opossums. We know this because occasionally we see them melting out of it in the evening on their way to taking flamenco lessons on our roof. But even though the tree is not particularly dense, and raccoons can get to be the size of washing machines, we’ve never spotted one in the daytime. And we’ve looked.

When clues to reality do filter in, we can’t always make sense of them at first. When I started working as a letter carrier, I drove a Jeep from the right-hand side. After a few weeks of this, I went to drive my own car and climbed in the passenger side. I just sat there for a few moments, confused. First I noticed I didn’t have a place to stick in my keys. Then I noticed I didn’t have a steering wheel, either. Then I concluded I’d had a stroke. I was twenty-three. It hasn’t gotten any better with time.

Can’t say Dave is always on the mark either. One morning after we first moved in the house, he was

gazing out the kitchen window and noticed that it seemed a lot lighter outside than usual. And then he noticed a house across the alley he didn’t remember seeing before. He let these observations drift through his mind for a few beats before thinking to wonder why some bastard had installed half of a blackened tree in our yard. Which eventually resolved into the charred remains of a large flowering cherry we did have. Our entire detached garage had burned all the way to the ground. Burned so thoroughly that he didn’t even remember we had one.

The point is, it was highly unlikely the two of us were going to spot a barred owl in our neighborhood. And we didn’t. The fellow whose tree it was in pointed it out. But now that we know where it is, we can spot it just fine. It’s hunkered plumb above the poop pile on the sidewalk. If it rains, we’ll have to ask the guy for an update.