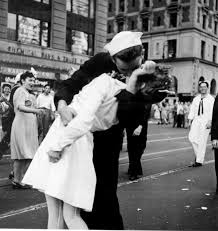 Well goodness gracious, it hardly seems possible that it’s been such a big secret all this time that women (A) are frequently devalued and harassed and worse and (B) don’t like it, but evidently that’s the latest news. Like, we’ve had five thousand years of recorded history and it’s just coming up now.

I don’t know why, to take a common yet current example, a man would grab a woman and jam his tongue into her face. I do know that it always comes as a shock–you don’t see it coming. And that it’s not trivial. It’s gross as hell. It feels like you’re being probed by an alien, but not in a good way.

Some of us are mad as hell and aren’t going to take it anymore, and others of us have a more nuanced reaction. The really angry, take-no-prisoners women tend to skew younger, in my observation. Some of us elders perhaps have more expectation that things will change. We’re having a moment here, and things are going to be different. We base this on having had more decades of seeing things actually change. The degree to which women used to be considered a decorative, inferior form of human can hardly be imagined now. It used to be a staple of comedy that “girls” were to be chased around the boss’s desk, or sit around home waiting to be comforted when their cakes fell flat. Our concerns were trivial, and our reactions childlike. We were lesser beings. We were inconsequential. 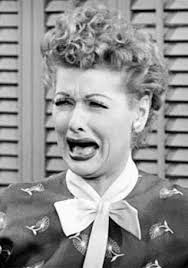 When I was a kid, I accumulated some forty-plus stuffed animals and every one of them was a male, except for rubber-faced Mrs. Teddybear, who was a hand-me-down. She wasn’t interesting. The rest had jobs and hobbies and personalities. Almost none of my classmates’ moms worked outside the home. We grew up to be “Women’s Libbers.” That was a pejorative, but it did get us out and about, and able to have our very own checking accounts, even if we were still expected to cook the brown rice casseroles for the boys running the revolution.

One reason this old broad gives more leeway to certain miscreants than others is that I remember being a part of it all, doing things that shouldn’t have been done, going along with things that used to be considered comedic, playing it for laughs. It’s well established that I couldn’t enter politics if I wanted to because there’s way too much shit in my closet. There’s not much (and not many) I haven’t done. I’ve got plenty to be ashamed of, if I were inclined that way and had a memory. And even so, I think I’m an okay person with stuff to offer the world. I think some of the men who have something to atone for are, too. Check for signs of authentic contrition: it exists. We need way more women in positions of power in every field, but males should be allowed to evolve. And I trust they will.

I’m not saying my former complicity with the patriarchy is on a par with the unearned, malignant power of the males who exploited it. I don’t suppose much of what I did actually hurt anyone. I probably haven’t even broken any hearts, except for that one guy back in ’71, and he really wasn’t emotionally stable, just between you and me. 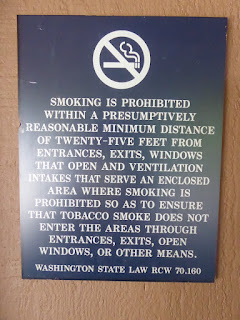 So yes, I think things can and will change. I never thought people would stop lighting up cigarettes any damn where they wanted. I never though people would pick up dog poop. Yet the air is fresh and I can go months without having to scrape my shoes against the curb.

Many men are now worried that “anything” they might do or say will be misinterpreted. But, guys, it’s pretty simple. Pretend, as hard as you can, that women are fully your equals, until it starts to feel natural. And be willing to take no for an answer. It’s quite easy to know when a line is being crossed. At least, it is for us. We’ve negotiated and enjoyed years of friendly banter and flirtation and never had any trouble finding that line. We can feel it. We know when someone is looking right through us and not seeing us. We know when we’ve been discounted. We know when someone is assuming ownership, is prepared to take possession. When we have a situation on our hands.

Which is not as bad as plundering a sweet planet and extinguishing its life-forms and enslaving its humans in order to shovel ever more treasure into a few, fat pockets. Focus, people, focus.