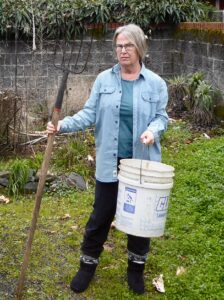 If everything keeps going according to plan, shit will continue to happen, and it might as well happen in a bucket.

According to Humanurists, who advocate for composting human waste at home, “households and communities are missing an incredible opportunity to turn human waste into nutrients that can improve public health and reduce hunger.”

It’s true. My hunger was just reduced right there.

That’s just a modern reflex though. The ability to flush away all evidence of effluents is new, historically- and prehistorically-speaking, and billions of people today can only dream of such a luxury, although the flying dreams are nicer. In fact I do anticipate pooping into a bucket at some point in my life—that point being 24 hours after our massive Cascadia Subduction Zone earthquake. I am figuring my first deposit will have been made during the earthquake, and not necessarily properly accounted for, compost-wise.

So most people accustomed to modern plumbing are not all that eager to transition to an earlier time when poop was more personal. But those who are tend to be evangelistic about it. And their numbers are growing. You could say there is a movement afoot, but I wouldn’t.

Composting and recycling human waste can be as simple as using a five-gallon bucket and a handful of leaves. Pop a molded toilet seat on top of the bucket if you’re feeling fancy, or—if you’re super fancy—you can drill a hole in your floor and dedicate a closet below for your oeuvre. This also makes a big impression on snoopy house guests.

In the trade, your oeuvre is referred to as “droppings,” and we can thank our friend Mr. Gravity for that. Otherwise we’d all be plucking things out and netting them in the air and herding them into a container, and that’s in the nicer households.

So. You want absorbable organic material nearby such as leaves or sawdust to cover your droppings, although you do not need to bury things with your forepaws like the neighbor’s cat. The neighbor’s cat might have an evolutionarily sound reason for covering her issue but she also flat-out gets a charge out of watching you dig it up again with your hands for your tomato holes, and that’s a fact. Cats are playful!

The benefits are legion. No longer is good drinking water used to flush everything away; your garden will thank you for it, and, of course, you will bask in the glory of a level of self-righteousness rarely matched in the modern world.

One caveat: you are not legally allowed to bag up your own composted poop and sell it on the open market. Which is a pity, because it’s clear that people will pay good money for things you couldn’t give away. 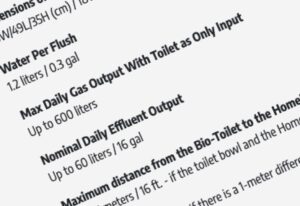 In some systems, an effort is made to employ a separate bucket for pee, which can benefit a garden immediately, but this is a recommendation made by premenopausal women and men. At my age, there is no separating #1 from #2. You’re going to get the full set, in no particular order. I would apologize right now to the techs at the Stool Sample lab, but obviously they’re not fussy people.

If the bucket is still too intimate, there are fine composting toilets available to purchase that fit right into the modern home environment. Your effluent will travel into a giant duffle bag in which solids decompose into mulch and biogas collects at the top, which is easily hooked into your existing cooking stove. You should be able to get a good hour of cooking time out of one day’s-worth of poop.

And don’t think that doesn’t put the sparkle into your dinner conversation.