The Purpose Of Time 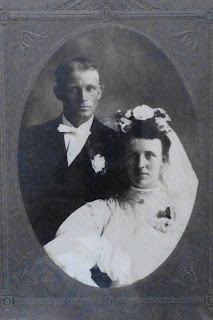 It’s in a women’s magazine at the doctor’s office. With a little ingenuity and the instructions on page 158, your clothespins, ribbons, and orphaned buttons can be repurposed, it says, into a Nativity scene. The word “repurpose” is a new one, with a scent of wistfulness about it, as though it pines for the days when everything still had value. What’s now called repurposing didn’t used to have a name. It was just what you did. Your wedding dress reemerged as baby gowns, your skirts were pieced into quilts. Nails were straightened and string saved for certain future use. Like as not, these days, things are repurposed into decorative items that nobody really needs. You probably even have to buy the clothespins, now that we bake our laundry dry.

So every day we try to stay just ahead of our own debris field, but ultimately, everything is repurposed. Supposedly that’s the way the whole universe operates, some of its dust congealing into stars, and some into the planets the stars keep as pets, and every so often some of the dust motivates itself into life like us: self-conscious, tiny sparks that crumble fast away. 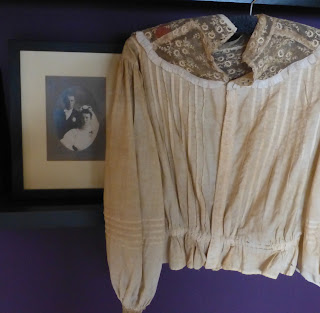 The stars we see may be long gone. There’s some evidence that the present is all there is, but we’re not comfortable with that, and we enlist Time to keep the present from getting all jammed up. Still, there’s no making sense of the thing. If time does flow, it doesn’t do it evenly.

Dave and I have a little mountain cabin in the moss-happy woods that we go to when we can, and it’s somewhere around 1960 in there. The forest fends off the Internet and cell phones sulk in silence like artifacts or curiosities. We do have electric lights, unless a gust knocks a tree across the line and sends us back another century. Not long ago, we brought in my childhood chest of drawers, a familiar piece that traveled unchanged from Virginia to Montana to Oregon over the course of fifty years, but after mere weeks in the damp of the cabin it clamped itself shut and refused to open. So we decided to make another trip to bring up open shelving to stack our linens in.
When we got there, the place was damper than usual. A large window lay shattered to pieces inside and out. We did a quick inventory and discovered a number of items missing that had been repurposed into methamphetamine. It was nothing we hadn’t seen before. Thirty years ago, we might have felt seriously ticked off. We might have nurtured our wounds as though ignoring them was doing them a dishonor, but that was thirty years closer to our childhoods, and time has contracted. Now we just sweep up glass and skip ahead to the time when we aren’t thinking about it anymore. The back of the warped chest of drawers is repurposed into a temporary window and the rest repurposed into kindling. We’re buttoned up and to the weather, and it’s starting to look like some of that is on the way. 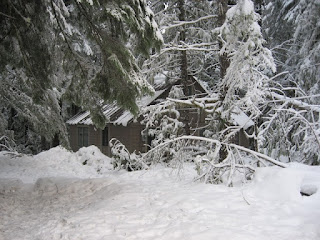 “Beer?” Dave asks, waggling a bottle from the refrigerator.
“It’s kind of early for beer, isn’t it?”
Dave was already pouring. “We’re on mountain time.”
And mountain time runs different. By evening it has nearly come to a stop. A wafer of the ocean a hundred miles west of us has repurposed itself as snow, and it piles up outside our wooden window and buries all clamor, without and within. Two companions who had not always been old sit in front of a chest-of-drawers fire with glasses of beer. They’ve still got a little more spark before they crumble.