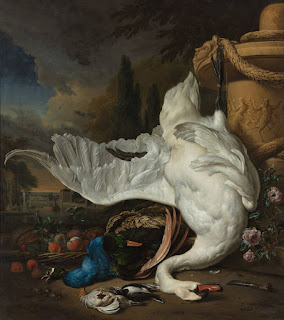 I miss our madrigal group. I do. There’s something awfully satisfying about making music with other people. Even if our instruments are not in tune, and ours weren’t, it’s fun. Nobody pays much attention to anybody but the first soprano, and with Dorothy nailing down that spot, we probably didn’t sound too bad, from a distance. Madrigals are particularly fun because they’re written with tight, interesting harmonies. Even the alto gets the occasional star turn instead of the usual mid-range mayonnaise that’s only in there to keep the tenors from bumping into the sopranos. You do not want to bump into a soprano. We altos sacrifice our bodies to keep the peace and keep down the chafing.

I didn’t used to be an alto. I sang soprano in the church choirs, and while anything above high F was painful to me and anyone else around, I could hit it in a pinch. I’d be in the front of the group on account of being small but never sang the really high parts. Guess you could call me a minute second soprano.

That’s the worst thing about quitting church, if you don’t seek out other choral groups. You quit singing, and in no time your range compresses down to a wafer. Since the alto parts rarely ask much of the singer, it works out. You get to doodle around with your allotted five or six notes but you do make a contribution. You’re not the steering wheel or the engine but everyone likes cup-holders.

The madrigal group met periodically. Oh, we cut loose with our merry lads and bonny lasses, but we couldn’t quit until we’d wallowed in The Silver Swan. The Silver Swan, in case you don’t know, is a long drawn-out murder of a very depressing bird, and almost impossible to sing without clutching your chest and keeling over and making gack noises. The poor silver swan, living, had no note. Didn’t sing a lick until she was at death’s door, and then sang her first and last and sang no more. Farewell all joys! Oh Death, come close my eyes!

This madrigal should most properly be sung in a bathtub with razor blades.

Once we’d slain the swan, we were free to go, but we usually had to knock back a tankard of ale first just to regain our desire to live. Orlando Gibbons wrote The Silver Swanne in the early seventeenth century and it’s his best-known effort, but he did bang out quite the oeuvre, hitting many of the same themes (musically, this is known as a “rut”). For instance, there was his Daintie Bird. Yet another bird, this one encaged, and so like the composer! Both imprisoned, both singing to please a woman, but unlike the daintie bird who sings to live, he sings and drops dead.

Or “Farewell, all Joyes,” in which he begs to “let me die lamenting.”

It’s the dang swanne all over again.

Orlando Gibbons died at age 41, which is said to have surprised his peers, but jeezy peezy, they should’ve seen this coming. He hadn’t written himself any alternatives. They called it apoplexy at the time, one of those antique general-purpose deaths, like consumption, that could refer to any number of things but got the job done. Three hundred years down the road, genius pianist Glenn Gould declared Gibbons his favorite composer, but Glenn Gould would fold up and fall apart if the air temperature wasn’t just so, and groaned all the way through his pieces, and basically died of hypochondria. An apoplexy, actually. Cue the swanne.