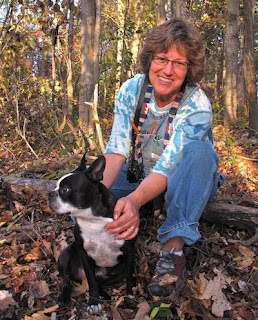 We’re Americans. We came, we conquered, we pushed into the endless West by the sweat of our brow and the fire of our rifles, and even though we ran out of endlessness long ago, we still believe we can bootstrap ourselves into our own individual clean water and roads and schools and self-defense, all 320 million of us. ‘S long as we don’t get sick or nothin’. No socialism for us!

But oh, capitalism. Why do we love it so, and so uncritically? It’s the engine of prosperity, that’s the dogma–the idea that the means of production are in private hands, that profit accrues to the victors, that everyone comes out better, that we go on growing forever and together. If only there were any evidence that it’s true, and not that a whole lot of people are doing the work and a tiny fraction is accumulating the profits, and that it’s not possible to grow forever! Something doesn’t add up.

Used to be people did for themselves and traded for what they could, and mostly people were on the same level. Maybe not for the last few hundred years, but for a million more before that. And they managed to thrive. What’s happening, now that having far more than one needs has been elevated to a virtue? 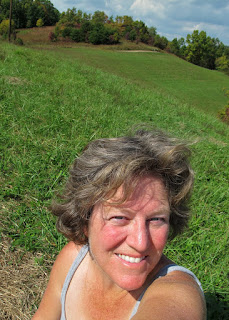 Ask my friend Julie. Julie Zickefoose is a naturalist, exquisitely educated in the splendor of this, our first and last planet. She is observant enough to behold the whole fabric, to know what will come undone when the threads are pulled. She knows what sustains us. But she has to pay for that intimacy. Because, more than those of us who allow advertising to instruct us what we should crave, she experiences every day the thumping joy of natural abundance, our true wealth. And with it, the freight of sorrow that comes with knowing what we’ve lost, and have yet to lose.

She’s counting her losses now. She’s got eighty natural Ohio acres she calls a “sanctuary,” because it’s the losses all around it that define it. And just down the road, she is watching a wooded wonder come crashing down, tree by tree, and she knows every creature that depends on it, bird to bat to bobcat. She’ll be the one who remembers where the newt pond used to be. She is watching a tapestry being degraded to burlap. Because someone was willing to part with it for a dab of cash to put an oil well in there. Soon the birdsong will be crushed under a constant roar, and a flaming stack will steal the dark from the night.

She and many of her neighbors have not signed away their mineral rights, but a patchwork of natural poverty is blooming all around her, scored by a drumbeat of machinery. When the patches overwhelm the original fabric, the threads can’t hold it together.

Lord pity the people who have the misfortune of living on top of something like the Marcellus Shale. When coal is to be mined, or copper, or diamonds, or shale oil, everything that stands between capitalism’s victors and their money is called “overburden.” That would include your forests, your carbon sinks, your newt ponds, your topsoil, your water, your last planet’s own means of production. And all of us: we’re overburden too. Coal miners are nothing if not expendable, but so is everyone else who counts on the genius of the living world to sustain us, even if we don’t know it. We are to be tossed aside as the money is siphoned to the top and we will be left with less than we started with. Much less.

It’s not a coincidence that extraction piracy is so often inflicted on indigenous peoples. In some parts of the world, they are sitting on the last unmolested acres, so they must be subdued. In America, the First Nations were allotted the unloved bits, the pieces with no obvious value to the conquerers, and now that it turns out there’s black gold in them there barren hills, why, it’s time for them to knuckle under again. In North Dakota, the Standing Rock Sioux are holding their ground against the capitalists. The oil comes from elsewhere, but the pipeline is to be routed in a way that threatens their sacred sites and their water. Life, in other words. Lest these concerns seem quaint and primitive, know this: the pipeline route has already been changed to accommodate the needs of the good white people of Bismarck.

Only a false economy considers the profit of a few to be a fair swap for a devastated, discarded landscape and a ruined atmosphere. The balance sheets are off. The costs have been hidden.

The Standing Rock Sioux understand what is sacred on this last planet, and they’re standing against its destruction. Who will stand with them?