The invitation came handwritten on a tiny card via US Mail, as God and Benjamin Franklin intended. It was from my neighbor Gayle: bane of the medical establishment, terror of the customer service department (“I’m retired, honey. I can stay on this phone all damn day”), official neighborhood hoot, pushing seventy–behind her. She throws parties at random times of the year and invites all her girlfriends. There’s always a Slut, and always a theme, and the subtext is always I’ll be damned, I’m still alive. The theme this time was Wear A Spring Hat.

That was easy. I already have a Spring Hat left over from when my friends the Ms (Margaret, Margaret, Mary Ann, and Me) showed up for Margaret’s wedding in pink thrift store dresses and flowered hats.  The marriage foundered, but I still have my hat. Usually if I plan to dress up for anything, the wardrobe falls apart in one way or another. I didn’t get the segment of my X-chromosome devoted to shoes, so even if I have a skirt and matching blouse, I won’t have proper footwear. Or if I go with long pants that will obscure my shoe choices, I don’t have a coat that works. None of it matters at Gayle’s parties. If you make an effort with the hat, you’re golden. 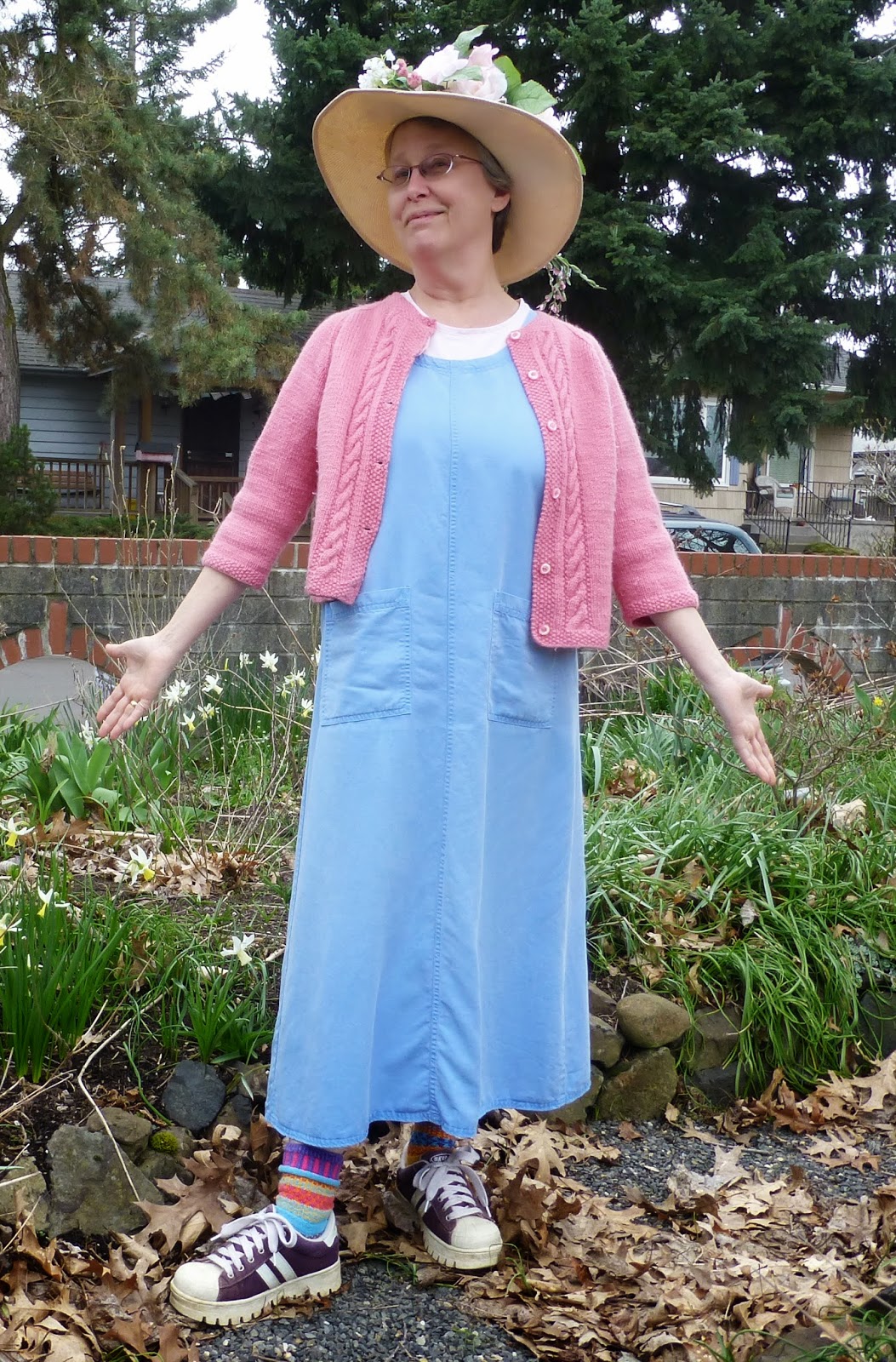 Everyone looked terrific. Edith couldn’t take her hat off because she was incubating robin eggs on the top of it, and Gladys couldn’t get hers to stay on because her head didn’t clear the back of the sofa and the petunias kept pushing against the upholstery. The Slut looked particularly fine, undressed to the nines as always.

This isn’t a group of kids with cell phones and excuses. I was two minutes late and everyone was already there, on time. “I don’t know how to kill him,” Gloria was saying as I walked in. “I’m in a ranch house.”

I can get up to speed in no time. Gloria was referring to Gayle’s famous dictum: never live with a man in a house with no stairs. “Gravity is your friend,” she always says. “If you’re going to have an argument, make sure you have it at the top of the stairs.” Gayle has handily outlived two husbands, so far.

Gloria went on. “So I don’t have any stairs, and we only have the one car, and he’s always driving it. If I drive, he’s in it.” 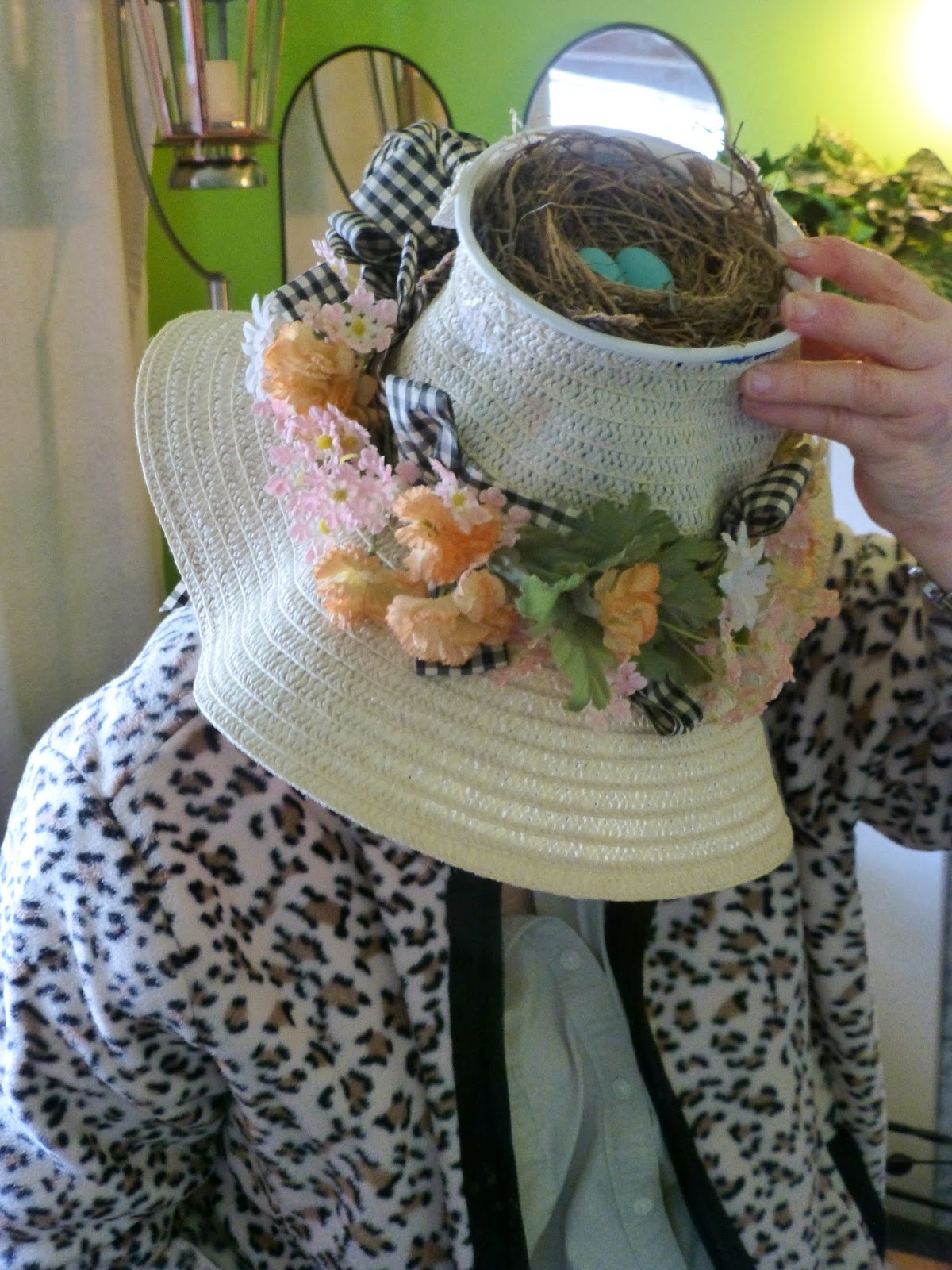 Allene piped up. “You can always ask him to check the headlights,” she pointed out. Heads nodded. “People’s feet slip on the pedals all the time.” There was more general discussion. The consensus was you could expect to run through a number of men before you find one you didn’t want to kill, or became too tired to care. Allene herself had racked up 42 years with just the one, and things are going pretty smoothly now. It’s all a matter of adjustment. She’d had to make one not that long ago, when her husband finally got hearing aids. “Now I have to be careful what I say,” she said. “I need another outlet.”

It’s great to catch up with people you only see a couple times a year. There’s the grandchildren and son-in-law roster and the associated meth report. Bernie listened for a while and became exasperated. “Why do they have to do all that meth stuff? When there’s perfectly good alcohol.” Allene began to rhapsodize about lemon-drop martinis, her eyes rolling back in a parody of ecstasy, I hope. Over half the women at the party are diabetic, and some could keel over at any time if fed the wrong ingredient. It’s part of the party atmosphere. Edith is lactose-intolerant but assured us all that she doesn’t have a seizure or anything, she only gets diarrhea. We were cool with that.

But it did serve to change the subject. I mentioned the trouble I have peeing in the woods because when I try to pull up my pants fast enough to catch the last drip, I keep getting my binoculars stuck in my underpants. None of the other women could manage to pee in the woods at all. “I have to have a seat, a seat with a hole in it,” Allene said firmly. “And it has to be in my house,” she added. Allene will drive  home in the middle of a shopping expedition if she has to. We briefly discussed the possibility of wearing our spring hats and marching across the alley to my house, knocking on the door, and filing in to use the bathroom, but I was a little nervous for Dave.

Gayle’s son Ken made a brief appearance on his way to his quarters in the basement. Ken has always been a polite and deferential lad. These are the women he grew up with, and he’s not stupid.

Allene had to go home early.