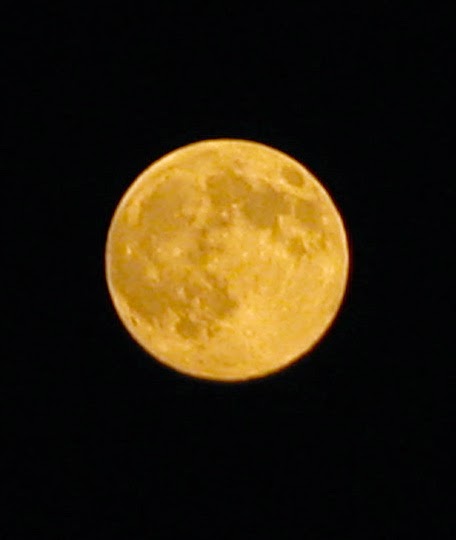 The moon was huge the other night. It was so big I almost got my period.  Supermoon, they called it, but that doesn’t mean much. That’s just more word inflation, which seems to be required in a world where, omigod, we’re all brilliant and everything we do is uh-mazing. The moon is always worth looking at and doesn’t really need a public relations department. I had the same thought I usually do when I see a nice full moon: wouldn’t it be cool if we had a bunch of them?

I mean, wouldn’t it be swell to be on Jupiter? Except for the chilly part. Sixty-seven moons winging around that thing, all taking different amounts of time to make the trip, some going this way and some going the other way. There would probably be people around who could rig up tables of exactly how they were going to be arrayed on any given night, but your average person is unlikely to be able to keep track of it without the cheat sheet. Which shouldn’t detract from the sheer joy of it all. 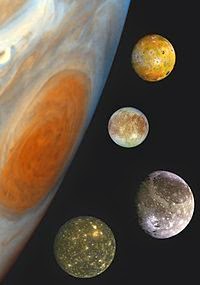 Just my luck I’d be stuck on the bus next to someone who goes on and on about the relative positions of Ganymede and Io and the consequences for my fortunes. She’d reel off a dozen moons in retrograde that will soon collaborate on an auspicious moment for changing jobs or starting a relationship, and explain my own personality to me based on the confluence of Europa and Callisto at the moment my egg split off from the motherpod. And on Jupiter it could be a long, long bus trip. I swear, Jupiter is wasted on the Jupitroids.

Anyway, what we just saw here was the Harvest Moon. It’s called that because it’s a full moon that occurs during “harvest time,” which is an old-timey expression from back in the days we didn’t have mangoes and kiwi fruit available in the store all year, thanks to all that oil. Same exact moon in February would be called the Shoot Me, It’s Still Raining Moon. If we could see it.

Mangoes be damned, it does signal a change of seasons. We still have changes of seasons–most of us–because our planet is tilted in relation to the sun, and depending on where we are in our revolution, the sunlight is scoring either a direct hit or angling in. The difference between lolling on a raft in your underwear and having to wear everything you own just to cross the parking lot comes down to how much atmosphere that sun needs to slice through. And the atmosphere isn’t very thick. It’s just a wafer of batting wrapped around the planet. But that thin batting is why we have wind and weather and, for that matter, liquid water at the surface at all. We owe our very existence to that batting, but we’ve gotten mighty slapdash with it. We just keep dumping crap in it.

That’s what happens when people keep their perspectives narrow. Heck, we think the sky is blue, when really it’s black almost everywhere, as soon as you get a few miles from here. We even fancy God on a nice fluffy cloud in the blue sky and imagine it’s heaven, although that would mean God is practically parking His Fanny on the earth itself. Hope he likes it toasty.