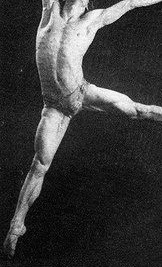 We never had a baby. Lots of reasons, really. Odds are it would have turned out something like us. Also, we had no evidence the planet was running short on humans, and neither of us was mature enough, frankly, to have given any thought to my mitochondrial DNA.

That was then. We’d have been in much better shape now. Now, apparently, you can make a baby with three parents. Right off the bat, that gives you more ways to spread the blame. I found the concept intriguing. At the very least it seemed we might have been able to eke out a taller child. But what if Dave and I could have collaborated on genetic material that would pass on, say, Mikhail Baryshnikov’s dancing ability?

Or anything else he’d care to contribute?

The process sounded like it could be a lot of fun. Evidently, though, this is not the sort of result they’re going for, and I might also have been mistaken about how the three-parent conception procedure works. It’s all rather clinical and entails a lot of technical whizbangery. And it’s always going to involve two women and a man, who is unlikely to be Mikhail Baryshnikov. 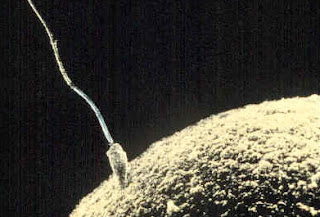 What they are trying to do is avoid passing on genetic defects that lead to diseases such as diabetes and Alzheimer’s. And some of these are passed on via mitochondrial DNA, which is different from your standard over-the-counter nuclear DNA. The mitochondria are little pellety jobs inside almost every cell that perform a number of functions, such as converting energy. Each one is like a little power plant, and has its own personal loop of DNA. It’s not very large. In fact, the whole contraption resembles a bacterium more than it does anything else.

There are those who postulate that the mitochondria were originally developed from a tiny rib taken from the host cell. But most scientists believe that they were sort of conscripted into our more complex cells to do slave labor early on, like a billion and a half years ago. Maybe this doesn’t speak well of us, but the mitochondria are used to it. Nobody’s asking for reparations, and Stockholm Syndrome set in for them a long time ago. And now they can’t survive outside the cell anymore, but they get back at us by pretty much deciding when we start to wither and die.

The mitochondria are passed along solely from the mother, who populates her child with all the mitochondria he’ll ever need just from whatever she has lying around her own egg cell. The father has mitochondria too, of course, but they never make it to the zygote. Most of the mitochondria in the sperm cell are at the end of the tail, and that snaps off from sheer exhaustion when fertilization occurs. And whatever’s left of the male mitochondria is marked for self-destruction inside the egg. Mama looks around at what the sperm is bringing to the table and says Yes Please to the Baryshnikov bits and No Thank You to the mitochondria. It’s just easier that way. Less argument. 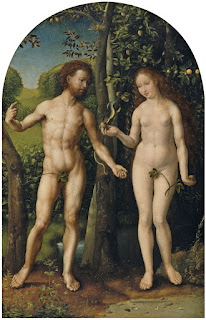 It was the study of maternal mitochondrial DNA that allowed scientists to determine when our most recent common ancestor lived, the woman whose mitochondrial DNA lives on in all  of us. In an unbelievable coincidence, her name was Eve, and she lived about 200,000 years ago, give or take 100,000 years. That sounds like a pretty slapdash calculation, but really, once you get to be 100,000 years old, that’s about as old as you’re ever going to look. They did a backwards progression of mitochondrial genetic decay to come up with the 200,000, and got supporting evidence that Eve has been tapping into her IRAs for 199,930 years.

So now we get back to the three parents of the three-parent baby, one of whom is unlikely to be Mikhail Baryshnikov. One is a woman with sound mitochondria; one is a woman with dicey mitochondria but a nice egg nucleus; and the third is of course Dad, who is in charge of aiming a sperm at the combo-platter egg, where his mitochondria will blow up like suicide bombers. The sperm doesn’t care. The sperm is all fervor and no nuance. All anyone is planning to get out of the deal is a baby with a better chance of avoiding certain diseases.

And, with any luck, it’ll be Round-up Ready, too.