A few of you have written to me to let me know my little email notifications have been showing up in hieroglyphics. “Murrmurrs,” it starts out, and then elaborates thus: !–[if gte mso 9]!–o false 18 pt l8 pt o false false false…

Well, it’s catchy, all right, but it’s not ideal, from the standpoint of communication. I admit that. I feel a twinge of apprehension, and then I launch my standard response to anything I don’t understand, which is to pretend everything’s fine. Walk in bleeding from the armpits and pixilated with a purple rash, and I’ll tell you “oh that! I had that before. It’s nothing. You’ll be right as rain in no time.” Then comes the whump sound and soon you and your suit are stretched out in a box. I embrace denial as a life strategy.

And in things related to computers, sometimes it works out. Sometimes you just have to turn off the machine and give it a good night’s rest and everything’s sunshine and waffles the next morning. I wrote back to my concerned readers. “Yeah, I don’t know what that’s all about,” I wrote. “Sometimes the Google Blogger platform just has an epizootic. There’s no explaining it. Anyway, it’s nothing in my control. Thanks.” It suits me to think that nothing is in my control. The alternative is to consider that it might be, but I’m too stupid to fix it. And my preference leans strongly toward feeling not stupid. It’s odd: I’m comfortable being ignorant of the mysteries of the universe, with no urge to make up a cast of deities to give it some order, but when it comes to computers I believe in a whole pantheon of gremlins and bogeymen and eagerly await the Armageddon wherein the mighty glitch-slayers prevail against the viruses and hackers and we all live happily ever after in the Cloud.

So I kick the can down the road. “I’ll look into it,” I say, “just as soon as we get to the bottom of this fiasco in Benghazi.” I have been led to believe this is a grown-up approach.

Besides, it’s not really a problem, I tell myself. People can still click on the title and it will go straight to my blog. They know that, right? Then I remember the people who complained that my posts are funny but they’re really short and end in the middle of a sentence, and I realize that no, some people don’t actually get that at all.

You can set up your email notifications to deliver the entire post, or just a snippet that cuts off after a certain number of letters. I chose the snippet because I want people to go to my blog where they trip the magic people-counter. But I’ve never been completely thrilled with the notification. For one thing, although I put my posts in at 3AM every Wednesday and Saturday, Google doesn’t fire off the alert until later in the evening. “Let’s do dinnertime,” Google says, with the sensibilities of a telemarketer.

Then I looked at my people-counter and discovered that my audience has dropped off quite a bit in the last couple months. So I logged into Blogger Help Forum and typed out my question. I had no real hope this would work out. Even if someone did hammer out a reply, it would come with instructions that I’m thirty years too old to understand, and I would give up, feeling irritated, which I prefer to feeling stupid. “First, determine the ID or class of the relatively positioned column, clear your browser’s cache/cookies, and then simply add the following between your style and /style tags…” it would say, and I would say, “go fuck yourself.” 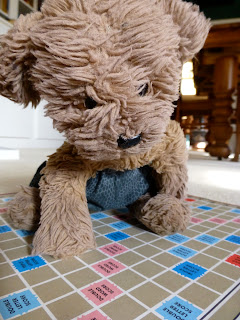 But, miracle of miracles, the next morning I had an email in the King’s English from a glitch-slayer explaining that it appeared I was cutting and pasting my posts into my template from a Microsoft Word document, and that led to a formatting problem. And gave me a set of intelligible instructions to counteract this. I don’t know what “formatting” means, but they had me. I do write my posts in Word and when I first started blogging I tried to paste them into the template, but they went straight to hieroglyphics, so I got in the habit of retyping them instead. But faced with putting in six posts in advance of my trip to New Zealand, I tried the cut-and-paste again, and lo, this time it worked. Cool! Sometimes Google improves things on its own, and it appeared it had. Except, apparently, it still sent all its spare hieroglyphics to the email notification.

So if some of you are reading your first Murrmurrs in months because you read “–[if gte mso 9]!” and you thought I’d lost my touch, settle in! You’ve got some reading to do. Pootie and I will be here playing Scrabble Twister until you’ve caught up.