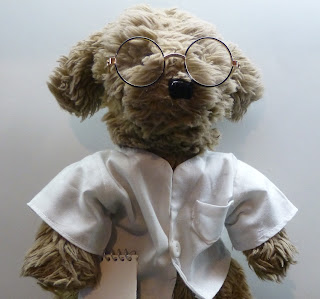 Kaiser Permanente is a highly regarded health maintenance organization, and I like them well enough. Certainly I do not count myself among all those whiners you hear complaining about how they took off the wrong leg and stuff, like they’re so perfect. I mean, they can do that only once at most, and then it’s problem solved.

They’ve never offered to take anything off of me. I had a fatty deposit on my eyeball once that they figured could stay put. Got something they call fibroid tumors growing inside me and something else hanging out of my urethra like a damn pee deflector, and their surgeons won’t get out of bed for any of those, either. They won’t even slice off the mole where my eyebrow used to be. Sucker is big enough to throw shade but the only C-word they keep using is “cosmetic.” During my colonoscopy, everything looked so good that they not only didn’t nip anything out, but they didn’t even need to clean the itty bitty camera afterwards. All they ever do when I point out potentially fatal conditions is offer to keep an eye on things. 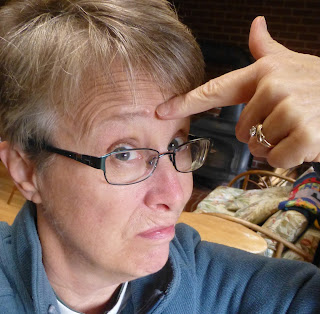 That’s the real problem with Kaiser. They never find anything wrong with me. I’ve explained to anyone who still listens that there’s something wrong with my heart. It skips and flutters and doesn’t kick in on a hike until I’ve gone a quarter mile or so, when it finally says oh fine and starts working again, and sure, then it gets me up a mountain and back, but you can’t tell me people don’t die in the first quarter mile. They do.

The doctors humor me. They’ve stuck electrodes on me and put me on a treadmill and hooked me up to machines and did a lung function test and most anything I’ve asked them to do, and everything always comes out just fine. They’re quacks.

Take the other day. My crustacean tubes have been clogged up since I got the flu in February, so I consulted the Ear Nose and Throat contingency. They gave me a hearing test. They stuck doo-dads in my ears and disappeared into a different room and had me push a button when I heard things. Well, evidently, they haven’t seen such a good hearing test on an old lady in ages. They couldn’t stop gushing about it. Evidently, I could track whales from fifty miles inland. But heck. They stuck the sounds right in my ears. I’d like to see them try it from a few yards away, behind the crustacean tubes’ backs.

That’s what the nurse-lady did when I was taking my physical exam for postal work back in the ’70s. She got at one end of the hall and asked me to repeat what she said, getting softer all the time. “Pancake,” she said. “Pancake,” I said back. “What?” she said.

That’s how you conduct a hearing test. Well, it was silly anyway. Letter carriers never listen to anyone. They had us lift a seventy-pound sack, which was at least germane to the job. For the rest, they could have just dispensed with the physical and issued us bullet-proof vests, and we’d have been fine for anything that was likely to come up in the station. 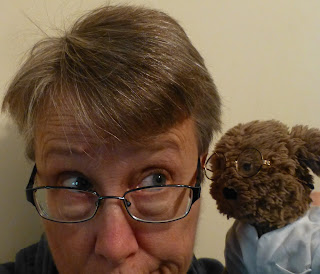 So the ENT doctor came in and said more nice things about my hearing test and looked in my throat, where he claims he saw my crustacean tubes winking at him and looking tip-top, and then he looked in my ears and told me, breathlessly, that I had beautiful ear drums, and wrote me a prescription for Flonase just for the hell of it and called it a day. They’re all about the flattery, Kaiser. Apparently I am a pink paragon of perfection.

Basically, they don’t think I’m ever going to die of anything, and that’s just medically incompetent. They have no credibility. I’m not buying any of it until someone peers down my throat and up my butt and between my toes and tells me it looks like I have a touch of being about to be hit by a bus.

And they’re going to want to keep an eye on that.