They Shoot Out The Lip

Mike Pence is upset. “Throughout most of American history, it’s been pretty easy to call yourself Christian,” he said. “It didn’t even occur to people that you might be mocked or ridiculed for defending the teachings of the Bible.” He’s right about that. Shoot, you used to be able to quote the Bible in support of slaveholding and killing the savages and nobody’d even bat an eye. That’s how comfortable you can be when you’re completely surrounded by people just like yourself, and you can do that by subjugating and exterminating the others.

I don’t know. Maybe it takes being a non-Christian to notice how thoroughly saturated this country is in Christianity, where Jesus engineers touchdowns and is called upon to approve of war and discrimination, but if you really feel under attack, so be it. It does strike me as being over-delicate, although, as a practicing liberal, I have trained myself to take other people at their word when they feel oppressed or offended. 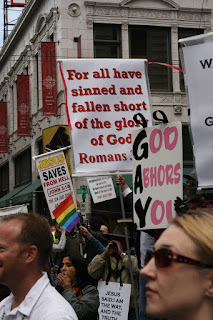 I understand. Being ridiculed is miserable. It’s not like being kicked to death for being gay, or having a bull’s-eye put on you for being a Muslim  or a refugee, or having your children kidnapped at the border, or having bombs dropped on you, but it stings. It stings.

So I’m here to assure you that I don’t care what fool thing you believe. You could invent a planet to retire to, or make plans to shake Jesus’s hand in the sky. In fact, you could bind up the creation myths of prehistoric goatherds and the hallucinations of schizophrenics and the edicts of tyrants, drop it a few dozen times, sweep it back up in no order and staple it together and tell me it’s the word of God, and I won’t mock you to your face.

I’m not a Christian, which I think is still legal. But it doesn’t matter to me what you believe, unless it actually affects me, or other people, or unless I think it’s evil, a word you don’t own, and which I still get to use. Mr. Pence, you say that many people who espouse tolerance–you mean liberals–are often the least tolerant of Christian values. Not really, Mr. Pence. We love the Jesus values. Just not the values of intolerance.

You see, Mr. Pence, anyone can call himself a Christian. 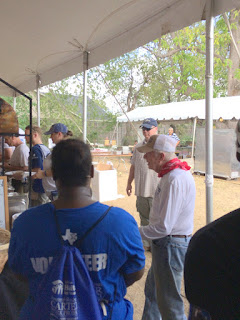 Good people have some things in common, but being Christian isn’t one of them. Some of them are Christians and some of them are atheists. Some of them have abortions and some of them vote for socialists. Some of them have the habit of prayer and some swear like sailors. Good people’s hearts tilt toward kindness; they’re not quick to judge. They can imagine circumstances different from their own. They aim for peace. They build bridges and tear down walls. They are generous. They do not demonize groups; they recognize individuals. They can imagine another’s suffering as their own. To the degree possible, they live without fear.

Good people strive to not hurt others. They do this by recognizing other people as essentially like themselves, and so they can imagine what the hurt is like. It’s a Golden Rule thing. Give it a shot, Mr. Pence.