This Either Is, Or Is Not, Awesome 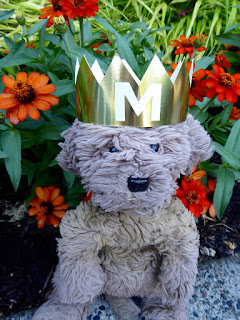 This here is my one-thousandth blog post, which is obviously awesome! By “awesome” I mean immensely cool, or even just cool, or else I’m just signaling the end of a sentence and now it’s your turn to talk.

Cranky language people like to sniff that we’ve gotten careless with the word “awesome” and that if we use it, we’d better be talking about, well, God, or somebody equally impressive. Or one of his larger or more photogenic works. Mostly they don’t notice that it started out, around 1600, meaning “full of awe” (so it would, say, refer to somebody beholding God rather than the big guy himself). And then only later was it applied to the awe-inspiring item. At any rate, the curmudgeondom is pretty certain “awesome” shouldn’t refer to a collection of blog posts, or a satisfying dump, or even the observation that a person can meet someone at the movies at five. None of those should evoke an “awesome.”

This doesn’t bother me much. I understand that there is a need to shanghai words for one’s own purposes sometimes, and there’s a further need in any community to shake the vocabulary up a bit so it doesn’t sound stale. “It’s garbage day,” I might say, and someone might say “Awesome” back. It didn’t even have to be “awesome.” It could have been “saline” or “gibbous.” The point is to move conversation along and, maybe, send a signal to your own tribe that you’re a member in good standing. Some day in the future, you might hear someone saying “Gibbous, dude,” although “dude” will have been replaced by then. By “bosco,” or “kipper.”

“Awesome” has been on the way out for a while. Now you’re more likely to hear things are “perfect.” If you order something off the menu in a restaurant, your servidude will automatically say “Perfect.” One suspects that every single thing on the menu is equally perfect and you doubt that, but after all it’s a sunny attitude to take toward your food, or your willingness to schedule an appointment at a certain time (“Perfect”).

Anyway, I don’t get real worked up about it. I know how this works. Some word or phrase or even inflection becomes passed around your cohort and before you know it, you hear it vaulting out of your own face like a dog after a squirrel. Bam. It’s like influenza. You think you’re immune, but you’re not. You can go sixty years without ever saying “I know, right?” or “I can’t even with this” and then, suddenly, you do. You might feel sort of weak and susceptible when you hear yourself saying it for the first time. (But at least you know what a “cohort” is.)

Still, I was startled the other day when Dave and I were on a walk, and we saw a young man get out of a delivery truck, and we said “Hi there, which direction  is Burnside?” And he smiled and said “What an amazing question,” and pulled out his phone to check.

He looked at me and laughed back. “I guess you’re right!”

“It’s kind of an ordinary question, really,” I pointed out.

Good enough! We did all feel a few notches happier, all right. He pointed toward Burnside, after checking his phone, and got back in the truck. We took his amazing information and headed toward Burnside.