This Is About A Box Of Dicks 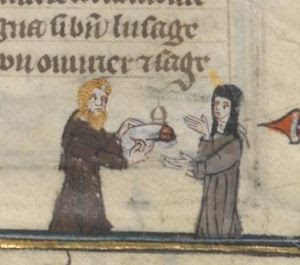 Picture a big ol’ box of dicks. They’re wriggling around, they’re eating oats. Something about that image just sticks with you. It’s hard to stop thinking about it, especially if you have ever admired a worm bin. It’s jolly.

It may not strictly be a real thing. In fact, there is some talk that it is more like a bird’s nest of dicks, and not a box at all.

But this is the very image brought to us courtesy of a Heinrich Kramer–“Heinie” to his friends–who presented it in his 1487 opus, Malleus Maleficarum. In this book he lays out the case against witches along with advice on how to spot them and try them and burn them to a crisp. He was also the chief proponent of the idea that witches were mainly women, who were disproportionately drawn to the Devil due to their insatiable lust. At least, one assumes he was not able to satisfy them.

Women do seem to get a bad rap in certain circles that usually do not contain women. There is a very good reason for this, and it is that women have a way of making men feel funny in the tummy, but then they can’t always be counted on to do anything about it, and that ticks the men off. Women shouldn’t be able to just go around willy-nilly bewitching people into feeling things they can’t control. ‘Specially the real purty ones, amiright, Heinie?

Mr. Kramer was a Catholic clergyman with a particular interest in witches and he wrote his book shortly after he had to leave Innsbruck. He had been accused of inappropriate behavior; also, during a tribunal, he displayed such lurid and obsessive interest in the sexual habits of a female on trial that he even creeped out the bishop, who thought he was crazy and expelled him from the city. 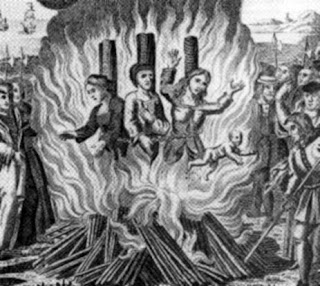 One would think that would be that, but there’s a lot of evidence that being crazy is not an impediment to political success, especially if you’re really sure of yourself. Kramer soon received explicit approval from the pope via some Bull to continue to prosecute witches and then he wrote his book and went all in. About that box of penises: apparently, men kept discovering their penises missing, or much reduced, or inoperable, and the obvious conclusion was that witches had taken them and boxed them up, twenty or thirty at a whack, sometimes placing them high in a tree. One unfortunate fellow was said to have consulted a witch about his missing member and was told to climb a tree containing a nest of penises and pick out any one he wanted, but it didn’t work out for him. He picked one of the larger ones, as one does, but he couldn’t have it because it belonged to a parish priest. 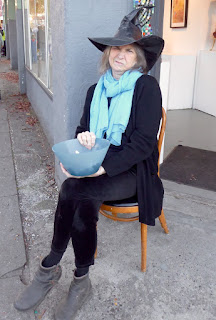 This is a compelling story: great hook, strong arc, leaves the reader hanging on every word. But what evidence did Mr. Kramer present that it is true? Well. First he discredited his critics. Then, according to his manuscript, he declared: “This has been seen by many and is a matter of common talk.” Good enough! Sales went through the roof for the next 200 years. Only the Bible sold better.

Something about this penis story sounds awfully familiar, but I can’t put my finger on it. Oh wait.

“You know, a lot of people are saying that, and a lot of people are saying that bad things are happening out there,” someone said recently, in response to a question about Obama being a Muslim and setting up Muslim training camps. It’s not much of an answer, so in all likelihood it didn’t resonate with anybody, and Muslims should have no fear of persecution, any more than women should fear being tried and executed for witchcraft. Some forty to fifty thousand were, right up through the 18th century, but that was then. People used to be stupid. Nothing like that could happen now.