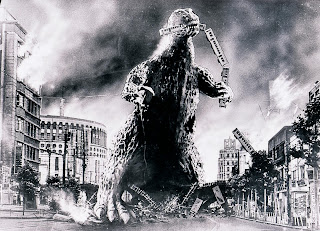 There was this ominous thudding sound. It was rhythmic; it shook the house. I wondered if we were finally gearing up for our 9.0 earthquake. Then I figured it was pile-driving somewhere nearby. Finally I realized it had to be Godzilla. Thud. Thud. Thud.

I was right the third time. Says here in the paper that Walmart wants to jam in seventeen new stores near here and wipe out all the other grocery stores. No, I’m not making that up–they admit it right up front. It’s the kind of thing you can do when you’re city-stompin’ size.

As a liberal, I protest. That’s what liberals do: we protest. We’d be so much better off if we just started packing like everyone else, made up shit and blasted it through the internet. Not us. We mass together politely like large outdoor book groups and we yell “What do we want?” Fair trade clothing, a living wage for all, sustainable agriculture and universal health care! “When do we want it?” We’d like it now if it’s not too much trouble! We’re pathetic. 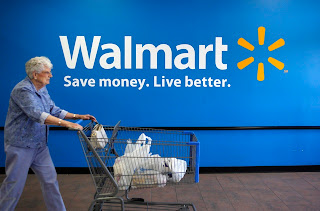 Why do liberals hate Walmart? No matter what you’ve heard, it has nothing to do with arugula. That’s the line: liberals are such snobs that they only want to patronize stores with arugula and wouldn’t be caught dead in a Walmart. We think we’re better than everyone else. We’re elite.

By “elite” they mean “effete.” The subtext is that arugula is an effeminate form of iceberg lettuce. And that drives us liberals nuts, because then we have to counter that it has nothing to do with arugula, and even if it did, we don’t think there’s anything wrong with being effeminate, if that’s the way we roll, and now you’ve got us talking about that, and before you know it they’ve got us so worked up we end up calling someone a Philistine, and that’s it, game over, Walmart wins. Thud. Thud. Thud.

So that’s the narrative. Liberals hate Walmart because they’re snobby arugula-eaters and they don’t really give a damn about poor people who might appreciate always low prices, always. It’s a deliberate smear and there’s plenty of money behind thinking it up. It’s propaganda, and it works, as propaganda is meant to do. But it isn’t any more truthful than the Democrats’ idea that there is a Republican War On Women. That is total hyperbole. Plenty of Republicans like women just fine, either one at a time or several on the side, and the ones who don’t are willing to maintain one as a spousal avatar. War On Women, indeed. At worst they might be getting a little woody, thinking about bunching up the attractive ones in an internment camp, but war? No. 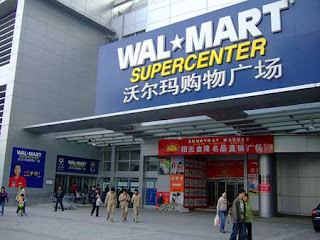 Liberals hate Walmart because it got way too big and powerful, big enough to re-write the rules in their favor, bigger than entire countries, and they had most of the economic marbles. And instead of trading them, they set them rolling until they’d all reached the lowest point on the planet. They found a bunch of people who would work for practically nothing and didn’t need insurance and scoffed at environmental controls and bingo, that’s where they got things made cheap. Then they brought all that back to America and sold it real cheap to this huge market of people who weren’t doing as well as they used to because their jobs, directly or indirectly, went to China. It’s a genius move, really. You shear the sheep and then you sell them cheap wool sweaters. If they’re cold enough, they’ll even be grateful. 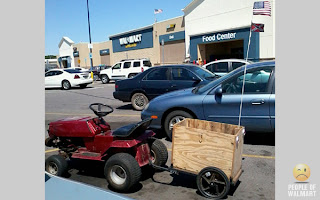 A good liberal pays attention to the true cost of things, and adds up the environmental cost, and the social cost, and the cost of war, and spends his money accordingly even if it means he doesn’t get as much stuff; and the rest of us at least aspire to doing that much of the time. And we won’t pay Godzilla to stomp our town. Not even if he starts selling cheap arugula.