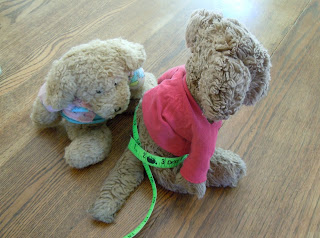 When I first found out there were tests to determine one’s fat percentage, I was interested. Who wouldn’t want to know how marbled they are? People love to put numbers on stuff. At the time, there were a couple ways of going about it. Someone could measure you with calipers in certain key spots, like the mid-rib tickle zone and the upper arm wobbletorium. As long as they stayed away from my neck, which is where I store my chins, I figured I’d come out all right.

Then there was also the dunking technique, whereby the amount of water you displaced and the amount you weigh could be wrangled into a useful fat-to-muscle ratio. Muscle weighs more than the same volume of fat. As a side note, pizza and beer make you really, really strong.

Both of these methods seemed likely to produce meaningful numbers. I never did either one of them. But no one does anymore. For years they’ve been using the Body Mass Index. It’s entirely a function of your height and weight. That’s all. It gets you nowhere other than to let you know if you’re too short for your weight, which you knew anyway. It just gives you another number, which you can compare to a chart to determine where you stand on the spectrum between Attractive and Dead. All the recommended healthy weight charts top out an inch before Dave’s height, so he’s not on the graph, and has interpreted that to mean he can weigh whatever he wants to, since his mom told him not to extrapolate right after a meal.

But the BMI is almost useless, except to those without access to a mirror. It would lead a slight stringy woman who happens to have hooters cantilevered out to Kingdom Come to believe she needs to diet, when all she really needs is bigger feet and a counterweight. 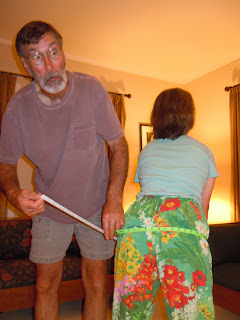 The index (your weight divided by your height, squared) was invented by a Belgian guy between 1830 and 1850. Took him twenty years to come up with it. He knew he was onto something with the height and weight, and he just couldn’t come up with that final piece, squaring the height, when he was essentially dealing with roundness.

Anyway, I was pleased to learn that now there is a Body Adiposity Index. And it gets right to the heart of the issue, which is the butt. All it cares about is your fanny volume and your height. To get your BAI, you need to measure your can with a centimeter tape. (You don’t have one. They’re made for European people, who are smaller.)

Your BAI is your butt measurement divided by your height multiplied by the square root of your height, minus eighteen. What’s the eighteen for? I don’t know, but I will divulge that when we were working in the chemistry labs, sometimes we’d have to put in a number like that just to get the experiment to come out right. It’s a fudge factor, or something a lot like fudge. You want the experiment to come out right, don’t you? 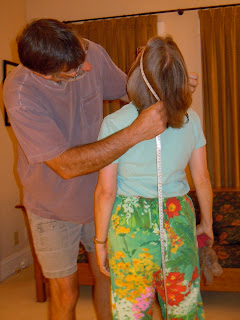 The article I read said you need to get a partner to wrap the centimeter tape (which you don’t have one of) around you. Stop right there. The test starts out by assuming you can’t find your own ass with both hands. Here’s a tip: if it takes more than one person to measure around your butt, you could stand to drop a few pounds.