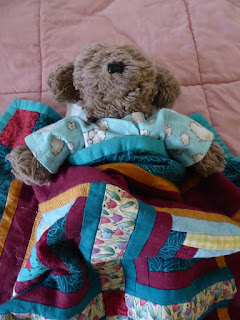 I’m not proud of this.

Several times a night, I wake up and can’t figure out what to do with my arms. This is in spite of the fact that they have been part of my basic equipment for as long as I can remember. I have gone to sleep something like 23,000 times and it’s still an issue. Anyone would think I could have worked it out by now, but I haven’t.

I will wake up on my side with one arm crunched under me and my fist under my pillow, and the other fist crunched up under my chin. I am a giant mantis. One or both hands might feel achy or strained. I stretch out the topmost arm to get the kinks out and unfurl it along the mattress, but then it’s insufficient as a buttress and I start to slump. 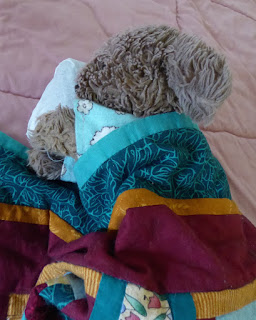 So I roll over onto my stomach, my preferred sleeping position, and elaborately re-punch my pillow so as to support my forehead while excavating a breathing pocket. Arms meet over my head, under the pillow. This is a delicate adjustment and I can spend several minutes getting it right. I am trying to avoid the situation where I dream about being underwater too long and finally jolt awake gasping because my face is solidly pressed into the mattress. So far, I am old enough to jolt awake and move, and not so old that I can’t, but that time’s coming. 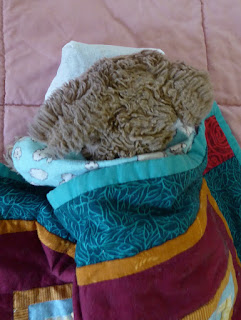 My mother, I believe, put me face down to sleep when I was an infant. People get all worked up about that sort of thing now, but this was during the post-war baby boom and there wasn’t such a big fuss about keeping any one baby alive. Evidently I was resourceful enough or round enough to survive and I have been a stomach-sleeper since forever, which was in 1953.

But it’s a pity, because the only way to sleep without your arms getting in the way is to sleep on your back, which I can’t seem to do.

Arms are important, of course, but mainly it’s the wiggly bits at the ends that seal the deal on most transactions, drawing, or jar-opening, or the like, and the arms just get you a bit of reach (no offense to Thalidomide-Americans). The rest of the time they dangle from your shoulders and swing weirdly. Imagine how befuddled your standard gazelle would be, bounding across the plain, and watching our front legs flopping around like that.

Your arms aren’t really supposed to be doing anything when you’re asleep, and if they are, nobody wants to hear about it. But for most of us there are not a lot of options for how they’re hooked up to the anatomy. Your shoulders aren’t necessarily where you want them while you’re sleeping but they’re not deflatable. 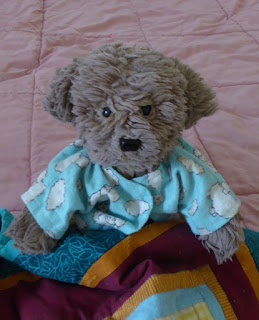 Nothing like this is a problem for my cat Tater, who occasionally sleeps right next to me. For a fifteen-pound mammal, she can really pin down a blanket. I’ve never seen her look at all uncomfortable. I don’t know exactly what is inside her fuzzy packaging, but I do know it is well past al dente.


For me, though, it gets fussy. I can get one arm all unrolled and spread out and I move it an inch up or an inch down until the humors feel unrestricted again, but by that time I need to find the cool spot. If nothing gets worked out in a hurry there’s a danger I will wake up enough to imagine solutions, such as arms that retract like hoses when you’re not using them, or a pit drilled into the mattress to accommodate a face rest with a drool bucket underneath, or a suspended shoulder-hammock made of butterfly wings, and if I think about it long enough to realize these solutions don’t really make sense, then I’m really really awake, and vulnerable to remembering who’s President.

Wish Mom had put me on my back.