To Have And To Hold Up Progress

The effort to legalize gay marriage in New York is stalled. The Republican majority has been meeting in a closet to discuss the matter and has gotten no closer to a resolution. There’s a delicate balance to strike. On the one hand we have the right of adult humans to marry whom they want. On the other hand we have the duty to protect the right of dozens of citizens to be free of the willies.

The Catholic Church, according to New York Archbishop Timothy Dolan, is not softening its position. It’s still rock-hard. Dolan says that gay marriage is a violation of the natural law embedded in every man and woman. I, for one, am glad for the clarification. I thought I felt something, but I just put it down to a tipped uterus.

Dolan is worried that allowing gays to marry would be like marrying your mother, which probably explains why he hasn’t sprung for the ring yet. Nothing against his mom, who, I imagine, has manufactured a holy sufficiency of little Dolans and earned her rest.

New York state senators, of course, are politically obliged to take a more nuanced approach than the Archbishop. Although the body appears to be no closer to a vote, progress has been made behind closed doors in the construction of a straw man, who was taken out for a test run the other day. Critical senators have delayed proceedings until they are assured that there are adequate protections for churches and other groups so that they will not be in violation of the law if they decline to perform marriages they find morally objectionable. This is a righteous concern of the lawmakers, who correctly anticipate a stampede of irritable lesbians whose primary motivation to marry is to really piss off the church. It would be a terrible thing to have officers of the law present in church ceremonies to assure compliance, monitoring events so that the wedding vows are not administered with crossed fingers or a tone. They won’t stand for that, sir; they won’t have it. 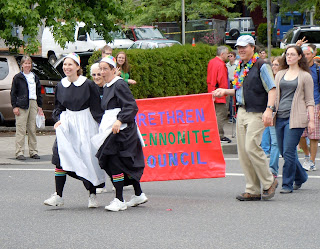 Many churches have presided over gay weddings for decades, if not longer, of course. The rights in play here are civil ones. Still, it pays to be careful lest the ministers of New York be strapped to their altars and mandated to bark out a state-issued diversity script before succumbing to the heebie-jeebies. Additional legislation is contemplated that would protect the churches against forced sacrifice of goats. It’s a slippery slope. Even Lutherans, not known for agitation, are looking into defining a covered-dish as something involving green beans or tuna, lest a cannelloni contingent gain the upper hand.

Call me nostalgic, but straw men just ain’t what they used to be in the glory days of the push for an Equal Rights Amendment. That amendment was a pretty simple proposition on its face, but somehow it boiled down to a threat that women would be required to learn how to use a urinal in public, and sign a guest-book indicating the number of penises they had observed personally, with maybe room for a comment section. 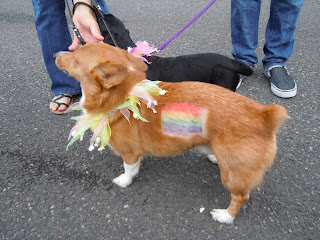 In other creative endeavors, legislators are looking into the possibility of declaring gay Americans to be three-fifths human, for which there is at least some historical precedent. Some sort of compromise might be reached. Gay marriage may be conditionally granted conferring three-fifths of the rights of Reg’lar citizens (hospital visitation, jewelry, joint dog ownership, up to but not including Social Security survival benefits and the holding of hands in public); the ceremony can proceed through “for richer for poorer, in sickness and in health,” and so on for three-fifths the customary length, but stopping well before the kiss, which coincides with the onset of the jim-jams in susceptible people.

Failing that, we’ll just have to wait a few more years until the actuarial asteroid of youthful ascendancy kills off the dinosaurs.