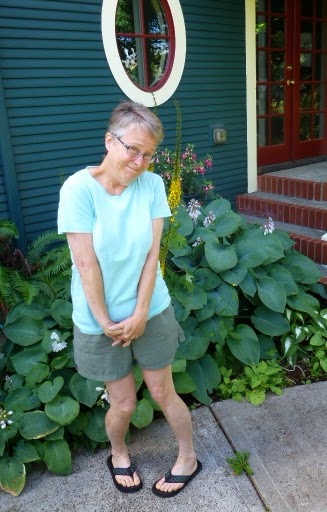 I’m a writer. I guess that’s so. I really hate to say it out loud, though. It comes up in conversation and then I have to just blurt it out, all squirmy, my hands twisted together, my shoulders tucked up under my ears. I look like a little girl who has to tinkle.

Problem is, it sounds so insubstantial and precious. “I’m a writer.” What’s that supposed to mean, in the real world? It’s like saying “I’m a picker.” It doesn’t give anyone much of a purchase on what you do. Do you pick melons, mandolins, boogers? So people ask. They say, “Oh! What is it you write?” They almost have to. You tell folks you’re a writer and that’s the first thing they say, out of sheer politeness. And I squirm some more, because really there are a whole lot of things I write besides this here blog, and those things don’t necessarily have much in common, and one wants to be informative, but I usually say “oh, mostly humor.” Here’s the thing. There  is no way to say you’re a humor writer that is funny. In fact there is nothing duller than the phrase “I’m a humor writer.” People smile uncertainly and then they’re off to see if someone’s opened the merlot.

Besides, only a tiny number of people who describe themselves as humor writers are actually funny. So I squirm. Because the only truly appropriate response to the statement “I’m a writer” is: well, lah-dee-dah. 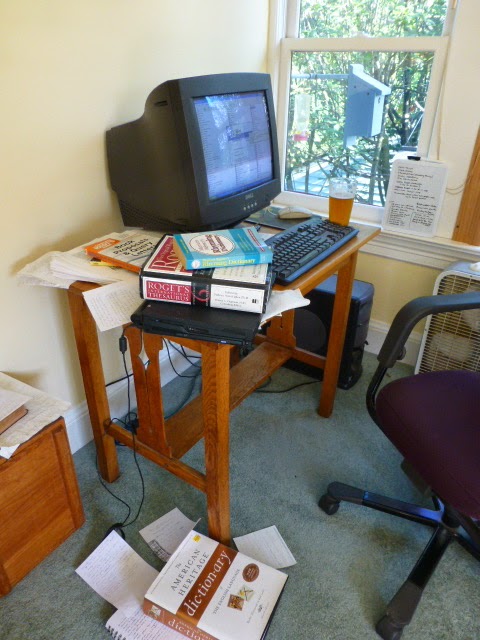 The thing about those infinite monkeys is that it’s entirely possible they could hammer on those infinite typewriters and never once get anywhere with Shakespeare, or that it could take an infinite amount of time, which is virtually useless, especially if you’ve still got to get one more load of laundry done before calling it a day. If you’re a good writer, which Shakespeare is reputed to be, you don’t need that many monkeys. A few dozen, tops, and some of them should be trained. You need some to round up verbs, and others to throw poop at pretension, and the rest of them can just fly willy-nilly around the room, while the writer squints at them until they resolve into metaphor.  Good writing is all a matter of recognizing patterns in seemingly random monkey mayhem.

So there. I’m a monkeyherd. Is there any more merlot?