Top Of The Line, Bottom Of The Cage Reportage 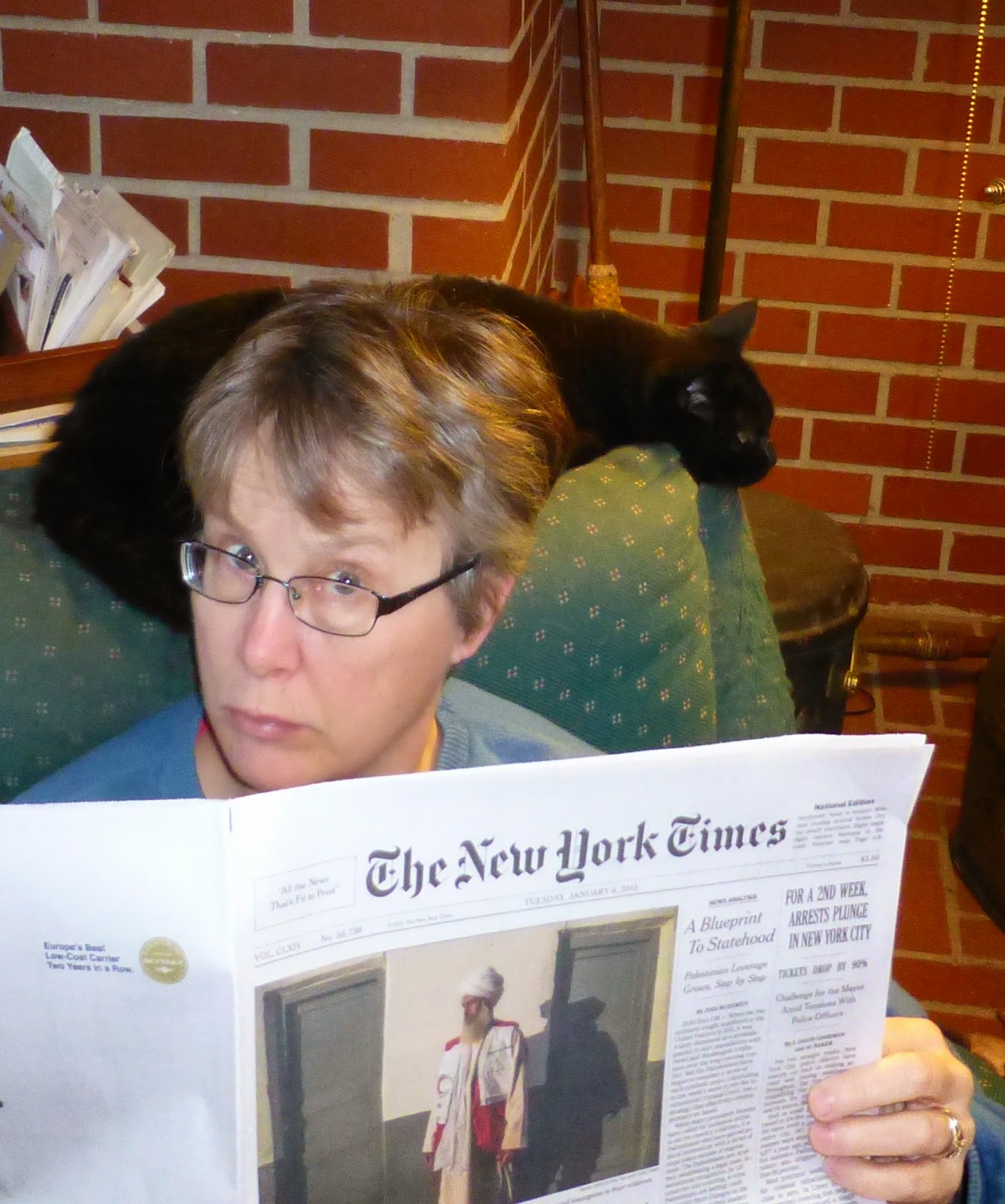 We used to have two major newspapers in this town, but a long time ago one of them went away, and we were left with The Oregonian. I had a comfy enough relationship with it. The editorial staff didn’t make me nuts–they more or less reflected blue-state values. Some of my friends complained that they didn’t advocate strongly enough for dragging capitalists behind coal trains, or weren’t completely on board with the free lunch program for migrant honeybees. But it was pretty good. They even employed a tame conservative columnist just for balance, although eventually he left out of sheer loneliness.

Sometime in the 2000s, though, it actually got pretty good. The newsroom employed some 315 reporters and many of them were permitted to do good work. Pulitzer prizes began to pile up. It was rated one of the top ten newspapers in the country, even being compared favorably with The New York Times, which edged out The Oregonian only in its more in-depth coverage of Portland, Oregon. Then something happened.

A new publisher rode in with some exciting new changes in his saddlebags. The previous editor left for a position at a fictional university. At first the only thing that looked different was a nice, modern, slim silhouette. You could read some of the sections through other sections, a real time-saver, and the world news section could double as a coffee filter. The bulk of the news staff was invited to explore exciting new opportunities elsewhere. An exciting new Online Presence was announced. A streamlined new look was achieved by trimming away news and substituting Content. The paper was to be not only fashionably thin, but also shorter and narrower through the hips. In a particularly exciting development, home delivery was to be reduced to four days a week. People were disappointed at first, until it was explained that this was to be Wednesday, Friday, and Sunday, with a bonus paper on Saturday, when previously we only got a regular paper on Saturday.

A version of the paper was printed on Mondays, Tuesdays, and Thursdays also, and readily available a few blocks away in a box next to Gimme A Quarter Guy.

We awaited the new version with much anticipation, and the first day it plinked onto the porch we ran out to fetch it before the wind kicked up. It was adorable. Parakeet owners were forced to get three subscriptions to maintain their former avian hygiene standards, but everyone else was pretty thrilled with the time they saved by being able to read the whole paper on the way to the recycling cart. We began to look forward to the wallet-size. 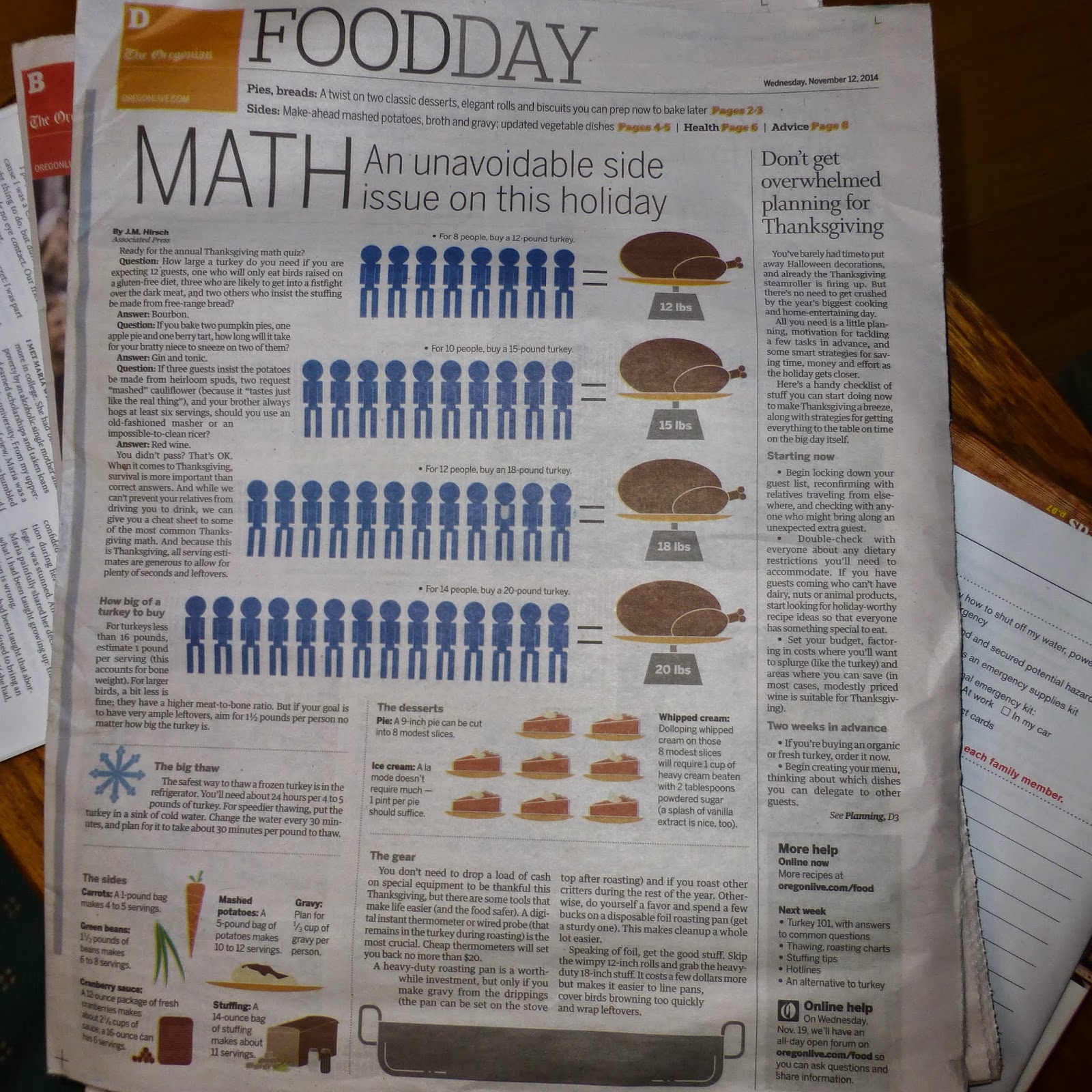 Further economies were achieved by reducing the 315 reporters to a nimble crew, Fred and Ethel, who distinguished themselves with a fearless focus on the proclivities of famous local penis owners. Meanwhile, content soared. A good half-page a day for the entire month of October was given over to a Candy Bowl bracket, in which concerned citizens were able to weigh in with their allegiance to Twix over Snickers. And we were soberly informed that fully half of pet owners were planning to dress up their pets for Halloween. Continuing topically into November, we were blessed with an entire page devoted to the advice that you should figure on one and a half pounds of turkey per Thanksgiving dinner guest. This was accomplished through a large graphic with human figures borrowed from bathroom doors on the left, and turkey outlines on the right. If you could get all your dinner guests to line up so you can count them properly, and you have a straight-edge, you’ve got a good chance of getting the math right.

Meanwhile, the editorials began to sour. First there was concern that local government kept trying to govern when there were still potholes to fix.  Then came the concern that the government was going to fix potholes by levying a tax. Tax bad. Environmental concerns were considered precious but immature. Graphics were trotted out to illustrate the concerns of the publisher, using oil-well icons that resembled spurting penises to represent, of course,  jobs. For balance, three-quarters of the front page was devoted to a photograph of a rainbow. Because we like rainbows. And the seven-day forecast on the weather page was replaced with a permanent seven-decade forecast in which each decade was represented by a sun and a temperature that does not change, with more little job icons at the bottom.

And then the paper decided that what the readership really craved was to have the comics printed in color every day.


That’s where I draw the line. Pomegranates should be available only two months a year. Christmas lights should not go up until December. And comics should be in color only on Sundays. I don’t want to live in a world where everything special is taken away.