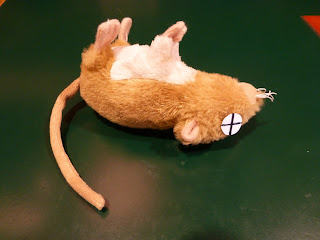 So how did the Russian Space Gerbils and their friends fare? Not so good. The space lizards returned in the same nonchalant state they left, although behavioral experts caution that reptiles play things pretty close to the vest anyway, and reliable inferences about their emotional state cannot always be made. As the former caretaker of an iguana, I can attest to this. I enjoyed believing that Sparky was genuinely fond of me, but lizards walk a fine line between affection and thermoregulation. Anyway, half the space mice died, proving the value of seat belts once and for all; and every one of the gerbils appears to have fatally freaked out. From the standpoint of Mongolian gerbil eradication, the mission was deemed 100% successful, and costs are expected to come down over time. 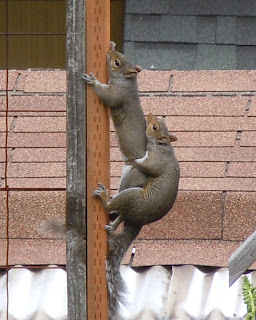 The truth is, whatever gerbils didn’t die were slated to be murdered and examined right here on earth anyway. I suspect that the real reason gerbils were sent to space is that there is someone in the Russian space hierarchy who has it in for gerbils, and bad. I can imagine things coming to this extreme because I am living with a man who loses all sense of proportion when it comes to Eastern Gray Squirrels. He hates them. Ignoring his repeatedly-demonstrated historic inability to kill anything (a trait that helps me sleep at night), he keeps threatening to get a gun and create as many squirrel smithereens as he can.

They don’t bother me much. I do want to discourage them from hoovering up all my bird seed, and to that end we purchased a splendid Squirrel-Proof Feeder, one that shuts down the feeding holes if something as heavy as a squirrel clambers onto it. I could have opted for the other kind, the one that triggers a catapult and flings the squirrel at warp speed into the stratosphere when he leans on the perching bar, but I visualized endless cleanup of rodent schmutz on my siding and Dave slowly wasting away, unable to peel himself away from the window.

I trace a lot of this animosity to the Corn Nuts And Baggy Shorts Incident of 1994, but the man is capable of making distinctions. He seemed to enjoy the strenuously adorable Abert’s squirrel, with its Ears of Exuberance, that we saw in New Mexico. But probably he tolerated the Abert’s squirrel because it was in New Mexico, and not here. The reason he hates squirrels is he has an easily stimulated fret center in his brain, and he believes squirrels are devoted to destroying our house. All of them. They want to scurry into our attic and tear 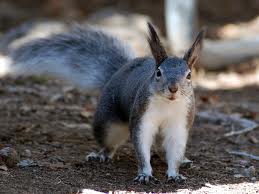 up our insulation, and then they want to dine on our electrical lines. At some certain point in our future, Dave believes, our house will burst into flames as a posse of evil squirrels chuckles from the neighbor’s roof. He does not believe his obsession is unreasonable, because he has a reason, and the reason is that this is what all squirrels want to do. Only the vigilance of his fretting has warded off this eventuality so far. If Dave had the money, he would totally blast the squirrels into space. All of them. Even if they’re not all Muslims.