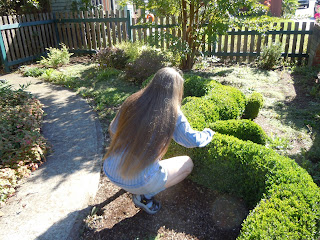 If you can use your own hair to floss for dingleberries, is it time for a haircut? 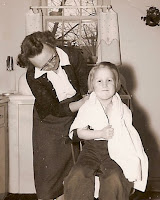 Lest anybody tell you otherwise, I have a lot of hair. It’s just that half of it is no longer attached. It’s all over the house. It gallops along the baseboards, it clumps up in the recliner, it lurks in the drainpipes. There’s no denying it, either. When your guest begins pulling a strand from the casserole, and is still pulling it a minute and three feet later, it’s mine. Lazy birds scope out my hairbrush for pre-fab housing. 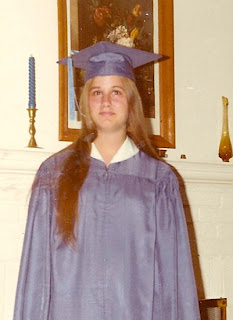 Most of my life I’ve had either very long or very short hair. Mom used to stab a barrette in it that would stay all day. The clotted blood probably helped. As a teenager I grew it out. I parted it in the middle and sent it to my waist without detour. I dried it into a perfect curtain while pressed up against the back of the sofa, and if an unauthorized pleat showed up, I ironed it out. There wasn’t a crinkle in it. It was perfect mid-1960s hair, and it was my adolescent ace in the hole. I may have had to shop at Lerner’s, but I didn’t have to sleep on soup cans to straighten my locks. 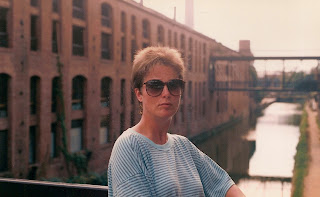 My favorite all-time haircut was a buzz job that stood straight up if I put enough product in it. If I got it cut in the evening, it would look fabulous until about four o’clock the next day, and then I needed a haircut again. I’ve never been able to part with the cash for makeup or frequent haircuts, so I had to let that one go. Various in-between efforts were stick-straight and limp, so sometime after age 50 I went for the long again. I braid it to keep it from jumping ship every minute of the day. But it’s falling out, and here’s the thing: now it’s not coming back. I finally realized this one day when I had Section One in my hand to begin my braid and went for Sections Two and Three, and they weren’t there.

This is another of those tricks that those comedians the Hormones play on you. After a certain age, your hormones inform you that you are no longer of any use to the gene pool, and so you will not be needing your looks, and that includes your hair. Where once you had hair with no body, now you have body with no hair. Without getting into too much detail, this can be okay in some areas, but in other areas you’re going to miss it. 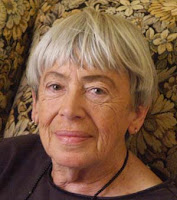 So now I have a braided tail that would disgrace a damp whippet and my face is getting wider and taller. Am I keeping it long because I have so little left? And if so, how much less pathetic is that than a comb-over? Something must be done. I have an idea what a lopped version might look like, but it is Ursula Le Guin’s literary prowess, more than her haircut, that I aspire to.

So I hesitate. But I had the right hair when I was thirteen years old and it mattered the most, and you can’t take that away from me. And when I’m sitting on the toilet, I still have a couple of options available to me: turn my head, and coif.