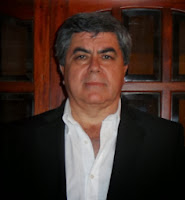 Jorge Odon, an Argentine auto mechanic, has come up with an invention to aid labor during a difficult childbirth. You’d think he’d be a natural, being already familiar with adjusting the timing and cleaning the plugs and lubing, plus he has the little rolly-thing to slide under the chassis. But this idea he got from a party trick he’d seen for getting a loose cork out of an empty wine bottle. The only method I know of for getting stranded corks out of a wine bottle would not be of much use in childbirth unless you were hoping for a nonfunctional baby, and that’s a whole different kind of zzzzt zzzt whoa.

Women whine about childbirth but it’s totally natural. If it was meant to hurt we wouldn’t have been equipped with rubber hipbones and pleasant temperaments. Why, all you have to do is sneeze and the baby shoots right out of there. And it’s on its own little string like a paddle-ball set so it’s easy to retrieve. It’s a snap.

I have never personally given birth, but that’s what I hear. 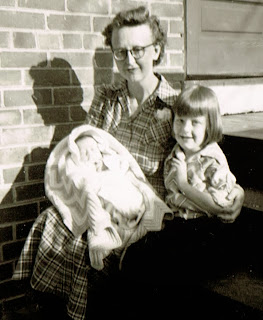 It was a snap for my mom, that’s for sure. She showed up at the doctor’s office at the time on her appointment card and took a long nap during which I was somehow extracted, and when she woke up I was all wiped off and bundled up and handed to her, easy as pie. According to the social norms of the time, everyone agreed to agree that I was her baby, even though the doctor had plenty of time to shop me around or make substitutions. I was small, about the size of a large Virginia peanut, and probably not real marketable. Although there are no witnesses extant, the odds are good I was mined out with the aid of forceps to the skull. To this day there is a spot at my temple that, if pressed on, makes “Vaya Con Dios” go in a loop in my brain, and there’s no other explanation for it.

My mom never supplied me with any information about where babies came out of. It’s possible she didn’t know for sure, inasmuch as she was conked out at the time, and it involved an area of the body that we didn’t officially have any of in our family.

Anyway it’s the extraction part of this that our auto mechanic has addressed. Apparently, you can get a

stranded cork out of a wine bottle by introducing a plastic bag into the neck and blowing it open. It somehow surrounds the cork, which can then be pulled right out. Mr. Odon got to thinking something like that would be easier on a recalcitrant wedged baby than big tweezers. He tested out the proposition and ended up with a plastic bag that goes only so far in as the baby’s head, surrounds it, and from that point it’s a relatively easy tug. The hard part is over for mom, and all that’s left is the minute-to-minute monitoring for the first few years, maintenance, sheltering, feeding for the next thirty, and worry for the rest of her shortened life.

You’d think that putting a plastic bag around a baby’s head would be detrimental, but the baby isn’t breathing until it’s out and someone smacks it. Plus it’s super efficient. You can pop the bag to get the baby going, or wake up mom, if applicable. Or, if things don’t work out right, you have your disposal system right therzzzzt zzzzztkrak


That lightning bolt gets closer all the time.

Anyway, I think it’s a great idea. I’m going to try it. The cork trick.