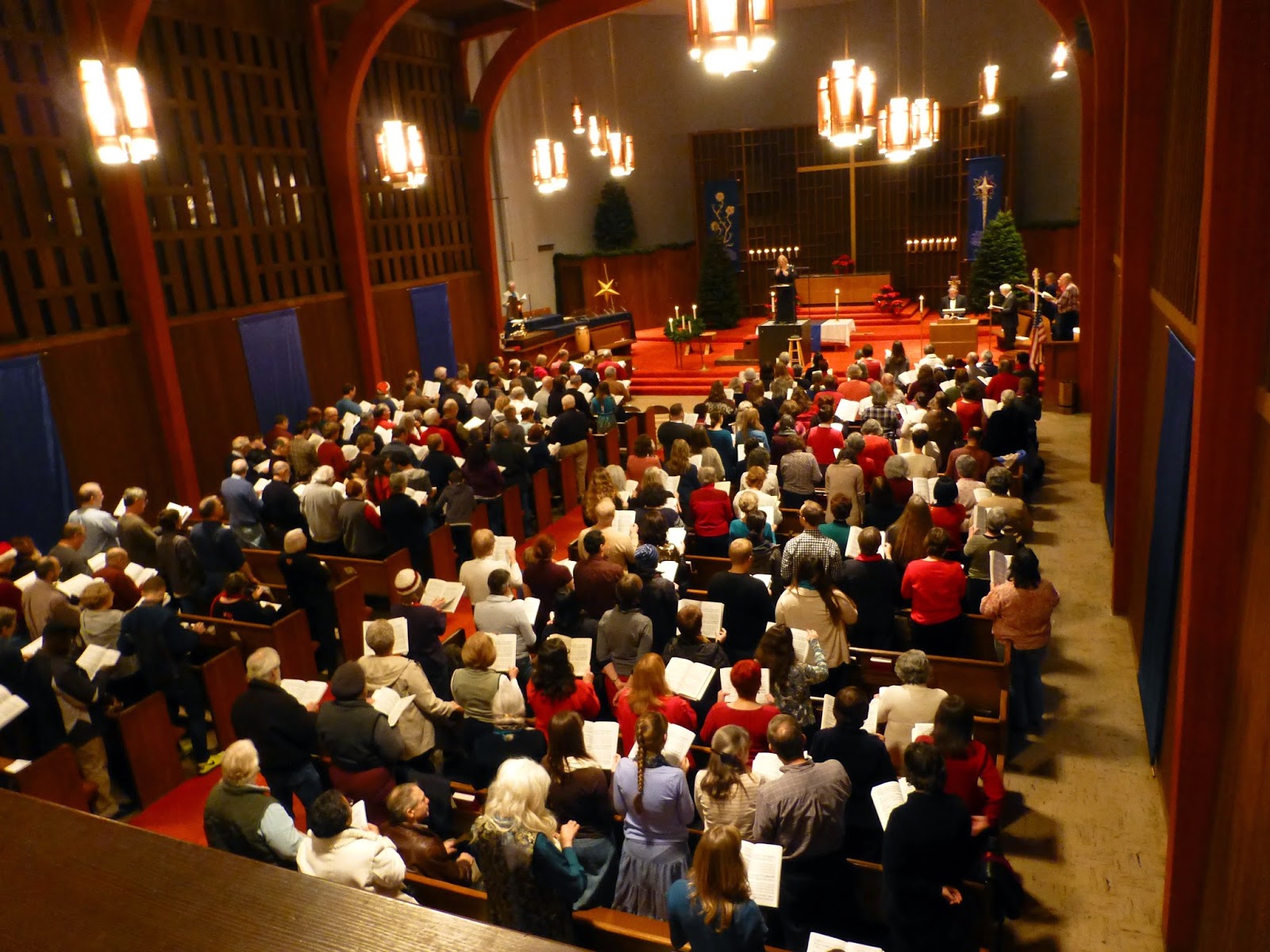 Every year as Christmas begins to look more and more inevitable, I go out in search of a Sing-Your-Own-Messiah. It’s not as daunting as it sounds; generally a whole lot of other people show up to help. A Lutheran church within walking distance has been pretty reliable about throwing this particular party for a while now. Folks converge on the place and there’s an attempt to group us into the component voices as though we were a regular choir, but people want to sit next to their spouses and friends, and the balcony is a total catch-all for the latecomers, and what with this and that, we resemble less a force of standing armies than a rag-tag assortment of conscripts. This does dilute the sopranos somewhat, which is helpful, because otherwise they would totally kick everyone’s asses.

Most of the people who show up are either in choirs now or they used to be, like me. And everyone who is now or ever was in a choir has sung Messiah. The choir director perched herself on a big box where we and the organist could keep an eye on her. This was meant to be an ecumenical outing, but just for fun, she started out by saying “the Lord be with you.” Whereupon the 400 assembled bellowed “and also with you” while I antiquely hollered “and with thy spirit.” She smiled. “I thought there were probably some Lutherans here,” she said, to chuckles.

Well. And one fossil Lutheran. 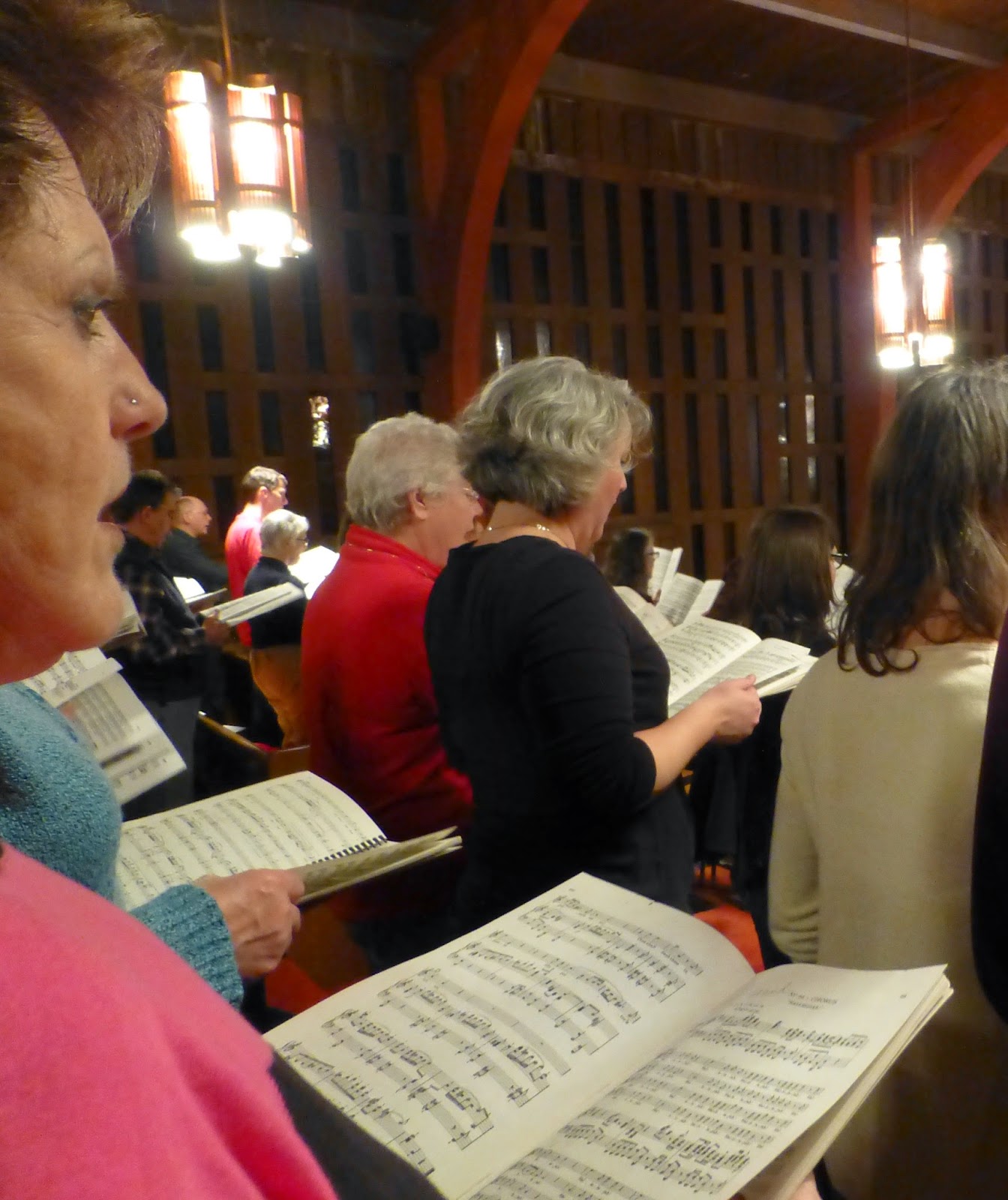 Then it was down to business. Anyone interested in glory to God was in the right place. We thundered. We roared. If goodwill toward men was in short supply elsewhere, it was not our fault. We sounded awesome. Everyone was in spittle-flinging distance of at least one knot of sopranos, which meant there was no reason not to give it everything you’ve got, because no one is going to hear you anyway. The effect was electric. We were very pleased with ourselves. It could be said we were in need of a cleansing dose of humility, and that was not long coming: for He shall purify.

The challenge is a little greater if your voice, like mine, is no longer the one you learned Messiah with. This means you have to sight-read your part, and that works fine for a whole lot of it, but sometimes your sheep go astray, and you have to sideline yourself and figure out where to hop back in, like a kid doing double-Dutch jump rope. And the sad truth is, it’s not as much fun being an alto. No one can hear you. Your glory is less glorious. So, once my vocal cords got as stretched out as they were likely to get, I occasionally jumped the curb over to the soprano line to see if I could hold on.

I might as well have had an amputation. There’s only so far this valley will be exalted. I reared back and prepared to bellow but all I got was phantom notes: I could feel where they used to be, but they weren’t there anymore. 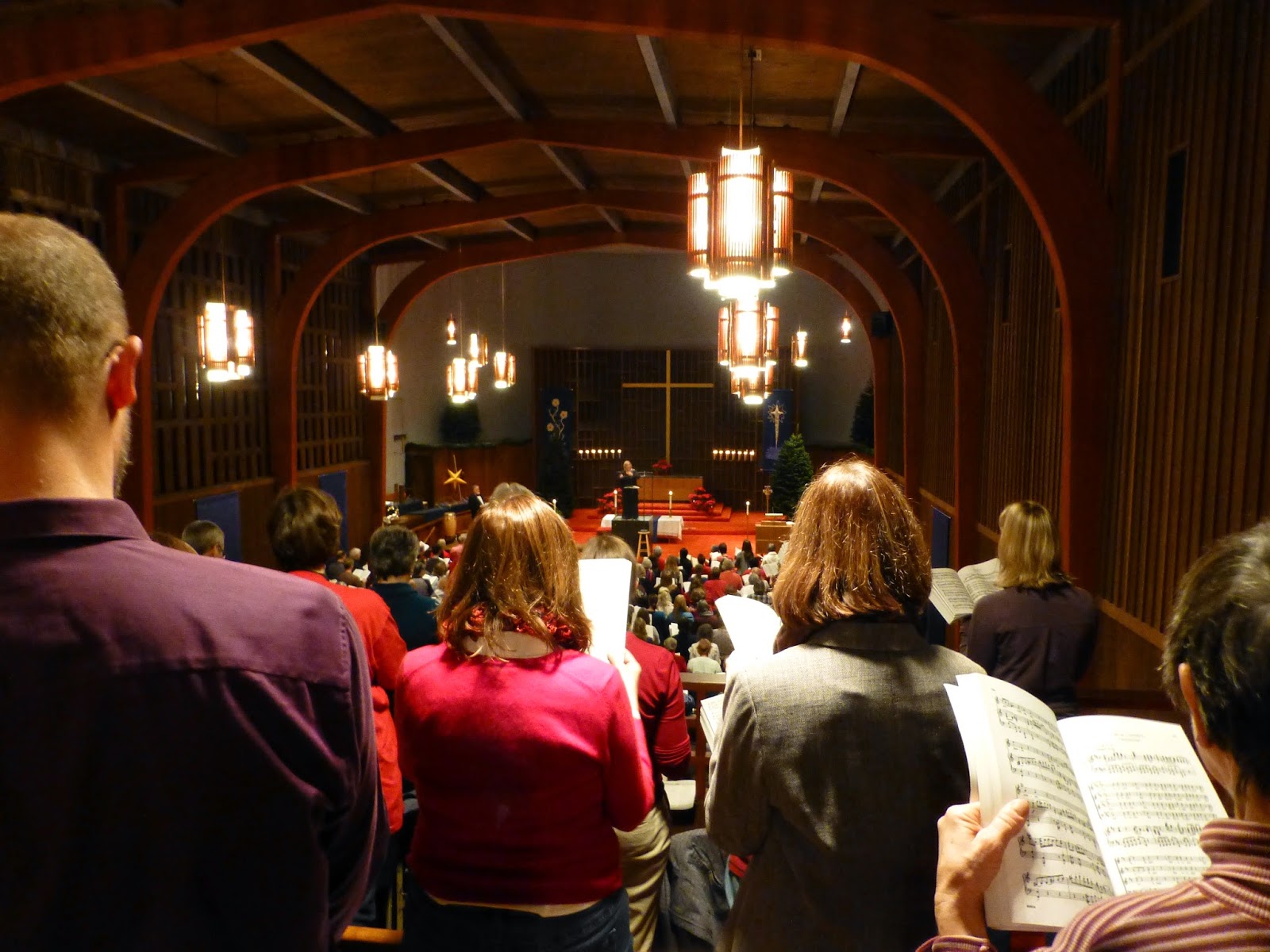 It was a different phantom I experienced when I went to my first Sing-Your-Own-Messiah, some thirty years ago. I’d read about it in the paper and thought, what the hell. I’ll just hold it down to two beers and go give it a whirl. Sounds like fun. I used to know this. And off I went. I slotted myself optimistically in with the sopranos and we let ‘er rip. Before long I was weeping. I felt the phantom: it was what used to be my life. It was everything that was missing now.

I’d had unanticipated trouble in college. I was buffeted by panic attacks for which I had no name. By my junior year my self-confidence had sheared off in sections and tumbled away. I couldn’t come up with a reason anyone would love me. Nothing like this had ever happened to me before, but beer magically made it all better. Every night for fifteen years I drank enough to muffle both pain and joy, and then Handel went and tilted his wigged head at me and said, you know? Here. It’s right here. Here’s the joy you used to feel.


I didn’t go home and take a hatchet to the keg. But I started to remember things. I remembered beauty. I remembered gladness. I started to do some of the things that used to thump my heart. I drew. I played piano. I read books. I couldn’t do them very well if I was drinking, so gradually that fell away. The spontaneous ecstasies of my childhood came back. Not religion, but beauty and joy that sometimes share its path. There is more than one way to be born again.

I don’t mind settling for the alto part. Handel, that other fossil Lutheran, is still winking at me from three hundred years away. He says I can still have beer.