Welcome To William And Ole’s Crapasbord 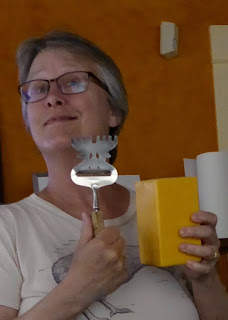 If you, like me, are hanging off the left side of the political spectrum, you already know that cultural appropriation is bad. (If you’re not, you’ve never heard of it.) Here’s the deal: if you’re in the dominant tribe, you’re not supposed to swipe some other tribe’s stuff as though it’s just yours for the taking. It’s disrespectful, and if you’re capitalizing on it, it’s unfair, because you have more resources at your disposal. Bo Derek shouldn’t cornrow her hair and act like she invented it. White hippies at the Eugene Country Fair have no business erecting a totem pole. Whatever Miley Cyrus is doing with her fanny, she should stop right now. A lot of this comes down to who has the money and power and who does not. There’s a fine line between cultural appreciation and cultural appropriation, and we’ve been instructed to pay attention to where that line is, so mostly I do.

I’m willing to listen and learn and I do know that it’s never up to me to decide what other people shouldn’t be offended by.  But I’m not persuaded that a lot of harm has come to anyone because white people are opening fancy restaurants that don’t serve White Food, whatever horror that is. I’m not saying I’m right; I’m saying I’ve yet to be persuaded. 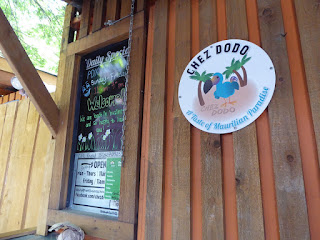 It gets fraught in a hurry. The immigrant Dagnabbian population is concerned about some white guy opening a Dagnabbian Fusion restaurant and appropriating the cuisine that had been passed down to the Dagnabbits through the ages, without even any respectful attribution. Except for it being referred to as Dagnabbian Fusion cuisine in all the fancy magazines. And meanwhile people are catching on and the Dagnabbian food carts are pulling in cash hand over fist without even having to pay for a brick-and-mortar establishment. And some are aggrieved by the place even being referred to as Dagnabbian because it is not authentic: their grandmothers would never have failed to include the seasoned fish eyeballs in the broth, and you mustn’t use linen placemats on Wednesdays. On the one hand, you must acknowledge your Dagnabbian appropriation. On the other hand, you’d better not. 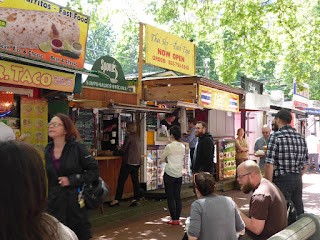 People, meanwhile, are following their tastebuds.

Disclaimer: I am fish-belly white. It wasn’t anything I planned–it was more of a collusion between my parents–but when I came out the chute, that’s how I turned out. Not saying I wouldn’t have planned it this way if I could have. It’s totally awesome being white, most places. You have to live with blotchy, unattractive skin, but you can also live your whole life assuming no one is looking askance at you, not police, not your neighbors, employers, shopkeepers. If there’s anything standing in your way, you may rest assured it’s probably you. 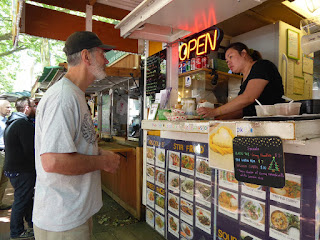 So I’m not complaining.

But if I were a creative chef and had to dance with the ones what brung me, what would I have to work with? Norwegians are swell, and the invention of the little cheese slicer cannot be praised highly enough, but these are people who eat canned corn during corn season. The English wrote some fine sonnets and some sturdy laws too, but they boil hamburgers. Heritage will take you only so far. “William and Ole’s Crapasbord” is not going to fly. Nobody’s going to be breaking down the doors for the lutefisk and kidney pie. Investors will be sorely disappointed and the proprietor will probably be legally compelled to publish an apology to the community in the business section.

So if a creative white person can’t appropriate someone else’s superior culture in her kitchen, and the only way for her to not rub people the wrong way is to open a Swedish massage, what are we forcing her into? What historical line of work is left for the heirs of this dour, pale culture? Basically, knocking people over the head. Empire-buildin’ and slave-holdin’. We got enough of that going on right in the financial sector. It don’t make it right.

Besides, what’s the point of overrunning all those countries for all those years if you can’t steal their stuff?