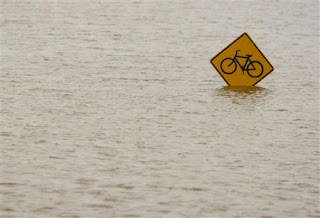 May 1, 2010. 2.2 billion of the world’s top climate scientists today concluded their convention by signing a statement that global warming is a largely man-made phenomenon and a dire threat to the viability of the planet, and urged immediate action on the part of the nations of the world to combat it.

May 10, 2010. President Barack Obama held a press conference announcing a major new initiative to reduce atmospheric carbon. He outlined goals and targets and directed the houses of Congress to work together to achieve them.
May 11, 2010. House minority leader John Boehner (Republican-Ohio) held a press conference backed by an American flag, a Don’t Tread On Me flag, three disgruntled archaeologists and an oil executive with a backyard weather station. He stated his opposition to all efforts to reduce carbon in the atmosphere and put forth a new plan calling for increased investment in air-conditioning for the next twenty years to tide us over until the oil runs out.
June 18, 2010. White House Chief of Staff Rahm Emanuel was revealed to have written, in a private email to a friend, that Rep. Boehner “is a total doodoo-head.”
June 19, 2010. Rep. John Boehner, speaking to commentator Sean Hannity (Republican-Fox), retorted that Rahm Emanuel was a doodoo-head. “No, YOU,” he explained.
June 20, 2010. Sarah Palin, posting on her Facebook page, demanded that Emanuel be fired and then waterboarded for “insulting the crappo-cranially challenged community.” 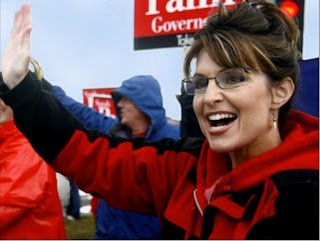 June 22, 2010. Katie Couric, in an interview with Sarah Palin, asked for a clarification. “So are you saying it is offensive to call a Republican a doodoo-head, but not offensive to call a Democrat a doodoo-head?” Ms. Palin, chuckling, explained that Democrats actually are doodoo-heads, which makes it funny. “But–” Couric began, at which point Palin struck a pose and said “Talk to the hand,” immediately regretting it.
August 3, 2010. House Democrats easily passed a bill requiring carbon levels to be reduced to pre-1918 levels by 2015.
December 22, 2010. The bipartisan Senate Committee On Global Warming Posturing, after months of negotiation behind closed doors, produced a draft suggesting that new vehicles be required to come equipped with cloth grocery bags and a pre-programmed set of GPS directions to the nearest recycling center. Progress on the bill was halted when Senator Ben Nelson (Democrat-Nebraska) withheld his approval until the Senate agreed to include funding for the Ben Nelson Recreational Center For The Crappo-Cranially Challenged outside Wahoo.
January 4, 2011. Progress on Obama’s Cool Beans Initiative was stalled today when Senator Robert Casey (Democrat-Pennsylvania) proposed an amendment specifically prohibiting any federal funding of weatherization projects at abortion clinics.

January 5, 2011. Senator Diana DeGette (Democrat-Colorado), rising to speak on the subject of the Casey Amendment, exploded on the floor of the Senate, shutting down all activity until the seats could be wiped down.
January 23, 2011. Senator Joe Lieberman (Nincompoop-Connecticut) refused to vote for the draft bill in its current form. “Weh, weh, weh,” he reasoned in an interview on CBS Sunday Morning. “Bluh, bluh,” he later clarified.
February 12, 2011. Without enough votes to counter an expected Republican snitfest, the Senate tabled a vote on the proposed climate legislation and moved to reconcile bills with the House version. Speaker Nancy Pelosi (Democrat-California) noted areas of overlap that could lead to a compromise, suggesting that, for instance, in place of “increase vehicle fuel efficiency standards to 98 mpg,” they might require that new vehicles, starting in 2025, be painted an attractive shade of green. Clutching talking-points memos, House Republicans fanned out across the nation, thundering identically that this would be a blow to Americans’ freedom. 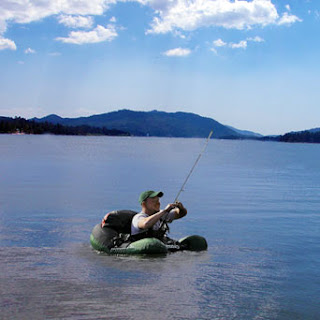 February 15, 2011. Tea Party activists stormed town halls across the Midwest shaking Matchbox cars in rainbow colors. Speaking from a personal flotation device north of the Bering Strait where
he had gone for a week of fishing, House Minority Whip Eric Cantor (Republican-Virginia) called for a do-over. “Realistically, the only thing we can do now is start from scratch,” he intoned, smoothly reeling in a trophy marlin.
By Murr Brewster|2021-11-09T21:30:35-08:00February 13, 2010|Uncategorized|6 Comments