What Creek Is This, And Where’s My Paddle? 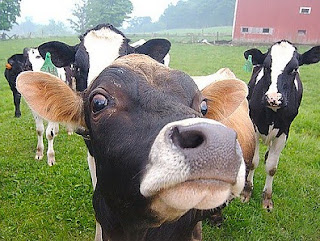 Probably every one of us remembers exactly where we were in April when we heard that distant rumbling, followed several minutes later by a sustained ralphing sound. As we all know by now, of course, that sound was issuing from the Bartelheimer Brothers Dairy in Snohomish, Washington, where a lagoon containing 21,000,000 gallons of liquefied cow manure ruptured and emptied its contents into the fields and then into the French Slough, a tributary of the Snohomish River. (Efforts are already underway to change the name of the French Slough to reflect current popular usage, according to Darryl Dimrod, the widely-grinning proprietor of Snohomish Paddles-R-Us.) 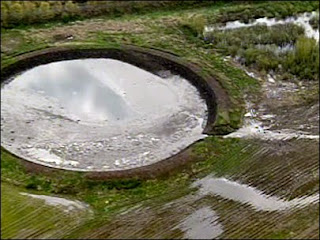 This is a poop breach of almost unimaginable proportions, although, speaking personally, it does bring to mind a certain difficult afternoon in late November, 1975, and doeesn’t it suck to be a bicycle commuter sometimes?
As yet there is no explanation for the massive failure of the dike. “It’s a known hazard,” admitted a local dairyman, intimating that any effort to contain huge quantities of shit is bound to lead to a blowout sooner or later, which has certainly been my experience. But this begs the question why anyone would deliberately maintain a lagoon of 21,000,000 gallons of liquefied cow poop in the first place. 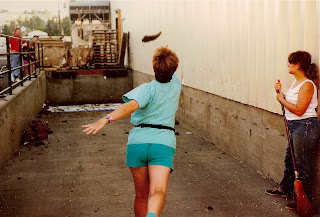 It would be one thing if the lagoon contained 21,000,000 gallons of bird poop–in fact, that would really be something–but whereas cow poop starts out liquid, it tends to jell up right away, like the squirtable mashed-potato machine at Denny’s. The cow flop then dries up and can be used for cow-pie-throwing contests (that’s me in eastern Oregon, c. 1990), home insulation, and, notably, fuel. In many areas past and present, cow pies were a primary source of fuel for cooking, which probably took a little of the sting out of your occasional potato famine.
Many animals, such as the llama, the guinea pig, and various birds, are fastidious about their poop, making an effort to eliminate outside their immediate environments–nests, cages, trails, etc. Cows have never been observed to back up to a lagoon to make deposits, rather, letting the chips fall where they may, and yet they are just fastidious enough to avoid pasture that they or their friends have pooped in. Evolutionarily speaking, this has led them to be nomadic in nature. In confined areas such as a dairy farm, it is advisable to remove the chips, and bingo, there’s your poo-poo pond.
This means that a number of good American jobs are to be had in Dairy Poop Lagoon Maintenance. Several workers must be employed to tip those pasture pastries up on end and roll them up to the lagoon, where, presumably, several more workers are on hand to add water and stir. A third contingent is responsible for coming up with a side dish. 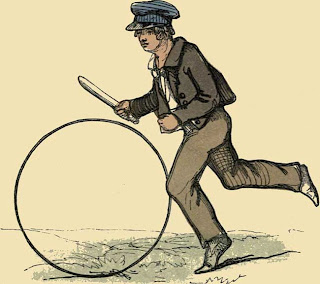 Due to my inherent queasiness, I prefer to visualize the first group of employees dressed in short pants and funny hats and rolling the cow pies down the lane with a stick. They would be cheerful and carefree like the sepia-toned children of yore, who rolled hoops in the days before electronic (“real”) fun was invented.
Any one of these fine American workers could have been in a position to put his finger in the dike at Bartelheimer Brothers Dairy at the first sign of trouble. He would run the risk of becoming sepia-toned, but it seems to me he would also be in an excellent position to negotiate himself a pretty healthy pay raise.
By Murr Brewster|2021-11-09T21:28:06-08:00June 12, 2010|Uncategorized|19 Comments