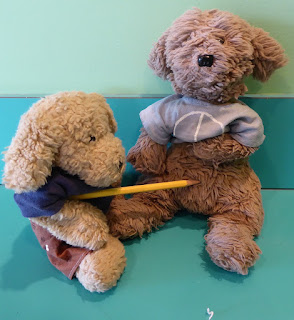 I might have recently referred to fiber as the scrub brush of the intestines. Move it along, fiber says, slapping its little nightstick in its little palm. Without it, your poop has no motivation. That’s sort of the way people looked at fiber for a long time, but it turns out to be not exactly true. Fiber is way more important than that, and it is implicated in way more health issues, although unmotivated poop is no bag of giggles.

It all has to do with those bacteria we’re all harboring. Bacteria, some of them, eat what we can’t eat, like fiber. We didn’t invite them, actually, but they go where the food is, like everyone else, and we’ve set up the big buffet in our intestines, and word got out.

Every living thing is all about finding energy to operate. Plants, bacteria, us, we’re all looking for fuel. If it were not so, the people who study us would be called geologists. So we eat plants and animals for energy and bacteria finish off the bits we can’t. If we never had them, all our food would slide out with the nutrients removed but otherwise recognizable and ready to plate up again. But because we have evolved with the bacteria, at this point we need them. And since they’re here, we have to figure out what to do about them. That’s where mucus comes in. 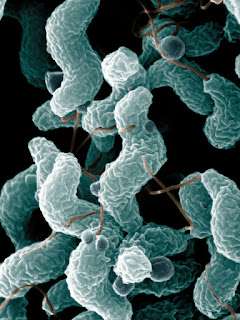 Gut snot, basically. We’ve got lots, and maybe at one time we thought it was about slicking up the poop delivery system, but there’s more to it than that. We need lots of mucus to keep the bacteria away from our delicates. They ride on top of the mucus layer and do their thing and don’t bother us. They also send little chemical messages to our intestinal lining to beef up the mucus. But if we don’t get enough fiber, our bacteria falter and our mucus thins out. That puts the bacteria a little too close to our intestinal walls and that triggers an immune reaction, and ultimately chronic inflammation, which is bad news all around.

It all seems as though it was designed, but that kind of misrepresents what’s happened. Any kind of working ecosystem is basically a truce. If we didn’t have bacteria foraging around us for whatever they like to eat, but instead had packysnappers, we’d look quite different. Maybe packysnappers like to eat fingernails and claws and such, and if we evolved with packysnappers, we’d judge each other’s attractiveness on the basis of the plumpness of our cuticles. Instead, we’ve got bacteria and gut snot.

So that’s the system we’ve got. And that’s why we should be stuffing kale and sweet potatoes into it. And not throwing in stuff like antacids. That’s like putting up a wall. Or threatening to nuke. Not good. That’s asking for trouble. That’s when you get your headache, your nausea, irritability, weakness, reduced kidney function, fascism, and acid rebound.