What Time Is It In Your Pants? 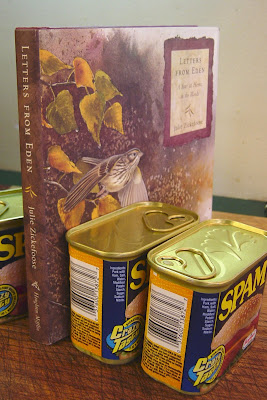 Our amazing friend Scott lives in the country. When one of his out-buildings was burglarized a while back, he suspected the Mexican farm workers down the road. I was startled; I hadn’t thought of him as racist. But he had his reasons. Nothing but food was taken. Scott makes his own sausage, his own cheese, his own wine, his own dang near everything, and his thought was that anyone familiar with the language would not want to tuck into a stinky block of cheese goo that had a big sign on it saying “EXPERIMENT: DO NOT EAT.”

It’s got to be tough to get around in a country whose language is not your own. When I was in school, I learned French pretty well. Somewhere I heard that if you learn five languages fluently, it induces a state of enlightenment, because you would perceive reality directly without language intervening, or something. This seemed like a lot less trouble than becoming a monk, so I went for it. We were big on achieving enlightenment back then; of course, that was before they started making good beer in this country. Anyway, I started in on German as my third language, and what should happen but every German word I learned pushed a French word out of my vocabulary. Eventually I couldn’t speak either one. Merde-Kuchen!

So all I can rely on is English, with just enough French left over to help Dave with the crossword puzzle. But I too am able to finger foreign influences when it comes to my Spam quarantine. For a buck a month, my internet service provider picks up suspected Spam and drops it off into my own personal Guantanamo. I like to go there and peer through the bars. And what I have discovered is that the authors of my Spam are not native English speakers. They are fun English speakers; not native. Otherwise they would not be trying to entice me with a Noontime In My Pants.

Every now and then I have to bail out an innocent, though. My good new friend Julie Zickefoose, a genuine writer who has been pimping my platform big time and seems to be as interested in getting my book published as I am, sent me a letter with the subject line “The poop on your manuscript,” and my program promptly subjected it to extraordinary rendition. There it was, quivering between “Your watch will obey you like a good child” and “get yourself an absolute death to any herpes.”

“Poop on” appears to be the suspect phrase here. I have no doubt that there is a subset of the human race that is attracted to the practice of being pooped on. I’m not naive; I’ve heard of Golden Showers, so there are probably Brown Hail aficionados out there too. My ISP looks askance at this sort of thing, but I’m not here to judge. In fact, if I didn’t think I might get a virus out of it, I might be inclined to see about that noontime in my pants.