What’s That In Your Pants? 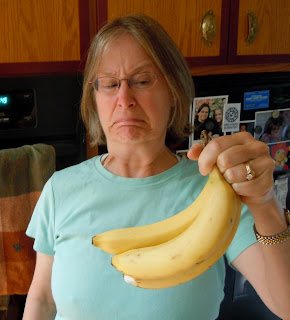 I hate bananas. There, I said it.

I didn’t used to hate bananas. They weren’t anything special, but they were easy to peel and dispatch, and easy goes a long way in my book. They’re high in potassium. You jam one in the top end, and you ward off foot cramps at the bottom. As long as they stayed out of Jell-O, they were okay. But after a few decades of bananas, I began to realize I didn’t like them very much. It took another decade to realize I could just stop eating them. Same thing happened with pot; I’m a slow study.

Then I heard a couple things on NPR that really sealed the deal for me. They said the bananas of my youth had given way to an inferior variety, mealier, drier, and less tasty, because the original kind got buggy or blighty or hard to box up or something. So I wasn’t making it up: bananas are worse than they used to be. The second thing was a statement made to the effect that enlightened American consumers don’t buy bananas. This is because bananas have to be shipped from somewhere else in the world, and thus incur a cost to the planet of fossil-fuel use. Thoughtful consumers try to buy closer to home.

That meant I could now embrace my bananaban with a light heart and a sweet whiff of righteousness. Here was a policy that felt right to my core, in a way that taking short showers with a puny water flow just doesn’t. 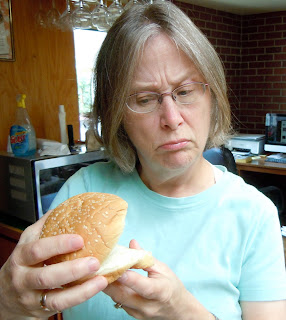 This is the sort of thing liberals are required to think about. We can’t stop thinking about it. Even carnivorous liberals have to think about their hamburgers at the picnic: was the cow contented? Was she fed antibiotics that get into the ecosystem and lower their effectiveness against emerging bacteria that will now rampage through our population with newer and deadlier infections we will be helpless to thwart? Was the bun made from wheat from a farm using unnatural fertilizers that seep into the Mississippi and create a massive dead zone at the delta that will not recover in a zillion years? This is why liberals are no fun at parties. This, and the tofu dip. And this is why liberals wear loud shirts and sandals and assemble their remaining hairs in ponytails the size of noodles, because they want to feel like children, since they can’t stop thinking like adults. And conservatives show up at the picnic dressed like adults, with their minds as delightfully uncluttered as a child’s, survey the situation and think: cool. More hamburgers for me. 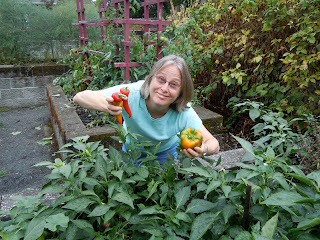 I got to thinking about bananas the other day because I read somewhere that they are an effective remedy for  hemorrhoids, and glad to hear it. That’s pretty close to my best-case scenario for banana placement anyway. I guess you’re supposed to apply just the peeled skin to the afflicted tissues, however. It wasn’t what I was visualizing, but at least this way it doesn’t ruin the trouser line.